9 tech influencers you should know 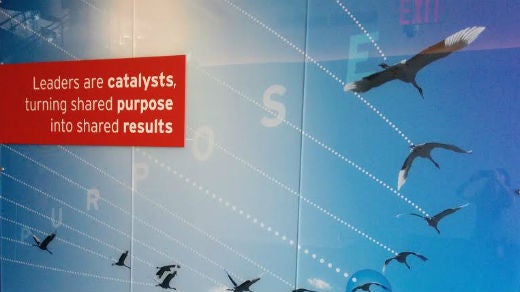 In 2017, I published a list of ten fantastic people who inspired me. In this post, I'd like to recognize some of the people who have influenced and helped me in my open source and DevOps journey during the past year. This list is 100% personal; there is no particular rhyme or reason to the order. There are also a lot of terrific people I have not included.

I encourage you to create and share your own list (even if it includes only one person). Or let us know your additions in the comments below.

Vicky Brasseur: When people ask, "How do I start in open source?" I send them in Vicky's direction. Vicky is dedicated to making the process of contributing to open source software friendlier and more accessible. At her recent keynote address at Open Source 101 in Raleigh, Vicky was able to clearly explain why contributing to open source matters for business. This is a fight that not many have any more; only the stalwarts remain. Bringing the enterprise into the fray of open source contributors helps everyone. A rising tide lifts all ships: No one embodies that concept better than Vicky.

Ashley McNamara: Looking for a story about how open source software has helped someone? Look no further than Ashley McNamara's Journey to Go. Ashley made the leap from art to programming to support her family, and within a few years, she had been promoted to principal developer advocate at Microsoft and was keynoting at GopherCon 2017. I routinely seek Ashley's guidance for not only technical and programming advice but also parenting advice (parenting teenagers is hard!). I am so thankful to Ashley for sharing her story with the world and taking the time to help me along the way.

Ginny Hamilton: Ginny and I met at All Things Open 2017. When I heard her presentation, "15 Ways to Stand Out on Your IT Team," I quickly understood how talented Ginny is. The concepts she described align directly with many of those I try to instill in people who work with me. Ginny packaged them up in a talk that everyone should watch on their first day working in tech. Ginny's continued work on The Enterprisers Project provides a fount of knowledge for readers far and wide.

Kris Nova: Kris embodies awesomeness: She is a magnificent engineer and a wonderful person with a refreshing ability to break down complex problems into fun technical challenges. A key contributor to Kubernetes and a CNCF Ambassador, Kris is a member of the diversity committee for KubeCon + CloudNativeCon. In Austin last year, Kris was part of the team that stewarded $250,000 in donations that brought 103 diversity scholarship recipients to KubeCon + CloudNativeCon. Kris co-authored Cloud Native Infrastructure: Patterns for Scalable Infrastructure and Applications in a Dynamic Environment, a book I highly recommend to anyone who works in technology. I can always count on Kris for constructive feedback with technical problems. She also helped me during my job search last year, which was truly touching given how many other things she was involved in. Thank you for being you, Kris.

Barbara Bouldin: I met Barbara at DevOpsDays Detroit in 2017. While she is both a colleague and the mother of my CEO, that's not why Barbara is on this list. Barbara is a seasoned industry veteran who probably has more tech experience in her pinky than most people have in their whole bodies. She started her career at Bell Labs in the 1970s and moved on to AT&T in the 1980s, helping the company automate its systems. She was successful in Silicon Valley in the early 90s before choosing to start her own business. Barbara has persevered through many challenges, including harassment, the dot-com bubble, and my longtime nemesis: math. She never stops learning and is an inspiration to a generation of people.

Sarah Adams: The Go community is a truly wonderful place, and I'm grateful to be a part of it. Since I first met Sarah at a diversity scholarship breakfast at GopherCon 2017, she has been a source of inspiration to me. At that time, I was in the middle of a move and a job change and was finding my way amidst a new group of people. Although I knew a couple of people at GopherCon, I was feeling a little out of my league. Sarah's effusive personality and helpful nature allowed me to let my guard down and feel like I belonged. Since then, Sarah has gone on to help and support Google employees in the face of adversity. Sarah is an inspiration to us all.

Tammy Butow: What does the tech world need more of? Everyone! Tammy is doing her part to make this happen. As a co-founder of Girl Geek Academy, Tammy is making the world a better place by establishing a goal: To teach one million women technical skills by 2025. Tammy is also making technology a better place to be by breaking the bejesus out of it, as the pre-eminent chaos engineer at Gremlin. Before that, she was an SRE badass at Dropbox. Tammy knows how to build resilient infrastructure at a lower cost than "throwing more cloud at them." Tammy is who I want to be when I grow up.

Liz Rice: Liz blew my mind at GopherCon 2017. I learned more about ptrace and syscalls from her talk, A Go Programmer's Guide to Syscalls, than from all my previous training and experience. Liz's talk even propelled me to start looking to Go to solve more problems. She wrote strace in a few lines of Go during her talk, breaking things down in a way that everyone—even I—could understand. Her work at Aqua Security is also making the container space more secure.

What to read next
Tags
Diversity and inclusion
Chris Short