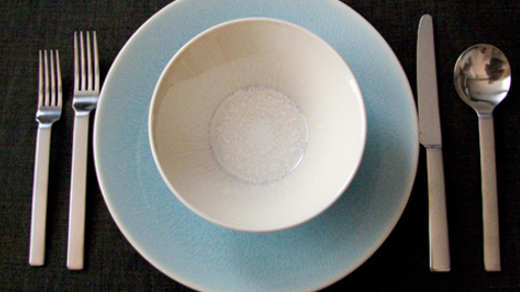 Python offers a unique set of tools and language features that help make your code more elegant, readable, and intuitive. By selecting the right tool for the right problem, your code will be easier to maintain. In this article, we'll examine three of those tools: magic methods, iterators and generators, and method magic.

Magic methods can be considered the plumbing of Python. They're the methods that are called "under the hood" for certain built-in methods, symbols, and operations. A common magic method you may be familiar with is __init__(), which is called when we want to initialize a new instance of a class.

You may have seen other common magic methods, like __str__ and __repr__. There is a whole world of magic methods, and by implementing a few of them, we can greatly modify the behavior of an object or even make it behave like a built-in datatype, such as a number, list, or dictionary.

The class defines a currency rate for a given symbol and exchange rate, specifies an initializer (also known as a constructor), and implements __repr__, so when we print out the class, we see a nice representation such as $2.00 for an instance Money('$', 2.00) with the currency symbol and amount. Most importantly, it defines a method that allows you to convert between different currencies with different exchange rates.

Using a Python shell, let's say we've defined the costs for two food items in different currencies, like so:

Now we can use this class in a very intuitive way:

When we add two instances together, we get a result in the first defined currency. All the conversion is done seamlessly under the hood. If we wanted to, we could also implement __sub__ for subtraction, __mul__ for multiplication, and many more. Read about emulating numeric types, or read this guide to magic methods for others.

We learned that __add__ maps to the built-in operator +. Other magic methods can map to symbols like []. For example, to access an item by index or key (in the case of a dictionary), use the __getitem__ method:

Some magic methods even map to built-in functions, such as __len__(), which maps to len().

Custom iterators are an incredibly powerful but unfortunately confusing topic to new and seasoned Pythonistas alike.

Many built-in types, such as lists, sets, and dictionaries, already implement the protocol that allows them to be iterated over under the hood. This allows us to easily loop over them.

How can we iterate over our own custom classes? First, let's clear up some terminology.

Whew! It sounds complicated, but once you remember these fundamental concepts, you'll be able to iterate in your sleep.

When might we want to use a custom iterator? Let's imagine a scenario where we have a Server instance running different services such as http and ssh on different ports. Some of these services have an active state while others are inactive.

When we loop over our Server instance, we only want to loop over active services. Let's create a new class, an IterableServer:

First, we initialize our current position to 0. Then, we define a __next__() method, which will return the next item. We'll also ensure that we raise StopIteration when there are no more items to return. So far so good! Now, let's implement this __next__() method.

We keep looping over the services in our list while our current position is less than the length of the services but only returning if the service is active. Once we run out of services to iterate over, we raise a StopIteration exception.

Because we implement a __next__() method that raises StopIteration when it is exhausted, we can return self from __iter__() because the IterableServer class adheres to the iterable protocol.

Now we can loop over an instance of IterableServer, which will allow us to look at each active service, like so:

That's pretty great, but we can do better! In an instance like this, where our iterator doesn't need to maintain a lot of state, we can simplify our code and use a generator instead.

What exactly is the yield keyword? Yield is used when defining a generator function. It's sort of like a return. While a return exits the function after returning the value, yield suspends execution until the next time it's called. This allows your generator function to maintain state until it resumes. Check out yield's documentation to learn more. With a generator, we don't have to manually maintain state by remembering our position. A generator knows only two things: what it needs to do right now and what it needs to do to calculate the next item. Once we reach a point of execution where yield isn't called again, we know to stop iterating.

This works because of some built-in Python magic. In the Python documentation for __iter__() we can see that if __iter__() is implemented as a generator, it will automatically return an iterator object that supplies the __iter__() and __next__() methods. Read this great article for a deeper dive of iterators, iterables, and generators.

Due to its unique aspects, Python provides some interesting method magic as part of the language.

One example of this is aliasing functions. Since functions are just objects, we can assign them to multiple variables. For example:

We'll see later on how this can be useful.

Python provides a handy built-in, called getattr(), that takes the object, name, default parameters and returns the attribute name on object. This programmatically allows us to access instance variables and methods. For example:

Cool trick, but how could we practically use getattr? Let's look at an example that allows us to write a tiny command-line tool to dynamically process commands.

The output of our script is:

Let's see how this method magic ties together in some sample code from a library I enjoy using called agithub, which is a (poorly named) REST API client with transparent syntax that allows you to rapidly prototype any REST API (not just GitHub) with minimal configuration. I find this project interesting because it's incredibly powerful yet only about 400 lines of Python. You can add support for any REST API in about 30 lines of configuration code. agithub knows everything it needs to about protocol (REST, HTTP, TCP), but it assumes nothing about the upstream API. Let's dive into the implementation.

Here's a simplified version of how we'd define an endpoint URL for the GitHub API and any other relevant connection properties. View the full code instead.

Then, once your access token is configured, you can start using the GitHub API.

Note that it's up to you to spell things correctly. There's no validation of the URL. If the URL doesn't exist or anything else goes wrong, the error thrown by the API will be returned. So, how does this all work? Let's figure it out. First, we'll check out a simplified example of the API class:

Each call on the API class ferries the call to the IncompleteRequest class for the specified key.

If the last call is not an HTTP method (like 'get', 'post', etc.), it returns an IncompleteRequest with an appended path. Otherwise, it gets the right function for the specified HTTP method from the Client class and returns a partial .

What happens if we give a non-existent path?

And because __getitem__ is aliased to __getattr__:

Python provides plenty of tools that allow you to make your code more elegant and easier to read and understand. The challenge is finding the right tool for the job, but I hope this article added some new ones to your toolbox. And, if you'd like to take this a step further, you can read about decorators, context managers, context generators, and NamedTuples on my blog nnja.io. As you become a better Python developer, I encourage you to get out there and read some source code for well-architected projects. Requests and Flask are two great codebases to start with.

What to read next
Tags
Python
PyCon
Programming
Nina Zakharenko 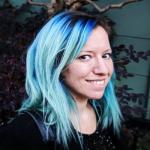 Nina Zakharenko is a cloud developer advocate at Microsoft, focusing on Python. Before joining Microsoft, she was a software engineer with a decade of experience who honed her technical chops writing software for companies like Reddit, meetup, and HBO. In her spare time, she enjoys snowboarding, hiking, and riding her bike in her home base in Portland, OR.
More about me