An introduction to Python bytecode

Learn what Python bytecode is, how Python uses it to execute your code, and how knowing what it does can help you.

If you've ever written, or even just used, Python, you're probably used to seeing Python source code files; they have names ending in .py. And you may also have seen another type of file, with a name ending in .pyc, and you may have heard that they're Python "bytecode" files. (These are a bit harder to see on Python 3—instead of ending up in the same directory as your .py files, they go into a subdirectory called __pycache__.) And maybe you've heard that this is some kind of time-saver that prevents Python from having to re-parse your source code every time it runs.

But beyond "oh, that's Python bytecode," do you really know what's in those files and how Python uses them?

If not, today's your lucky day! I'll take you through what Python bytecode is, how Python uses it to execute your code, and how knowing about it can help you.

Python is often described as an interpreted language—one in which your source code is translated into native CPU instructions as the program runs—but this is only partially correct. Python, like many interpreted languages, actually compiles source code to a set of instructions for a virtual machine, and the Python interpreter is an implementation of that virtual machine. This intermediate format is called "bytecode."

So those .pyc files Python leaves lying around aren't just some "faster" or "optimized" version of your source code; they're the bytecode instructions that will be executed by Python's virtual machine as your program runs.

Let's look at an example. Here's a classic "Hello, World!" written in Python:

And here's the bytecode it turns into (translated into a human-readable form):

If you type up that hello() function and use the CPython interpreter to run it, the above listing is what Python will execute. It might look a little weird, though, so let's take a deeper look at what's going on.

Inside the Python virtual machine

CPython uses a stack-based virtual machine. That is, it's oriented entirely around stack data structures (where you can "push" an item onto the "top" of the structure, or "pop" an item off the "top").

To get a feel for this, suppose we have some code that calls a function, like this: my_function(my_variable, 2). Python will translate this into a sequence of four bytecode instructions:

The CALL_FUNCTION instruction will have an argument of 2, which indicates that Python needs to pop two positional arguments off the top of the stack; then the function to call will be on top, and it can be popped as well (for functions involving keyword arguments, a different instruction—CALL_FUNCTION_KW—is used, but with a similar principle of operation, and a third instruction, CALL_FUNCTION_EX, is used for function calls that involve argument unpacking with the * or ** operators). Once Python has all that, it will allocate a new frame on the call stack, populate the local variables for the function call, and execute the bytecode of my_function inside that frame. Once that's done, the frame will be popped off the call stack, and in the original frame the return value of my_function will be pushed on top of the evaluation stack.

For example, to get the bytecode listing for the hello() function above, I typed it into a Python interpreter, then ran:

The function dis.dis() will disassemble a function, method, class, module, compiled Python code object, or string literal containing source code and print a human-readable version. Another handy function in the dis module is distb(). You can pass it a Python traceback object or call it after an exception has been raised, and it will disassemble the topmost function on the call stack at the time of the exception, print its bytecode, and insert a pointer to the instruction that raised the exception.

It's also useful to look at the compiled code objects Python builds for every function since executing a function makes use of attributes of those code objects. Here's an example looking at the hello() function:

The code object is accessible as the attribute __code__ on the function and carries a few important attributes:

Many bytecode instructions—particularly those that load values to be pushed onto the stack or store values in variables and attributes—use indices in these tuples as their arguments.

So now we can understand the bytecode listing of the hello() function:

The "raw" bytecode—as non-human-readable bytes—is also available on the code object as the attribute co_code. You can use the list dis.opname to look up the names of bytecode instructions from their decimal byte values if you'd like to try to manually disassemble a function.

Putting bytecode to use

Now that you've read this far, you might be thinking "OK, I guess that's cool, but what's the practical value of knowing this?" Setting aside curiosity for curiosity's sake, understanding Python bytecode is useful in a few ways.

First, understanding Python's execution model helps you reason about your code. People like to joke about C being a kind of "portable assembler," where you can make good guesses about what machine instructions a particular chunk of C source code will turn into. Understanding bytecode will give you the same ability with Python—if you can anticipate what bytecode your Python source code turns into, you can make better decisions about how to write and optimize it.

Second, understanding bytecode is a useful way to answer questions about Python. For example, I often see newer Python programmers wondering why certain constructs are faster than others (like why {} is faster than dict()). Knowing how to access and read Python bytecode lets you work out the answers (try it: dis.dis("{}") versus dis.dis("dict()")).

If you'd like to learn more about Python bytecode, the Python virtual machine, and how they work, I recommend these resources:

What to read next
Tags
Python
PyCon
Programming
James Bennett 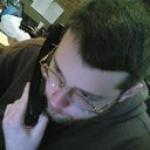