A new approach to security instrumentation

A new approach to security instrumentation 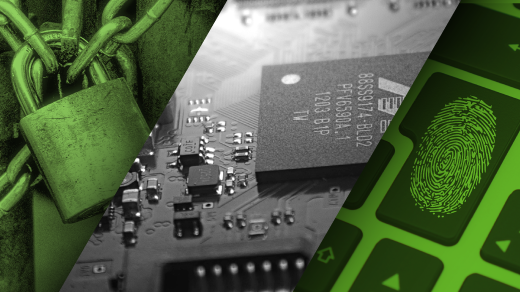 How many of us have ever uttered the following phrase: “I hope this works!”?

Without a doubt, most of us have, likely more than once. It’s not a phrase that inspires confidence, as it reveals doubts about our abilities or the functionality of whatever we are testing. Unfortunately, this very phrase defines our traditional security model all too well. We operate based on the assumption and the hope that the controls we put in place—from vulnerability scanning on web applications to anti-virus on endpoints—prevent malicious actors and software from entering our systems and damaging or stealing our information.

Penetration testing took a step to combat relying on assumptions by actively trying to break into the network, inject malicious code into a web application, or spread “malware” by sending out phishing emails. Composed of finding and poking holes in our different security layers, pen testing fails to account for situations in which holes are actively opened. In security experimentation, we intentionally create chaos in the form of controlled, simulated incident behavior to objectively instrument our ability to detect and deter these types of activities.

“Security experimentation provides a methodology for the experimentation of the security of distributed systems to build confidence in the ability to withstand malicious conditions.”

When it comes to security and complex distributed systems, a common adage in the chaos engineering community reiterates that “hope is not an effective strategy.” How often do we proactively instrument what we have designed or built to determine if the controls are failing? Most organizations do not discover that their security controls are failing until a security incident results from that failure. We believe that “Security incidents are not detective measures” and “Hope is not an effective strategy” should be the mantras of IT professionals operating effective security practices.

More DevOps resources
The industry has traditionally emphasized preventative security measures and defense-in-depth, whereas our mission is to drive new knowledge and insights into the security toolchain through detective experimentation. With so much focus on the preventative mechanisms, we rarely attempt beyond one-time or annual pen testing requirements to validate whether or not those controls are performing as designed.

With all of these constantly changing, stateless variables in modern distributed systems, it becomes next to impossible for humans to adequately understand how their systems behave, as this can change from moment to moment. One way to approach this problem is through robust systematic instrumentation and monitoring. For instrumentation in security, you can break down the domain into two primary buckets: testing, and what we call experimentation. Testing is the validation or assessment of a previously known outcome. In plain terms, we know what we are looking for before we go looking for it. On the other hand, experimentation seeks to derive new insights and information that was previously unknown. While testing is an important practice for mature security teams, the following example should help further illuminate the differences between the two, as well as provide a more tangible depiction of the added value of experimentation.

This is a critical service for this craft beer delivery company, whose orders come in from its customers' mobile devices, the web, and via its API from restaurants that serve its craft beer. This critical service runs in the company's AWS EC2 environment and is considered by the company to be secure. The company passed its PCI compliance with flying colors last year and annually performs third-party penetration tests, so it assumes that its systems are secure.

This company also prides itself on its DevOps and continuous delivery practices by deploying sometimes twice in the same day.

After learning about chaos engineering and security experimentation, the company's development teams want to determine, on a continuous basis, how resilient and effective its security systems are to real-world events, and furthermore, to ensure that they are not introducing new problems into the system that the security controls are not able to detect.

The team wants to start small by evaluating port security and firewall configurations for their ability to detect, block, and alert on misconfigured changes to the port configurations on their EC2 security groups.

The acknowledgment and anticipation of failure in our systems have already begun unraveling our assumptions about how our systems work. Our mission is to take what we have learned and apply it more broadly to begin to truly address security weaknesses proactively, going beyond the reactive processes that currently dominate traditional security models.

As we continue to explore this new domain, we will be sure to post our findings. For those interested in learning more about the research or getting involved, please feel free to contact Aaron Rinehart or Grayson Brewer.

Special thanks to Samuel Roden for the insights and thoughts provided in this article.

[See our related story, Is the term DevSecOps necessary?]

Grayson Brewer - Grayson Brewer currently serves as Security Engineer at United HealthGroup. He joined UnitedHealth Group | Optum Technology after he graduated from Vanderbilt University in May of 2016 with majors in economics and computer science. Since joining Optum, Brewer has driven innovation in cybersecurity by finding ways to enable more rapid, secure, software development across the enterprise.
More about me