CorvOS: A custom, Linux-based solution for the classroom

CorvOS: A custom, Linux-based solution for the classroom

Creator Aaron Prisk talks about his ready-to-go education distro for educators not familiar with Linux. 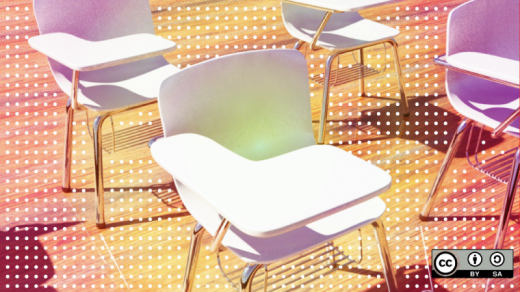 While many schools invest in Chromebooks and iPads, a growing flock of Linux-forward institutions is mapping an alternate route. I recently caught up with one innovative educator and IT leader from my home state. Aaron Prisk is the network administrator at West Branch Area School District, a small rural school an hour north of State College, Pennsylvania. Aaron told me how Linux and open source software is transforming teaching and learning at West Branch and explained the role of CorvOS, his custom Linux distribution for schools.

Charlie Reisinger: How did you find your way into educational technology?

Aaron Prisk: In high school, I worked under the school's technology director, Lance Bunnell, as a technology assistant. I was able to see firsthand the challenges and opportunities that a school IT department presented. It was a great experience, and I went to college aiming to work in a school or university eventually. Shortly after getting my degree, I was hired at West Branch and got to put it all into practice.

CR: What problems has Linux solved for your school? Why is it a superior choice for students?

AP: Initially, Linux helped revive a significant number of legacy computers—many of them more than five years old. The computers slowed with every Windows release and became more of a nuisance than a helpful tool. Today, 80% of our computers run Linux. There is far less time wasted on troubleshooting the operating system and more time getting work done. The technology change became coupled with a new curriculum that focuses on teaching kids higher-level skills, not how to use a specific version of proprietary software. Education is about exploration and freedom to experiment, which makes it a perfect fit with open source software.

CR: What barriers to classroom instruction, if any, have you encountered with Linux?

AP: I still think the biggest hurdle is shifting the focus away from teaching a specific software tool to teaching the craft. We've noticed more and more teachers starting to embrace the open classroom concept—with teacher buy-in comes student buy-in.

CR: Tell us about CorvOS. Why did you decide to create a new distribution?

AP: CorvOS came out of a need to create a simple Linux spin for our roaming laptop carts. We had previously tried Edubuntu, Xubuntu, and UberStudent. They were all great but lacked some functionality we needed; specifically, a self-cleaning, kiosk-like device that would be quick to get on, quick to work on, and ready for the next student. I figured, maybe it would be best to take the bits we liked from each of those distros and piece together a solution. I took Xubuntu, loaded it with education software, tweaked config files, and made scripts that would give us the functionality we wanted.

I didn't plan on packing and releasing it until I started working with Andrew Dobbie, a sixth-grade teacher at Centennial Senior Public School Ontario, Canada, and his great Tech Stewardship initiative. I saw a need for a super-simple, ready-to-go education distro that a non-Linux guru could easily install and run.

CR: What do students and teachers think about CorvOS?

AP: The simplicity and usability have been well-received by staff in both elementary and high school. I noticed a sharp increase in laptop usage to the point where we had to start buying replacement batteries for a lot of older devices.

CR: Lagertha is your custom software management suite for CorvOS. Why not build upon existing tools like Ansible or Puppet?

AP: We had tested Ansible, Puppet, and Salt. They are incredibly robust, but overkill for what we needed. I had in mind a non-programmer teacher who would want to quickly push software to his or her lab from a simple web-based GUI. After we got that part working, we figured it could also serve as a means of hostnaming and pushing new wallpapers to a group of machines.

I had virtually no Python experience going into it, so Lagertha also served as a fun learning experience. I'm not sure if we'll stick with it going forward or move to one of those major automation platforms, or possibly use a mix of both.

CR: What other schools are using CorvOS and Lagertha?

AP: In the U.S., just West Branch as far as I know. Working with Andrew Dobbie, we've estimated there are more than 3,000 machines around eastern Canada and a few in Iceland. Andrew and his fellow teachers have been extremely helpful in giving feedback. Often, Andrew will message me with a teacher request, and we work together on how best to implement it.

AP: Two come to mind: First, one of our awesome technology apprentice students created jailed Minecraft servers in FreeBSD this year. He also used his student laptop to create a fully scripted Greek oracle world in Minecraft for his history class project.

And just a few weeks ago, a handful of sixth-graders who just got their hands on Makey Makeys made custom controllers to play SNES games on a school cart laptop. Seeing those kids get excited to experiment with the school technology is a great feeling. I see a bright and open future here, and that's due to the great staff and students here at West Branch.

Great article Charlie! Congratulations to Aaron Prisk for his work on CorvOS. Both of you are educational technology exemplars whose pioneering work needs more credit. I never realized until now that I'm only about 100 miles from West Branch. I'd love to take a road trip sometime and visit.

Thank you for taking the time to write this, Charlie!

And you're welcome to visit anytime, Don!

Great work you are all doing there guys! Thank you for the article Charlie!

Someday students and teachers will wonder, "Why didn't we move to open source before?" And the answer to that question, when probed deeply, is - "Because we didn't possess the courage and compassion to do so." No shortage of courage and compassion in the West Branch School District (and the Penn Manor School District.) They have blazed the trail -- knowing this is what is best for students, teachers, administrators, and taxpayers alike. In time, the light will spread. Are school districts capable of learning? We better hope they are.

Great article, This is great way of getting students an introduction to Opensource. You guys are doing a great Job, Go CorvOs!