How to retrieve source code of Python functions

Learn to use the inspect and dill libraries to access Python functions' source code.

There are two Python libraries that may help:

inspect is a built-in library. It's already there after you install Python on your computer. The inspect module provides several useful functions to help you get information about live objects, such as modules, classes, methods, functions, tracebacks, frame objects, and code objects. Among its many features, its capability to retrieve the source code of functions stands out.

In IPython or Jupyter, we can also use this method to retrieve the source code of the functions that we defined in the console.

Note that retrieving source codes of self-defined functions only works in IPython or Jupyter. If we are using plain Python and define a function interactively, we will encounter error IOError: could not get source code and will not be able to retrieve the source code. This is because its setting only supports objects loaded from files, not interactive sessions.

dill extends Python's pickle module for serializing and deserializing Python objects to the majority of the built-in Python types. At the same time, it can also retrieve the source code of your Python objects. Please note dill is not a standard library, so you must install it separately.

Its API is quite similar to inspect's.

However, a big difference between dill and inspect is that dill's retrieving feature supports self-defined objects in the plain Python console.

What to read next
Tags
Python
Programming
Xiaodong Deng 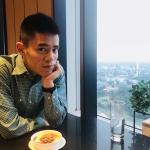 From China and staying in Singapore now. I majored in mathematics during both my bachelor and MSc studies. But then I found dealing with coding is more interesting. Thinking from engineering perspective really helps me a lot. For more information, please refer to my webiste XD-DENG.com.
More about me