Why we use tests on OpenStack package builds in RDO

Unit tests are used to verify that individual units of source code work according to a defined specification (spec). While this may sound complicated to understand, in short it means that we try to verify that each part of our source code works as expected, without having to run the full program they belong to.

All OpenStack projects come with their own set of unit tests, for example, this is the unit test folder for the oslo.config project. Those tests are executed when a new patch is proposed for review, to ensure that existing (or new) functionality is not broken with the new code. For example, if you check this review, you can see that one of the continuous integration jobs executed is “openstack-tox-py27”, which runs unit tests using Python 2.7.

How does this translate into the packaging world? As part of a spec file, we can define a %check section, where we add scripts to test the installed code. While this is not a mandatory section in the Fedora packaging guidelines, it is highly recommended, since it provides a good assurance that the code packaged is correct.

In many cases, RDO packages include this %check section in their specs, and the project’s unit tests are executed when the package is built. This is an example of the unit tests executed for the python-oslo-utils package.

"But why are these tests executed again when packaging?" you may ask. After all, these same tests are executed by the Zuul gate before being merged. Well, there are quite a few reasons for this:

Due to the way unit tests are executed during a package build, there are some details to keep in mind when defining them. If you as a developer follow them, you will make packagers’ life easier:

Now that you know the importance of unit tests for RDO packaging, you can go ahead and make sure we use it on every package. Happy hacking!

Want to learn more about packaging and installing OpenStack? OpenStack Summit is taking place in Vancouver from May 21-24, and is a great opportunity to learn even more about this topic. This article was also published on the RDO Project blog.

What to read next
Tags
OpenStack
Javier Pena 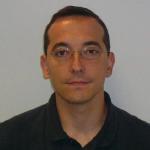 Linux and open source advocate for a long time. Cloud architect and OpenStack developer.
More about me