How to survive conference booth duty

If you're representing your company in a conference exhibition hall, make sure to heed this advice. 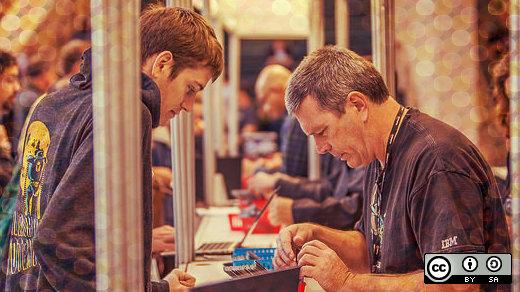 I'll assume that most of the readers of this article are techies. Apologies1 if you're in a non-technical role2; I hope some of these tips will still be useful, but don't be surprised if some of this is a little obvious to you. So, with that out of the way, let's get started.

If you work long enough in tech, there's a chance you'll be required to attend an exhibition. They3 probably won't tell you, but this means you're also expected to staff the booth that your company is paying lots of money to have at the aforementioned exhibition. They may have chosen you for one of a variety of reasons:

Whatever reason they've given (it's likely to be the first or third), you now need to turn up at the appointed time and perform the appropriate duties.

Here are some tips for how to survive this exciting opportunity.5

Wear comfy shoes. This is the first and most important tip. You are going to be spending a lot of time standing up, and as most exhibitions are generally two-and-a-half days long or more, you're going to be getting very sore feet. So, as tempted as you may be to wear high heels, resist. Equally, those flat tennis shoes you wear while coding aren't going to cut it. Get a pair of shoes6 with cushioned soles. It's worth the investment.

For exhibitions where your booth is more than just a table covered by a cloth with your company logo and flanked by a couple of oh-so-easy-to-dismantle-no-really display stands, your company will have a booth manager. This person is in charge of shipping all the pieces to the exhibition hall at the right time, getting everything put together, ensuring nothing major falls onto customers during the show, and taking things down afterwards. This person is in charge of everything, including when you can take breaks. For this reason, you should become their friend. If you become their enemy (by, for instance, suggesting "better" ways to lay out the booth materials or being absent when customers turn up looking for a demo), you will suffer. It's not worth it.

"Breakdown" is an actual event in booth management and is the opposite of "setup." One good way to befriend the booth manager (see above) is to help with these activities. Don't try to be too clever.  Ask questions like: "Where would you like this?" or "May I carry anything?" or "Would being out of the way and getting you a cup of coffee and some chocolate goods be useful at this point?" Being quietly helpful makes you seem part of the team, and, more importantly, will differentiate you from people who haven't helped (particularly those who turned up barely two minutes before the show was due to start and made ill-advised remarks about the sign not being entirely straight on the front desk). There is one vital exception to this rule: do not try to help out in heavily unionised cities. I once offered to change a lightbulb at a show in Chicago and nearly caused a mass walk-out of all the delivery and setup staff at the show.7

Swag means "give-aways." Some people believe it's some sort of acronym,8 but for the purposes of this tip, that doesn't matter. The average quality of swag at an industry show is in direct proportion to the amount of hype that industry got last year (marketing budgets have a lag built into them), so if, for instance, you're attending a blockchain event, things are looking good. If, on the other hand, it's the yearly Fortran bash, don't get your hopes up. Customers9 will visit the booth and ask for swag. Let them have it. Some marketing folks are keen to make your company's swag appear high quality and desirable, and therefore they try not to give it away to visitors who refuse to watch a 20-minute demo. But the more experienced marketers realise they'll just need to box it up at the end of the show and ship it back anyway, so they might as well give as much of it away as possible.

Save some swag 'til the last hour

When the final bell/whistle/siren/announcement comes at the end of the last day, there will be a collective sigh of relief, and booth managers across the show floor will commence breakdown. Don't wait for this! About an hour beforehand, with the approval of the booth manager (who you've already befriended, see above), take a selection of your best swag around to other booths on the floor and see what you can swap. Your company's swag may seem utterly useless to you, but there's a good chance (particularly if your marketing people know their thing) that other people might want it and will be willing to give you some of their swag in return.

This leads me to my sixth tip, which I forgot to budget for, having put only five in the title. If you're in a "hot" industry, and you've managed to befriend the booth manager, and you've successfully done some good swapping, then you're going to need a big suitcase. Because you're going to fill it with random, branded items that you'll never use alongside enough t-shirts that you'll never need to do laundry ever again. Enjoy!

3. The people sending you.

8. It includes "wearables," but I can't remember any of the other letters and can't be bothered to look it up.

How to start and organize a Kubernetes meetup 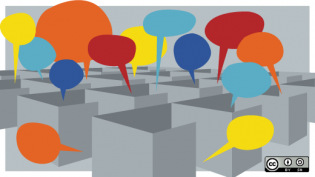