Learn how to use the HTML::TableExtract tool in Perl.

Image credits :
You as a Machine. Modified by Rikki Endsley. CC BY-SA 2.0.
x

A perfect internet would deliver data to clients in the format of their choice, whether it's CSV, XML, JSON, etc. The real internet teases at times by making data available, but usually in HTML or PDF documents—formats designed for data display rather than data interchange. Accordingly, the screen scraping of yesteryear—extracting displayed data and converting it to the requested format—is still relevant today.

Perl has outstanding tools for screen scraping, among them the HTML::TableExtract package described in the Scraping program below.

Overview of the scraping program

The screen-scraping program has two main pieces, which fit together as follows: 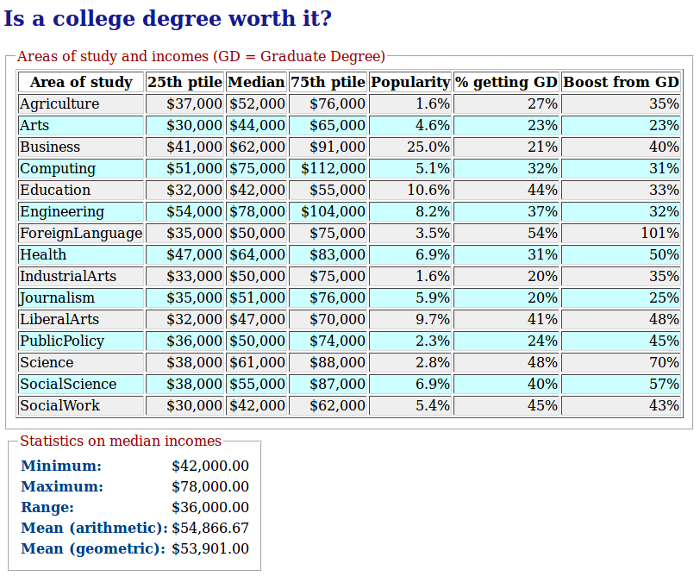 The request traffic from the user's browser to the Plack server and then to the server hosting the data.html document (e.g., Nginx) can be depicted as follows:

The final step involves only the Plack server and the user's browser:

The scraping program in detail

The source code and data file (data.html) are available from my website in a ZIP file that includes a README. Here is a quick summary of the pieces, and clarifications will follow:

The plackup command starts a standalone Plack web server that hosts the Scraping program. The Scraping code handles request routing, extracts data from the data.html document, produces some basic statistical measures, and then uses the Template::Recall package to generate an HTML report for the user. Because the Plack server runs indefinitely, the Scraping program prints the process ID, which can be used to kill the server and the Scraping app.

Plack/PSGI supports Rails-style routing in which an HTTP request is dispatched to a specific request handler based on two factors:

The Scraping program handles only one type of request: a GET for the resource named /, and this resource is the screen-scraping and data-processing code in my Stats::Controller package. Here, for review, is the Plack/PSGI routing setup, right at the top of source file scrape.pl:

The request handler Controller::get_index has only high-level logic, leaving the screen-scraping and report-generating details to utility functions in the Util.pm file, as described in the following section.

Recall that the Plack server dispatches a GET request for localhost:5000/ to the Scraping program's get_index function. This function, as the request handler, then starts the job of retrieving the data to be scraped, scraping the data, and generating the final report. The data-retrieval part falls to a utility function, which uses Perl's LWP::Agent package to get the data from whatever server is hosting the data.html document. With the data document in hand, the Scraping program invokes the utility function extract_from_html to do the data extraction.

The data.html document happens to be well-formed XML, which means a Perl package such as XML::LibXML could be used to extract the data through an explicit XML parse. However, the HTML::TableExtract package is inviting because it bypasses the tedium of XML parses, and (in very little code) delivers a Perl hash with the extracted data. Data aggregates in HTML documents usually occur in lists or tables, and the HTML::TableExtract package targets tables. Here are the three critical lines of code for the data extraction:

The $col_headers refers to a Perl array of strings, each a column header in the HTML document:

After the call to the TableExtract::parse function, the Scraping program uses the TableExtract::rows function to iterate over the rows of extracted data—rows of data without the HTML markup. These rows, as Perl lists, are added to a Perl hash named %majors_hash, which can be depicted as follows:

The hash with the extracted data is written to the local file rawData.dat:

The next step is to process the extracted data, in this case by doing rudimentary statistical analysis using the Statistics::Descriptive package. In Fig. 1 above, the statistical summary is presented in a separate table at the bottom of the report.

The final step in the Scraping program is to generate a report. Perl has options for generating HTML, and Template::Recall is among them. As the name suggests, the package generates HTML from an HTML template, which is a mix of standard HTML markup and customized tags that serve as placeholders for data generated from backend code. The template file is report.html, and the backend function of interest is Controller::generate_report. Here is how the code and the template interact.

The report document (Fig. 1) has two tables. The top table is generated through iteration, as each row has the same columns (area of study, income for the 25th percentile, and so on). In each iteration, the code creates a hash with values for a particular area of study:

The hash keys are Perl barewords such as major and wage that represent items in the list of data values extracted earlier from the HTML data document. The corresponding HTML template looks like this:

The scraping program draws from excellent Perl packages such as Plack/PSGI, LWP::Agent, HTML::TableExtract, Template::Recall, and Statistics::Descriptive to deal with the often messy task of screen-scraping for data. These packages play together nicely, as each targets a specific subtask. Finally, the Scraping program might be extended to cluster the extracted data: The Algorithm::KMeans package is suited for this extension and could use the data persisted in the rawData.dat file.

Failure is an option in Perl 6

How to make Perl more classy

This was great and exactly what I need to help the team implement on a web migration project I'm managing - thanks!

Thanks for the good word, and happy that the article proved useful.
Marty