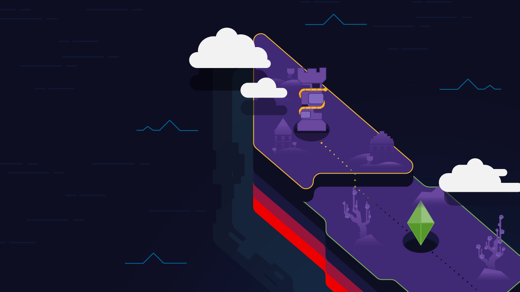 Is there an endangered species list for programming languages? If there is, Command Line Heroes suggests that Perl is somewhere between vulnerable and critically endangered. The dominant language of the 1990s is the focus of this week's podcast (Season 3, Episode 4) and explores its highs and lows since it was introduced over 30 years ago.

1991 was the year that changed everything. Tim Berners-Lee released the World Wide Web. The internet had been connecting computers for 20 years, but the web connected people in brand new ways. An entire new frontier of web-based development opened.

Last week's episode explored how JavaScript was born and launched the browser wars. Before that language dominated the web, Perl was incredibly popular. It was open source, general purpose, and ran on nearly every Unix-like platform. Perl allowed a familiar set of practices any sysadmin would appreciate running.

So, if Perl was doing so well in the '90s, why did it start to sink? The dot-com bubble burst in 2000, and the first heady rush of web development was about to give way to a slicker, faster, different generation. Python became a favorite for first-time developers, much like Perl used to be an attractive first language that stole newbies away from FORTRAN or C.

Perl was regarded highly because it allowed developers to solve a problem in many ways, but that feature later became known as a bug. Python's push toward a single right answer ended up being where many people wanted to go. Conor Myhrvold wrote in Fast Company how Python became more attractive and what Perl might have done to keep up. For these reasons and myriad others, like the delay of Perl 6, it lost momentum.

Overall, I'm comfortable with the idea that some languages don't make it. BASIC isn't exactly on the software bootcamp hit list these days. But maybe Perl isn't on the same trajectory and could be best-in-class for a more specific type of problem around glue code for system challenges.

I love how Command Line Heroes host Saron Yitbarek summarizes it at the end of the podcast episode:

"Languages have lifecycles. When new languages emerge, exquisitely adapted to new realities, an option like Perl might occupy a smaller, more niche area. But that's not a bad thing. Our languages should expand and shrink their communities as our needs change. Perl was a crucial player in the early history of web development—and it stays with us in all kinds of ways that become obvious with a little history and a look at the big picture."

Learning about Perl's rise and search for a new niche makes me wonder which of the new languages we're developing today will still be around in 30 years.

Command Line Heroes will cover programming languages for all of season 3. Subscribe so you don't miss a single one. I would love to hear your thoughts in the comments below.