What's the difference between a fork and a distribution?

Open source software distributions and forks are not the same. Learn the differences and the potential risks. 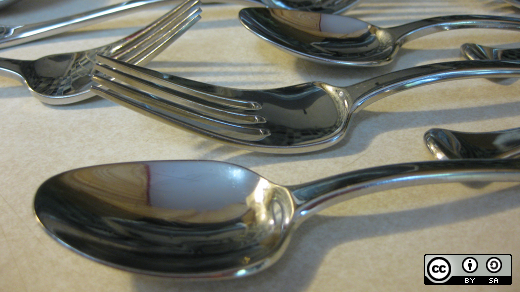 If you've been around open source software for any length of time, you'll hear the terms fork and distribution thrown around casually in conversation. For many people, the distinction between the two isn't clear, so here I'll try to clear up the confusion.

Before explaining the nuances of a fork vs. a distribution and the pitfalls thereof, let's define key concepts.

Open source software is software that:

Open source software can be consumed in the following ways:

Free and open source (FOSS) is not necessarily "free" as in "zero cost." Free and open source simply means the software is free to distribute, modify, study, and use, subject to the software's licensing. The software distributor may attach a purchase price to it. For example, Linux is available at no cost as Fedora, CentOS, Gentoo, etc. or as a paid distribution as Red Hat Enterprise Linux, SUSE, etc.

An open source project is the result of this collaborative development, documentation, and testing. Most projects have a central repository where code, documentation, testing, and so forth are developed.

The trunk is the main workstream in the community where the open source project is developed.

An open source fork is a version of the open source project that is developed along a separate workstream from the main trunk.

To further explain a software fork, let's use the analogy of migrating animals. Whales and sea lions migrate from the Arctic to California and Mexico; Monarch butterflies migrate from Alaska to Mexico; and (in the Northern Hemisphere) swallows and many other birds fly south for the winter. The key to a successful migration is that all animals in the group stick together, follow the leaders, find food and shelter, and don't get lost.

Risks of going it on your own

A bird, butterfly, or whale that strays from the group loses the benefit of remaining with the group and knowing where to find food, shelter, and the desired destination.

Similarly, users or organizations that fork and modify an upstream project and maintain it on their own run the following risks:

What to read next
Tags
Programming
Jonathan Gershater 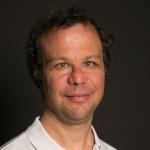 Jonathan Gershater has lived and worked in Silicon Valley since 1996, and is primarily focused on cloud and virtualization. He has experience with VMware, KVM, HyperV, AWS, OpenStack, and CloudStack technologies. At Red Hat, Jonathan focuses on competitive differentiation for Red Hat’s virtualization and OpenStack solutions.
More about me