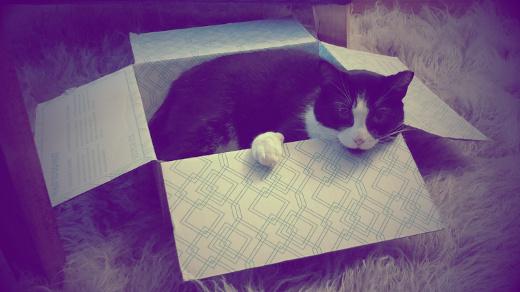 Dandified yum, better known as DNF, is a software package manager for RPM-based Linux distributions that installs, updates, and removes packages. It was first introduced in Fedora 18 in a testable state (i.e., tech preview), but it's been Fedora's default package manager since Fedora 22.

More Linux resources
Since it is the next-generation version of the traditional yum package manager, it has more advanced and robust features than you'll find in yum. Some of the features that distinguish DNF from yum are:

DNF uses hawkey libraries, which resolve RPM dependencies for running queries on client machines. These are built on top of libsolv, a package-dependency solver that uses a satisfiability algorithm. You can find more details on the algorithm in libsolv's GitHub repository.

CLI commands that differ in DNF and yum

Following are some of the changes to yum's command-line interface (CLI) you will find in DNF.

resolvedep: This command doesn't exist in DNF. Instead, execute dnf provides to find out which package provides a particular file.

deplist: Yum's deplist command, which lists RPM dependencies, was removed in DNF because it uses the package-dependency solver algorithm to solve the dependency query.

dnf remove <package>: You must specify concrete versions of whatever you want to remove. For example, dnf remove kernel will delete all packages called "kernel," so make sure to use something like dnf remove kernel-4.16.x.

dnf history rollback: This check, which undoes transactions after the one you specifiy, was dropped since not all the possible changes in the RPM Database Tool are stored in the history of the transaction.

--skip-broken: This install command, which checks packages for dependency problems, is triggered in yum with --skip-broken. However, now it is part of dnf update by default, so there is no longer any need for it.

-b, --best: These switches select the best available package versions in transactions. During dnf upgrade, which by default skips over updates that cannot be installed for dependency reasons, this switch forces DNF to consider only the latest packages. Use dnf upgrade --best.

--allowerasing: Allows erasing of installed packages to resolve dependencies. This option could be used as an alternative to the yum swap X Y command, in which the packages to remove are not explicitly defined.

--enableplugin: This switch is not recognized and has been dropped.

The DNF Automatic tool is an alternative CLI to dnf upgrade. It can execute automatically and regularly from systemd timers, cron jobs, etc. for auto-notification, downloads, or updates.

To start, install dnf-automatic rpm and enable the systemd timer unit (dnf-automatic.timer). It behaves as specified by the default configuration file (which is /etc/dnf/automatic.conf).

Other timer units that override the default configuration are listed below. Select the one that meets your system requirements.

# dnf list all or # dnf list <package-name>: This lists all or specific packages; this example lists the kernel RPM available in the system.

# dnf search <package-name>: When you search for a specific package via DNF, it will search for an exact match as well as all wildcard searches available in the repository.

# dnf repolist all: This downloads and lists all enabled repositories in the system.

These are just a small number of DNF's features, changes, and commands. For complete information about DNF's CLI, new plugins, and hook APIs, refer to the DNF guide.

Amit Das - Amit works in Red Hat, and is passionate about linux, cloud computing, devops etc. He is a strong believer that new innovation and technology, in a open way, can positively impact the society and change many lives.
More about me

Thank you. Great article. I've been using Fedora 28 lately and I like it. This is useful information.

Hello, excellent DNF guide, we already needed it. Thank you very much.