Catch up on the biggest open source headlines from the past two weeks. 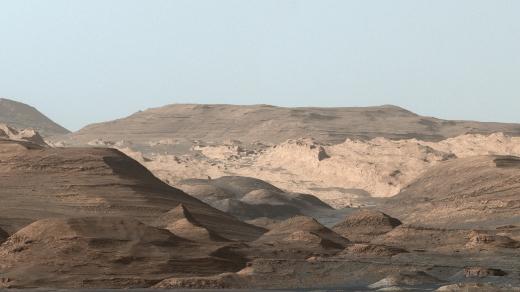 Do you want to build your own Mars rover? Of course you do! And now you can, thanks to NASA's JPL Open Source Rover (OSR for short).

The goal of OSR, which is a smaller version of the Curiosity rover, is "to encourage students, hobbyists, and enthusiasts to work on rover technology." Anyone can grab the plans off GitHub and can "decide what controllers to use, to add USB cameras or solar panels, builders can also attach science payloads." Better still, NASA says that "tech developed by builders of the rovers could be used on future missions on Earth and in space." So get building!

In late 2017, the city of Rome announced that it would start installing LibreOffice on its thousands of workstations. That initiative is finally underway.

While the city's IT staff installed LibreOffice on 14,000 workstations in April of this year, they recently began "making LibreOffice the only available suite of office productivity tools on its workstations." The city also has "112 staff members who are in favor of free and open source" who are championing the change and who "encourage their colleagues to find out more by pointing them to a Moodle-based eLearning portal."

It's no secret that open source software is used across a number of scientific disciplines. Two projects are demonstrating the flexibility and utility of open source in scientific research.

First up, the OpenSim project. OpenSim is a movement simulator which has recently "been expanded and improved." The improvements to the software, described as "a Swiss Army knife for the movement scientist," will help researchers develop "accurate models of muscle dynamics, joint kinematics, and assistive devices, which will aid in rehabilitation studies."

Next, an open source 3D bioprinter developed at the University of Toronto. While most bioprinters can be prohibitively expensive, the University of Toronto team created theirs for about $3,000 (CAD). The printer can generate "branching, interconnected vessel systems of small, vein-like microvessels and larger macrovessels." Scientists can then seed what the printer churns out with cells to produce more complex blood vessels.

Scotiabank makes some of its software open source

In an uncharacteristic move for a large financial institution, Canada's Scotiabank is sharing some "bank-developed applications with the open-source software community."

The software is part of the Scotiabank's Accelerator Pipeline toolchain, which helps "the bank's application teams create new services more rapidly." Available on GitHub, the software "has cut the time required to prove that new services meet the bank's stringent control objectives from one month to about an hour."