What containers can teach us about DevOps

What containers can teach us about DevOps

The use of containers supports the three pillars of DevOps practices: flow, feedback, and continual experimentation and learning. 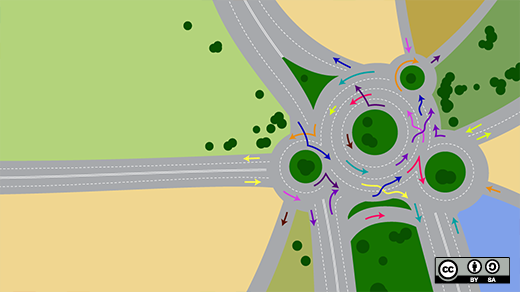 One can argue that containers and DevOps were made for one another. Certainly, the container ecosystem benefits from the skyrocketing popularity of DevOps practices, both in design choices and in DevOps’ use by teams developing container technologies. Because of this parallel evolution, the use of containers in production can teach teams the fundamentals of DevOps and its three pillars: The Three Ways.

Linux Containers
A container can be seen as a silo, and from inside, it is easy to forget the rest of the system: the host node, the cluster, the underlying infrastructure. Inside the container, it might appear that everything is functioning in an acceptable manner. From the outside perspective, though, the application inside the container is a part of a larger ecosystem of applications that make up a service: the web API, the web app user interface, the database, the workers, and caching services and garbage collectors. Teams put constraints on the container to limit performance impact on infrastructure, and much has been done to provide metrics for measuring container performance because overloaded or slow container workloads have downstream impact on other services or customers.

This lesson can be applied to teams functioning in a silo as well. Every process (be it code release, infrastructure creation or even, say, manufacturing of Spacely’s Sprockets), follows a linear path from conception to realization. In technology, this progress flows from development to testing to operations and release. If a team working alone becomes a bottleneck or introduces a problem, the impact is felt all along the entire pipeline. A defect passed down the line destroys productivity downstream. While the broken process within the scope of the team itself may seem perfectly correct, it has a negative impact on the environment as a whole.

The first way of DevOps, principles of flow, is about approaching the process as a whole, striving to comprehend how the system works together and understanding the impact of issues on the entire process. To increase the efficiency of the process, pain points and waste are identified and removed. This is an ongoing process; teams must continually strive to increase visibility into the process and find and fix trouble spots and waste.

“The outcomes of putting the First Way into practice include never passing a known defect to downstream work centers, never allowing local optimization to create global degradation, always seeking to increase flow, and always seeking to achieve a profound understanding of the system (as per Deming).”

In addition to limiting containers to prevent impact elsewhere, many products have been created to monitor and trend container metrics in an effort to understand what they are doing and notify when they are misbehaving. Prometheus, for example, is all the rage for collecting metrics from containers and clusters. Containers are excellent at separating applications and providing a way to ship an environment together with the code, sometimes at the cost of opacity, so much is done to try to provide rapid feedback so issues can be addressed promptly within the silo.

The same is necessary for the flow of the system. From inception to realization, an efficient process quickly provides relevant feedback to identify when there is an issue. The key words here are “quick” and “relevant.” Burying teams in thousands of irrelevant notifications make it difficult or even impossible to notice important events that need immediate action, and receiving even relevant information too late may allow small, easily solved issues to move downstream and become bigger problems. Imagine if Lucy and Ethel had provided immediate feedback that the conveyor belt was too fast—there would have been no problem with the chocolate production (though that would not have been nearly as funny).

The Second Way of DevOps, principles of feedback, is all about getting relevant information quickly. With immediate, useful feedback, problems can be identified as they happen and addressed before impact is felt elsewhere in the development process. DevOps teams strive to “optimize for downstream” and immediately move to fix problems that might impact other teams that come after them. As with flow, feedback is a continual process to identify ways to quickly get important data and act on problems as they occur.

“Creating fast feedback is critical to achieving quality, reliability, and safety in the technology value stream.”

Principles of continual experimentation and learning

It is a bit more challenging applying operational learning to the Third Way of DevOps:continual experimentation and learning. Trying to salvage what we can grasp of the very edges of the metaphor, containers make development easy, allowing developers and operations teams to test new code or configurations locally and safely outside of production and incorporate discovered benefits into production in a way that was difficult in the past. Changes can be radical and still version-controlled, documented, and shared quickly and easily.

For example, consider this anecdote from my own experience: Years ago, as a young, inexperienced sysadmin (just three weeks into the job), I was asked to make changes to an Apache virtual host running the website of the central IT department for a university. Without an easy-to-use test environment, I made a configuration change to the production site that I thought would accomplish the task and pushed it out. Within a few minutes, I overheard coworkers in the next cube:

There was much eye-rolling involved.

Mortified (the shame is real, folks), I sunk down as far as I could into my seat and furiously tried to back out the changes I’d introduced. Later that same afternoon, the director of the department—the boss of my boss’s boss—appeared in my cube to talk about what had happened. “Don’t worry,” she told me. “We’re not mad at you. It was a mistake and now you have learned.”

In the world of containers, this could have been easily changed and tested on my own laptop and the broken configuration identified by more skilled team members long before it ever made it into production.

A real culture of experimentation promotes the individual’s ability to find where a change in the process may be beneficial, and to test that assumption without the fear of retaliation if they fail. For DevOps teams, failure becomes an educational tool that adds to the knowledge of the individual and organization, rather than something to be feared or punished. Individuals in the DevOps team dedicate themselves to continuous learning, which in turn benefits the team and wider organization as that knowledge is shared.

As the metaphor completely falls apart, focus needs to be given to a specific point: The other two principles may appear at first glance to focus entirely on process, but continual learning is a human task—important for the future of the project, the person, the team, and the organization. It has an impact on the process, but it also has an impact on the individual and other people.

“Experimentation and risk-taking are what enable us to relentlessly improve our system of work, which often requires us to do things very differently than how we’ve done it for decades.”

–Gene Kim, et al., The Phoenix Project: A Novel about IT, DevOps, and Helping Your Business Win, IT Revolution Press, 2013

Containers can teach us DevOps

Learning to work effectively with containers can help teach DevOps and the Three Ways: principles of flow, principles of feedback, and principles of continuous experimentation and learning. Looking holistically at the application and infrastructure rather than putting on blinders to everything outside the container teaches us to take all parts of the system and understand their upstream and downstream impacts, break out of silos, and work as a team to increase global performance and deep understanding of the entire system. Working to provide timely and accurate feedback teaches us to create effective feedback patterns within our organizations to identify problems before their impact grows. Finally, providing a safe environment to try new ideas and learn from them teaches us to create a culture where failure represents a positive addition to our knowledge and the ability to take big chances with educated guesses can result in new, elegant solutions to complex problems.

The state of container security

Chief Architect for the central US at Red Hat, Thomas Cameron , will present at the 14th annual...
Sarah Thornton (Red Hat)

As a higher education professional, I am excited and intrigued by this innovative concept that provides a solution for the identification of problems before their impact grows. Where technology is concerned, “quick” and “relevant” feedback is music to an educator's ears. Excellent article.

Today the containerization is the core of every DevOps activity and the continuous delivery. For example build automation tools, such as Jenkins (and its fork named Travis), creates (and destroy) a containerized agent to build your module with the required capabilities, using a yaml (or pipeline) config file.