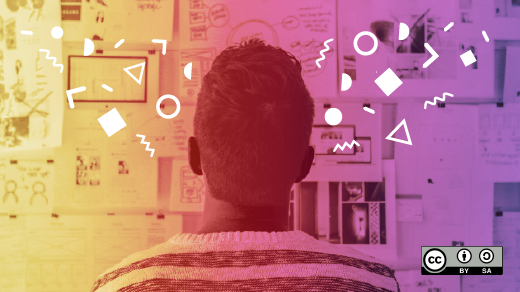 In 1998, the movie Titanic was released, mobile phones were just a luxury, and pagers were still in use. This was also the year I got my first computer. I can remember the details as if it were yesterday: Pentium 133MHz and just 16MB of memory. Back in that time (while running nothing less than Windows 95), this was a good machine. I can still hear in my mind the old spinning hard drive noise when I powered that computer on, and see the Windows 95 flag. It never crossed my mind, though (especially as an 8-year-old kid), that I would dedicate every minute of my life to Linux and open source.

Being just a kid, I always asked my mom to buy me every issue of PC Magazine instead of candies. I never skipped a single issue, and all of those dusty old magazines are still there in Costa Rica. It was in these magazines that I discovered the essential technology that changed my life. An issue in the year 2000 talked extensively about Linux and the advantages of free and open-source software. That issue also included a review of one of the most popular Linux distributions back then: Corel Linux. Unfortunately, the disc was not included. Without internet at home, I was out of luck, but that issue still lit a spark within me.

In 2003, I asked my mom to take me to a Richard Stallman talk. I couldn’t believe he was in the country. I was the only kid in that room, and I was laser-focused on everything he was saying, though I didn’t understand anything about patents, licenses, or the jokes about him with an old hard drive over his head.

Despite my attempts, I couldn’t make Linux work on my computer. One rainy afternoon in the year 2003, with the heavy smell of recently brewed coffee, my best friend and I were able to get a local magazine with a two-disk bundle: Mandrake Linux 7.1 (if my memory doesn’t fail) on one and StarOffice on the other. My friend poured more coffee into our mugs while I inserted the Mandrake disk into the computer with my shaking, excited hands. Linux was finally running—the same Linux I had been obsessed with since I read about it 3 years earlier.

We were lucky enough to get broadband internet in 2006 (at the lightning speed of 128/64Kbps), so I was able to use an old Pentium II computer under my bed and run it 24x7 with Debian, Apache, and my own mail server (my personal server, I told myself). This old machine was my playground to experiment on and put into practice all of the knowledge and reading I had been doing (and also to make the electricity bill more expensive).

As soon as I discovered there were open source communities in the country, I started attending their meetings. Eventually, I was helping in their events, and not long after I was organizing and giving talks. We used to host two annual events for many years: Festival Latinoamericano de Software Libre (Latin American Free Software Installation Fest) and Software Freedom Day.

Thanks to what I learned from my reading, but more importantly from the people in these local communities that guided and mentored me, I was able to land my first Linux job in 2011, even without college. I kept growing from there, working for many companies and learning more about open source and Linux at each one. Eventually, I felt that I had an obligation (or a social debt) to give back to the community so that other people like the younger me could also learn. Not long after, I started teaching classes and meeting wonderful and passionate people, many of whom are now as devoted to Linux and open source as I am. I can definitely say: Mission accomplished!

Eventually, what I learned about open source, Linux, OpenStack, Docker, and every other technology I played with sent me overseas, allowing me to work (doesn’t feel like it) for the most amazing company I’ve ever worked for, doing what I love. Because of open source and Linux, I became a part of something bigger than me. I was a member of a community, and I experienced what I consider the most significant impact on my life: Meeting and learning from so many masterminds and amazing people that today I can call friends. Without them and these communities, I wouldn’t be the person I am today.

How could I know when I was 10 years old and reading a magazine that Linux and open source would connect me to the greatest people, and change my life forever? 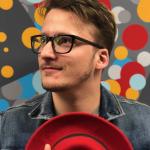 Michael Zamot is an open source enthusiast whose passion began in 2004, when he discovered Linux. Ever since then he has worked and played with various open source projects, including Linux, OpenStack, OpenShift/Kubernetes and many more, and participated in community events by teaching, conducting workshops, and providing technical support and mentorship.
More about me