Holiday gift guide: Books for the learner, explorer, or tinkerer on your list | Opensource.com

Get our list of books to give as gifts or add to your own wishlist this holiday season.

It is my pleasure to introduce Opensource.com's selection of books that would make excellent holiday gift ideas. We hope you find them interesting items to give as gifts this holiday season or to add to your own holiday wishlist. Each book exhibits qualities that make them excellent gifts for open source enthusiasts, as they all encourage learning, exploring, and tinkering. 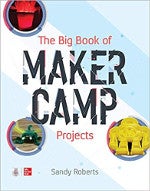 The Big Book of Maker Camp Projects contains dozens of projects that are perfect for maker camps or individuals looking to tinker. Projects cover a wide range of topics ranging from making faux campfires using LEDs and Circuit Playground Express (CPX) boards to tie-dye t-shirts and other wearable crafts. There are plenty of projects to keep maker camp participants engaged and entertained. 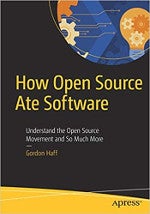 Learn more about the history of open source with How Open Source Ate Software. This brief, 180-page book explores how open source became the phenomenon that it is today. This book is an excellent read for anyone interested in where open source came from and how it changed the way software is developed. 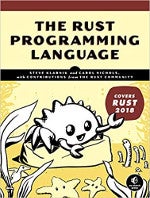 by Steve Klabnik and Carol Nichols

Learn one of the hot, new programming languages with The Rust Programming Language. Yes, this is a print edition of the exact same book that is installed with Rust and can be read in your browser by running rustup doc --book, but a physical book offers some benefits by giving the material inside a little more structure than the free HTML version. It is easier to digest material covered over a two-page spread instead of having to scroll through a long web page. Just be sure to get the edition with "Covers Rust 2018" on the cover, so you get a print copy that covers the latest Rust edition. 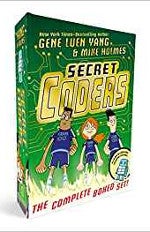 Secret Coders: The Complete Box Set collects all six volumes in the Secret Coder series. This series of graphic novels introduces readers to the world of coding by following the exploits of the three protagonists, Hopper, Eni, and Josh, as they explore coding and fight against the schemes of Dr. One-Zero. Each book in the series builds upon the volumes that precede it, and by the time readers have finished the series, they should have an excellent understanding of basic programming concepts. 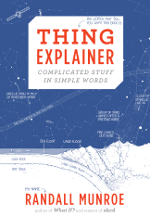 Thing Explainer, by the creator of the xkcd webcomic, is a book in the same vein as David Macaulay's The Way Things Work and similar titles. This book, as one would expect from the title, explains things. Using only the 1,000 most common words in the English language and illustrations, Munroe explains airplanes, tectonic plates, and more.

If you would like to spend time with your friends and family having exciting adventures, consider one of several pen-and-paper role-playing games with rules books that are released under an open license.

But these are just a few examples, there are plenty of role-playing games that are released under an open license, so there are games out there for a variety of tastes. You can also pair the rule books with a homemade dice tower using these Creative Commons Attribution-NonCommercial licensed dice tower plans.

A reading list for people of all ages about the legendary Queen of Code.
Joshua Allen Holm (Correspondent)

13 books to inform and entertain you during the long, lazy days of summer.
Joshua Allen Holm (Correspondent)