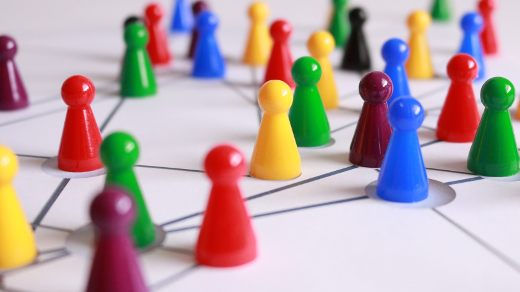 Have you ever thought about trying Dungeons & Dragons but didn't know how to start? Did you play Traveller in your youth and have been thinking about returning to the hobby? Are you curious about role-playing games (RPGs) but not sure whether you want to play one? Are you completely new to the concept of tabletop gaming and have never heard of RPGs until now? It doesn't matter which of these profiles suits you, because Free RPG Day is for everyone!

The first Free RPG Day event happened in 2007 at hobby game stores all over the world. The idea was to bring new and exclusive RPG quickstart rules and adventures to both new and experienced gamers for $0. For one day, you could walk into your local game store and get a booklet containing simple, beginner-level rules for a tabletop RPG, which you could play with people there in the store or with friends back home. The booklet was yours to keep forever.

The event was such a smash hit that the tradition has continued ever since. This year, Free RPG Day is scheduled for Saturday, June 15.

Obviously, the idea behind Free RPG Day is to get you addicted to tabletop RPG gaming. Before you let instinctual cynicism kick in, consider that as addictions go, it's not too bad to fall in love with a game that encourages you to read books of rules and lore so you and your family and friends have an excuse to spend time together. Tabletop RPGs are a powerful, imaginative, and fun medium, and Free RPG Day is a great introduction.

Like so many other industries, the open source phenomenon has influenced tabletop gaming. Way back at the turn of the century, Wizards of the Coast, purveyors of Magic: The Gathering and Dungeons & Dragons, decided to adopt open source methodology by developing the Open Game License (OGL). They used this license for editions 3 and 3.5 of the world's first RPG (Dungeons & Dragons). When they faltered years later for the 4th Edition, the publisher of Dragon magazine forked the "code" of D&D 3.5, publishing its remix as the Pathfinder RPG, keeping innovation and a whole cottage industry of third-party game developers healthy. Recently, Wizards of the Coast returned to the OGL for D&D 5e.

The OGL allows developers to use, at the very least, a game's mechanics in a product of their own. You may or may not be allowed to use the names of custom monsters, weapons, kingdoms, or popular characters, but you can always use the rules and maths of an OGL game. In fact, the rules of an OGL game are often published for free as a system reference document (SRD) so, whether you purchase a copy of the rule book or not, you can learn how a game is played.

If you've never played a tabletop RPG before, it may seem strange that a game played with pen and paper can have a game engine, but computation is computation whether it's digital or analog. As a simplified example: suppose a game engine dictates that a player character has a number to represent its strength. When that player character fights a giant twice its strength, there's real tension when a player rolls dice to add to her character's strength-based attack. Without a very good roll, her strength won't match the giant's. Knowing this, a third-party or independent developer can design a monster for this game engine with an understanding of the effects that dice rolls can have on a player's ability score. This means they can base their math on the game engine's precedence. They can design a slew of monsters to slay, with meaningful abilities and skills in the context of the game engine, and they can advertise compatibility with that engine.

Furthermore, the OGL allows a publisher to define product identity for their material. Product identity can be anything from the trade dress of the publication (graphical elements and layout), logos, terminology, lore, proper names, and so on. Anything defined as product identity may not be reused without publisher consent. For example, suppose a publisher releases a book of weapons including a magical machete called Sigint, granting a +2 magical bonus to all of its attacks against zombies. This trait is explained by a story about how the machete was forged by a scientist with a latent zombie gene. However, the publication lists in section 1e of the OGL that all proper names of weapons are reserved as product identity. This means you can use the numbers (durability of the weapon, the damage it deals, the +2 magical bonus, and so on) and the lore associated with the sword (it was forged by a latent zombie) in your own publication, but you cannot use the name of the weapon (Sigint).

The OGL is an extremely flexible license, so developers must read section 1e carefully. Some publishers reserve nothing but the layout of the publication itself, while others reserve everything but the numbers and the most generic of terms.

When the preeminent RPG franchise embraced open source, it sent waves through the industry that are still felt today. Third-party developers can create content for the 5e and Pathfinder systems. A whole website, DungeonMastersGuild.com, featuring independent content for D&D 5e was created by Wizards of the Coast to promote independent publishing. Games like Starfinder, OpenD6, Warrior, Rogue & Mage, Swords & Wizardry, and many others have adopted the OGL. Other systems, like Brent Newhall's Dungeon Delvers, Fate, Dungeon World, and many more are licensed under a Creative Commons license.

Free RPG Day is a day for you to go to your local gaming store, play an RPG, and get materials for future RPG games you play with friends. Like a Linux installfest or Software Freedom Day, the event is loosely defined. Each retailer may do Free RPG Day a little differently, each one running whatever game they choose. However, the free content donated by game publishers is the same each year. Obviously, the free stuff is subject to availability, but when you go to a Free RPG Day event, notice how many games are offered with an open license (if it's an OGL game, the OGL is printed in the back matter of the book). Any content for Pathfinder, Starfinder, and D&D is sure to have taken some advantage of the OGL. Content for many other systems use Creative Commons licenses. Some, like the resurrected Dead Earth RPG from the '90s, use the GNU Free Documentation License.

There are plenty of gaming resources out there that are developed with open licenses. You may or may not need to care about the license of a game; after all, the license has no bearing upon whether you can play it with friends or not. But if you enjoy supporting free culture in more ways than just the software you run, try out a few OGL or Creative Commons games. If you're new to gaming entirely, try out a tabletop RPG at your local game store on Free RPG Day!

Dungeon World, and many other variants are based on Apocalypse World (http://apocalypse-world.com/), which should really be given a nod here.

Good call, Erez. The reason I didn't mention it specifically is because its license, as far as I can tell, is unclear. It seems that the developer licenses it individually upon request. That's a fine model, but not one I wanted to put down in black and white as being "open", since it's not an explicit license.

I'd be interested in learning if there's a clearer licensing model for it.

No, you're right, it is ambiguous, if you just take the concept and rules then its "you don't need my permission at all." and if you want to use some of the original text then you'll need to contact Vincent Baker, and it may go all the way to purchase a license. So your initial idea was correct.

Also, Fate, beside being Creative Commons, has lots of free or Pay What You Want materials.

In fact, the Worlds of Adventure series provides lots of different style settings you can use with Fate. Settings like Masters of Umdaar (He-Man and Masters of the Universe-like), Weird World News (Scooby-Doo), Loose Threads (Fairy Tales), Psychedemia (Ender's Game-like) and others, shows how much you can have on Fate

Thanks for mentioning this one, Fabio! Fate being Creative Commons is exactly why I mention it in this article. I think the multitude of settings and resources for it is a great example of what open licenses bring to a great game engine like Fate Core.

Fate is an incredible system, unfortunately underrated and somewhat mocked by some people in the RPG world.

One of the best rpg games is the https://dnd.wizards.com

Here are some great games https://paizo.com

I just quoted Fate before, but this site is a must for refrencing while playing. Anyone who likes Fate need this one on their bookmarks

great gaming idea behind this game excellent keep it up

Role Playing Games are a lot of fun. Check out the list and find the app that suits your taste most: https://androidappsforme.com/best-rpg-games-android/

Is what this article is about!

Is what this article is about!

Have you tried the games at tulidescargar?

None of these appear to be open source or tabletop-based.

Thanks for reading my article, though!

I'm glad that OGL gives people the ability to break away from the tired formula of fantasy RPG's and explore other genres.

I liked the games which you told too.

I really like these RPG games and I found similar games.