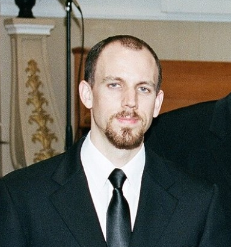 Brandon Dixon is an instructor at Murray State University, holding a Bachelor's of Science in Computer Science and Mathematics, as well as a Master's Degree in Telecommunication Systems Management. He has worked in the technology field for 14 years, spending 4 years at the Commonwealth Office of Technology in Kentucky, moving to Information Systems at Murray State where he spent 9 years working with networking and security, eventually gaining the position of Senior Network Engineer. He recently joined Murray State University's faculty group for Telecommunication Systems Management and, in the short time he's been here, has joined others in leading the ATSM student organization, campaigning for the establishment of an e-sports team, alongside his regular duties as an instructor of security. He holds a CCNA certificate and is planning to pursue his CCNP and CCNA Security certificates as well. His research interests are in security, forensics, IoT and e-sports. Brandon has been involved in the development of our wireless and networking laboratories and also in students recruitment by directing networking security activities at Murray State University.

An open approach to training the next generation of cybersecurity experts can fully equip them to combat a constantly shifting threat landscape.

I'm glad that OGL gives people the ability to break away from the tired formula of fantasy RPG's and explore other genres.

I still remember sitting down with graph paper making these by hand. Maybe I missed a calling into a life of cartrography....lol