Why do we contribute to open source software? | Opensource.com

Why do we contribute to open source software?

Dive into the research supporting the open source ecosystem and developers’ motivations for participating. 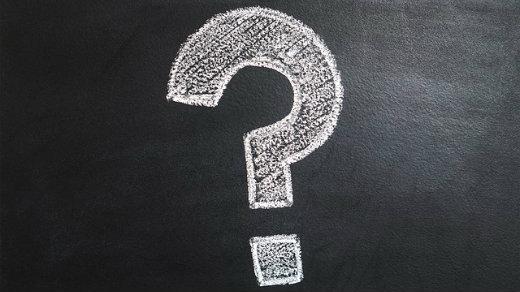 What motivates you to contribute to open source?

Organizations as a whole contribute to open source software projects for a variety of reasons.

One of the most important is that the open source development model is such an effective way to collaborate with other companies on projects of mutual interest. But they also want to better understand the technologies they use. They also want to influence direction.

The specific rationale will vary by organization but it usually boils down to the simple fact that working in open source benefits their business.

But why do individuals contribute to open source? They mostly see some kind of personal benefit too, but what specifically motivates them?

The types of motivation

When we talk about motivations, one common way to do so is in terms of incentive theory. This theory began to emerge during the 1940s and 1950s, building on the earlier drive-reduction theories established by psychologists such as Clark Hull and Kenneth Spence. Incentive theory was originally based on the idea that motivation is largely fueled by the prospect of an external reward or incentive.

Money is a classic extrinsic motivator. So is winning an award, getting a grade, or obtaining a certification that is likely to lead to a better job.

However, in the 1970s, researchers began to also consider intrinsic motivations, which do not require an apparent reward other than the activity itself. Self-determination theory, developed by Edward Deci and Richard Ryan, would later evolve from studies comparing intrinsic and extrinsic motives, and from a growing understanding of the dominant role intrinsic motivations can play in behavior.

While intrinsic motivations can come from a number of different sources, the most straightforward one is the simple enjoyment of a particular activity. You play in a softball league after work because you like playing softball. You enjoy the exercise, the camaraderie, the game itself.

No surprise that money showed up as an extrinsic motivator. During the period studied, there were fewer large projects associated with successful commercially-supported products than is the case today. Even so, most of the open source projects the researchers examined had a significant number of contributors whose companies had paid them to work on open source.

Career obviously goes hand in hand with pay, but is open source software any different from proprietary software development in this regard? There’s some evidence that it is.

Lerner and Tirole first suggested in 2002 that "individual developers would be motivated by career concerns when developing open source software. By publishing software that was free for all to inspect, they could signal their talent to potential employers and thus increase their value in the labor market."

More recently, there’s been significant empirical evidence that there are career advantages to developing code and making it available for others to see and work with. It has become almost an expectation in some industry segments for job applicants to have public GitHub code repositories, which are effectively part of their resume.

It’s reasonable to ask whether this trend has gone too far. After all, many highly qualified developers work on proprietary code. But it’s clear that, fair or not, at least some career prospects can come specifically from being an open source developer.

More Great Content
Free software was primarily an ideological statement at first, even if user control also had an important practical side; several researchers have found support for ideological motives in developer surveys.

Altruism can also be a developer motive, though research on this is mixed. One paper identified the “desire to give a present to the programmer community” as a crucial pattern in open source software. But other studies have qualified the importance of altruism as a motive, especially among programmers getting a paycheck. Other work found that altruism could be a motivator but only among developers who were otherwise satisfied.

There’s also the motivational power of fun and enjoyment, a classic intrinsic motivator. This should come as no surprise to anyone who hangs around open source developers. Almost all of them like working on open source projects. One large 2007 study determined that fun accounted for 28 percent of the effort (in terms of number of hours) dedicated to projects. One implication of this research is that activities developers typically enjoy less–tech support often tops this list–may require alternative forms of motivation.

Much of the research into reputation as an internalized extrinsic motivator has focused specifically on peer recognition. Your reputation among your peers can be a source of your own pride, but it also signals your talent to community insiders and potential employers. The suggestion that reputation could be an important motivator in contributing to open source goes back at least as far as 1998, in Eric Raymond’s essay "Homesteading the Noosphere." However, since then, a variety of surveys have supported the idea that peer reputation is a driver for participation.

Another motivator in this category is what researchers call "own-use value" but is more recognizably described as something like "scratch your own itch"–develop something that you want for yourself and in the process, create something valuable to others. The initial motivation essentially comes from a selfish need but that can evolve into more of an internalized desire to contribute.

It's unsurprising research would identify own-use value as a good motivator. Certainly, the folk wisdom is that many developers get into open source by developing something they themselves need—such as when Linus Torvalds wrote Git because Linux needed an appropriate distributed version control system.

As we’ve seen, contributors to open source software have a variety of different motivations but there are a few general threads worth highlighting in closing.

Motivators can actually be counterproductive when a single motivator is relied upon too heavily. One study reported that developers scratching their own itch worked "eclectically," fixing bugs that annoyed them and then quitting until the next time.

In particular, don’t expect non-extrinsic motivators to carry too much of the load. Fun isn’t a good motivator if the task is not actually fun. Altruism motivates some but it also doesn’t pay their bills.

That said, developers do contribute for reasons that aren’t purely about money or other extrinsic reasons. Learning, peer reputation, and recognition are important to many (and not just in open source development.) Organizations should not neglect the role these can play in motivating developers and should implement incentive programs around them, such as peer reward systems.

This post is based on material from How Open Source Ate Software (Apress, 2018) by the author.

You can work on the internals of one of the largest open source projects, even in your spare time.
Tara Gu

Here are a few strategies to make the most of participating in the month-long celebration of open source software.
Matthew Broberg (Red Hat)

To support the community, of course!

Something that is part of the reputation of open source software is the absence or inadequacy of documentation. Because of this, it has been quite a struggle to learn how to use it. I got involved with mail lists as a help to learning, and then along the way found to my surprise that I was able to help others. This evolved for me into helping to create more complete documentation, and then writing or repairing Python scripts. Even though I'm not much of a bug-fixer, I can provide help by explaining or refining the description of some sort of bug that someone else has reported. Eventually, you get the positive feedback of being a part of a community associated with open source software.

I ended up clicking on 'other' in the poll because there is more than one reason I contribute to open source projects it is not that some of the other options are unimportant to me. After all who would not like having fun!,

It's definitely multi-dimensional. And, as the research shows, if people are getting paid reasonably, it's a lot easier to find other reasons to contribute.