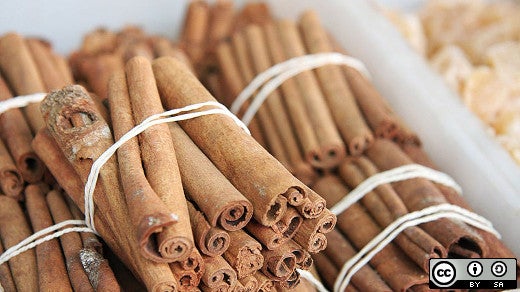 When GNOME 3 was released, some GNOME users were not ready to give up GNOME 2. The Linux Mint project was so dissatisfied with GNOME 3 that it started its own desktop as an alternative, and thus the Cinnamon desktop was born.

Cinnamon originally sought to "remix" GNOME 3 so that it looked and acted like the GNOME 2 so many users knew and loved, but eventually, it diverged enough to be a true fork. Today, Cinnamon uses GTK3 libraries and forked versions of key GNOME 3 applications to create a classic GNOME experience.

You may find Cinnamon in your distribution's software repository, or you can download and install a distribution that ships with Cinnamon as its default desktop. Before you do, though, be aware that it is meant to provide a full desktop experience, so many Cinnamon apps are installed along with the desktop. If you're already running a different desktop, you may find yourself with redundant applications (two PDF readers, two media players, two file managers, and so on).

If you just want to try the Cinnamon desktop, you can install a Cinnamon-based distribution in a virtual machine, such as GNOME Boxes.

The Cinnamon desktop layout has a classic look, although—in spite of being inspired by GNOME 2—that look is not at all like GNOME 2. In fact, it shares more with KDE's Plasma desktop than with GNOME 2, with an application menu in the lower-left corner, a taskbar for pinned and active applications, and a system tray in the lower-right corner. There's no top menu bar with Applications and Places and System menus, and the taskbar uses icons with no text, so if it's a clone of GNOME 2 you're looking for, Cinnamon doesn't provide that. 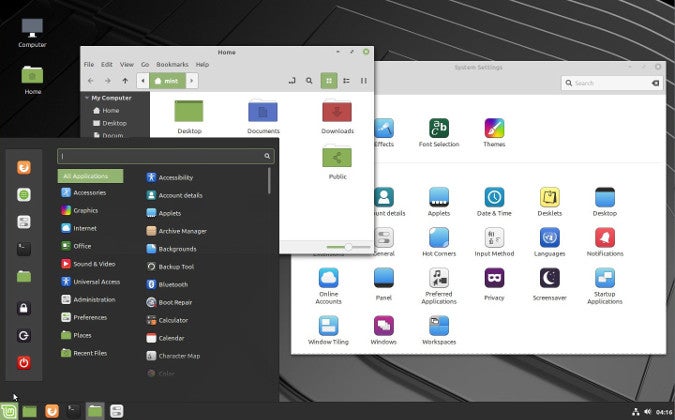 What Cinnamon does provide, however, is the opportunity for Linux Mint developers to control the environment they maintain. The Mint desktop is very much a Linux Mint creation, so much so that it's almost a part of the Mint brand. And yet it's appealing enough for enough users that it's available on other distributions, even ones traditionally seen as "rivals" (at least, insofar as there are rivalries in open source). Here's the Cinnamon desktop environment fitting in nicely with a Fedora install: 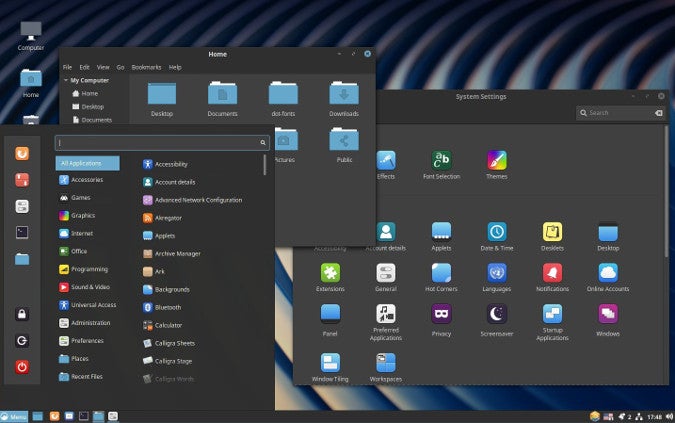 The desktop experience, aside from its panel layout, is a simple and classic one. There are icons on the desktop serving as shortcuts to common locations, there's an application for most file-management tasks, and there are applets in the systems tray for common administrative tasks. It's a familiar user experience. Just like its name, it's warm and inviting and cozy.

Cinnamon isn't as flexible as something like Fluxbox or KDE, but it's not as rigid as GNOME 3 or Pantheon. The System Settings application provides customization for all the usual small details, such as keyboard layout, keyboard shortcuts, workspace behavior, a firewall, and so on. A right-click on any element usually brings up a useful contextual menu with settings or information about what you've clicked.

There are definitely some expectations about what your workflow ought to be when using Cinnamon, but these assumptions are all generic and safe. It may not be the most efficient desktop environment, but it's soundly a generic, all-purpose one. Both power users and new users feel at home in Cinnamon. You can customize the experience within certain parameters, and if you hit the ceiling when you try to make drastic changes, then you can fall back on the fact that this is open source, and you have plenty of other options.

You may never hit that ceiling, though. Cinnamon's an attractive and responsive interface. It's a pleasure to use because it's simple and intuitive, with no surprises or puzzling user-interface choices to slow you down. With a few custom keyboard shortcuts and a little time to settle into a new environment, you can do amazing things with Cinnamon, and you'll love every moment of it because it's a beautiful thing to witness. Cinnamon is restrained with animations and effects, and the ones it uses are appealing and even informative.

It's fun to try new desktops, and Cinnamon is worth trying. Install or download it today and see what you think. It's one of those desktops that you already know how to use, even if you've never used it before.

This article is part of a special series of 24 days of Linux desktops. Take a step back in time with Window Maker, which implements the old Unix NeXTSTEP environment for today…