3 popular programming languages you can learn with Raspberry Pi

3 popular programming languages you can learn with Raspberry Pi

Become more valuable on the job market by learning to program with the Raspberry Pi. 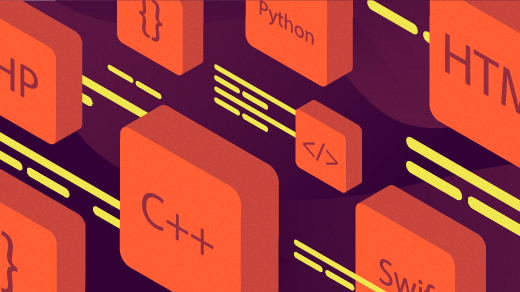 In the last article in this series, I shared some ways to teach kids to program with Raspberry Pi. In theory, there is absolutely nothing stopping an adult from using resources designed for kids, but you might be better served by learning the programming languages that are in demand in the job market.

Here are three programming languages you can learn with the Raspberry Pi.

Python has become one of the most popular programming languages in the open source world. Its interpreter has been packaged and made available in every popular Linux distribution. If you install Raspbian on your Raspberry Pi, you will see an app called Thonny, which is a Python integrated development environment (IDE) for beginners. In a nutshell, an IDE is an application that provides all you need to get your code executed, often including things like debuggers, documentation, auto-completion, and emulators. Here is a great little tutorial to get you started using Thonny and Python on the Raspberry Pi. 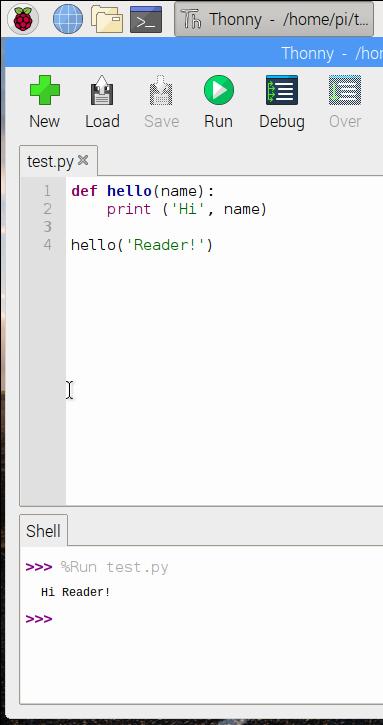 Although arguably not as attractive as it once was, Java remains heavily used in universities around the world and deeply embedded in the enterprise. So, even though some will disagree that I'm recommending it as a beginner's language, I am compelled to do so; for one thing, it still very popular, and for another, there are a lot of books, classes, and other information available for you to learn Java. Get started on the Raspberry Pi by using the BlueJ Java IDE. 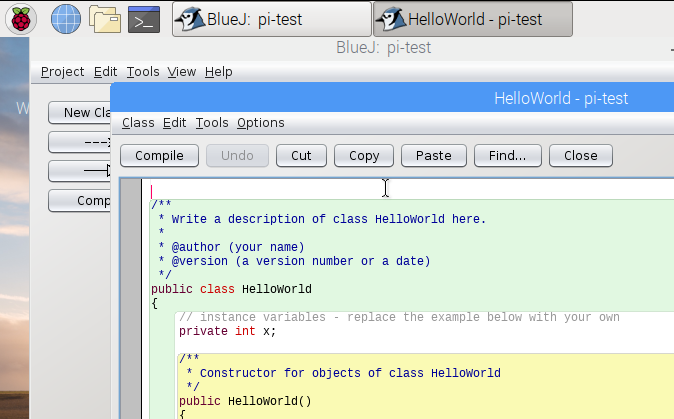 "Back in my day…" JavaScript was a client-side language that basically allowed people to streamline and automate user events in a browser and modify HTML elements. Today, JavaScript has escaped the browser and is available for other types of clients like mobile apps and even server-side programming. Node.js is a popular runtime environment that allows developers to code beyond the client-browser paradigm. To learn more about running Node.js on the Raspberry Pi, check out W3Schools tutorial.

If there's another language you want to learn, don't despair. There's a high likelihood that you can use your Raspberry Pi to compile or interpret any language of choice, including C, C++, PHP, and Ruby.

All good languages to understand. A great way to produce quick results on the Pi is Node-RED; it allows quick flow based development and it can leverage JavaScript and Python when you need to code something specific.

Loads of free node downloads available - the dashboard node allows quick and easy dashboards if you want to use your Pi as a smart home or IoT device.

Regarding Java, it's worth noting that nearly all web browsers in use today have disabled support for plugins, including the one that allows you embed Java applets in web pages.

Java is still a great language for developing standalone applications, but it is no longer useful for developing rich web content. For that, you need to work with HTML5 (including JavaScript and JS-based application environments).

Hi David, Thank you for sharing your thoughts, but I would argue Java is even more popular as an enterprise server side language. A lot of web services are actually written in Java. Thanks again!

I haven't done any Assembly language since college, but that's actually a really interesting idea! Thanks for suggesting it!

Regarding Microsoft Visual Studio Code, it's not "open source", unfortunately. Rather, it's "free as in beer" for noncommercial or demo use. Otherwise, I like the article, and the Raspberry Pi is a fine educational computer, indeed.

Hi Sum, Thanks for sharing. The product is under the MS license, but the code is open sourced under the MIT license. A bit like how Chrome vs Chromium works.

The specific builds for the Raspberry Pi are coming from: https://github.com/headmelted which are supposed to be community build vs Microsoft builds, meaning the open source version.

If I got any of that wrong, feel free to correct me! Thank you again!

There is also SMALLTALK !