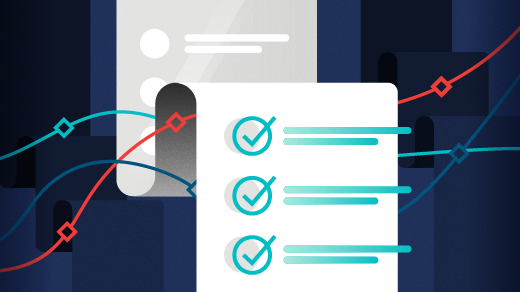 In an effort to get some practice using Git, I began reading the documentation and some articles here on Opensource.com, particularly Seth Kenlon’s introductions. Once I finished reading, it was time to do some actual practice.

Like many undergraduate computer science students, I've done programming homework and labs. I saved all of this work, so why not use this code to create a practice Git repository? Then, I could run the code and fix any problems, which would let me practice making commits and creating branches. By doing so I could demonstrate basic Git proficiency.

I'm not new to version control. I've used older tools, such as CVS and Subversion, and was once an administrator, many years ago, for Borland (now Micro Focus) StarTeam. However, my Git experience was limited to minor usage of Atlassian Bitbucket. I was not a Git Guru.

It was time to learn.

Before getting too comfortable with GUI tools and sites like GitHub and GitLab, I wanted to spend time on the command line in order to fully understand how Git works. I started by checking to see if Git was installed, so I tried to run the git command. However, it wasn't installed, but this problem is easy to fix using distribution package managers. For example, on Ubuntu you can run sudo apt install git to install this tool. On Fedora, sudo dnf install git gets the job done.

Once I ran the package manager, a quick check confirmed that Git was now installed:

At this point, I located my old files and rearranged them into a directory structure that could work well. The files were from an assignment—Lab 2—for my CSC121 class. The objective was to code an application that plays the role of a gas station. The user had to select the fuel grade and number of gallons to purchase. The grade determined the cost per gallon, which was then multiplied by the number of gallons to produce the total purchase cost. I still had both the C source code and the compiled binary.

This source code is only 33 lines long. I was curious to know whether this binary, compiled over 20 years ago, would still execute.

The fact that it succeeded is a testament to backward compatibility!

I began to think about what changes I could make to the code. I wanted to complete a few more tests first by seeing whether the code ran correctly. For instance, purchasing 10 gallons of premium gas resulted in:

My first thought was, "Wow, gas was cheap 20 years ago!" Given this simple test, I determined that I did have a small, useful code project to use as Git practice.

Setting up the repository

The first step in getting started with Git is to create a repository. I also configured a few things to get started, such as setting my identity for Git, defined by my user name and email address. To set my identity, I made sure that I was in the working directory that I intended to use, which in this case is my lab2 directory.

The command to create the repository is simple:

A command that I use a lot today is git status, to check the status of a repo. Running this on my new repository results in:

The above results reveal important information. In this case, they tell me that I am currently on the master branch and that nothing has been committed. Git also lists the two files in my working directory as untracked, since they haven't been added. The next step is to add these files.

Whether or not to add a compiled binary is a decision to make depending on your usage. Generally, binary files are stored in a Binary Repository and are not added to Git because Git cannot diff binary files. In my case, I wanted to hang on to this particular binary. I used the command git add to add both of these files to the repo.

The command doesn't produce any output, but checking status again reveals that Git no longer lists the files as untracked:

After adding the files, I did a git commit, using the -m option to include a message:

That's it! The repository has been populated. Checking the status again reveals that all is well:

To reinforce what I’d learned, I repeated this process a few times and soon was comfortable with the most common tasks involved with maintaining a repository. I had a handle on adding files with git add, and removing files with git rm. I also knew how to commit these changes. The next item to tackle was slightly more complex: git branch.

A Git branch is used to separate work. This tactic is commonly used when new features are in development but need to be kept distinct until ready for general release.

I thought it would be good idea to create a branch called original to store the original files. This way, if I had different branches and was ready to merge back to master, I would not overwrite the old version. I did this with the git branch command, specifying the name of the new branch:

This step duplicates the master to the new branch. To list the branches, I use the git branch command with no arguments. The asterisk indicates my active branch:

I use git checkout to look at my new branch. Once again, git branch uses an asterisk to indicate my active branch:

Earlier, I identified something in the original code that I wanted to change. So, to keep a new version organized while preserving the current code, I created another branch solely for an update called Fix2019. I made this my new active branch and removed the binary.

At this point, I edited my code to update the prices. Premium is definitely not $1.30 anymore, so I increased it to $2.75. The actual updated C code is shown below:

I saved the file and tried to recompile:

Great, it compiled! As a test, I ran the binary again and bought another 10 gallons of premium gas (remember 20 years earlier the total cost was $13.00).

The command git status summarizes all of the actions that I have taken:

I had to commit my changes to the Fix2019 branch. I added my updated code and the new binary using git add ., followed by a git commit:

A grep for the old price showed that the master branch still contained the old code:

So it’s time to merge. A final grep for the new price will confirm the merge:

This exercise helped me get started using Git. It only covers the basics of a local repository, and Git offers much more as a distributed version control system, but this was enough to get me started. Now it’s your turn. Find a simple project, load it into Git, and let the learning begin.

What to read next
Tags
Git
Alan Formy-Duval