Learn how to use some of the lesser-known features of gdb to inspect and fix your code. 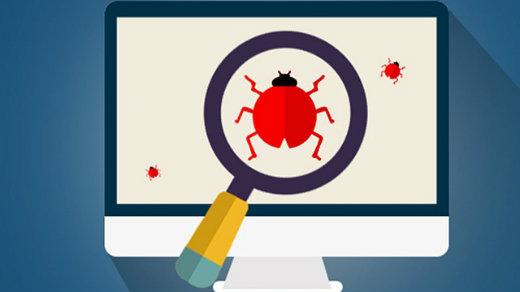 The GNU Debugger (gdb) is an invaluable tool for inspecting running processes and fixing problems while you're developing programs.

You can set breakpoints at specific locations (by function name, line number, and so on), enable and disable those breakpoints, display and alter variable values, and do all the standard things you would expect any debugger to do. But it has many other features you might not have experimented with. Here are five for you to try.

Setting a breakpoint is one of the first things you'll learn to do with the GNU Debugger. The program stops when it reaches a breakpoint, and you can run gdb commands to inspect it or change variables before allowing the program to continue.

For example, you might know that an often-called function crashes sometimes, but only when it gets a certain parameter value. You could set a breakpoint at the start of that function and run the program. The function parameters are shown each time it hits the breakpoint, and if the parameter value that triggers the crash is not supplied, you can continue until the function is called again. When the troublesome parameter triggers a crash, you can step through the code to see what's wrong.

To make this more repeatable, you could count how many times the function is called before the specific call you are interested in, and set a counter on that breakpoint (for example, "continue 30" to make it ignore the next 29 times it reaches the breakpoint).

But where breakpoints get really powerful is in their ability to evaluate expressions at runtime, which allows you to automate this kind of testing. Enter: conditional breakpoints.

More Linux resources
debugger automatically lets the program continue without asking the user what to do.

We can use this to work around the bug we already know about in the sometimes_crashes function and make it return from that function harmlessly when it provides a null pointer.

We can use silent as the first line to get more control over the output. Without this, the stack frame will be displayed each time the breakpoint is hit, even before our breakpoint commands run.

GNU Debugger has built-in support for examining memory using the x command in various formats, including octal, hexadecimal, and so on. But I like to see two formats side by side: hexadecimal bytes on the left, and ASCII characters represented by those same bytes on the right.

When I want to view the contents of a file byte-by-byte, I often use hexdump -C (hexdump comes from the util-linux package). Here is gdb's x command displaying hexadecimal bytes:

What if you could teach gdb to display memory just like hexdump does? You can, and in fact, you can use this method for any format you prefer.

By combining the dump command to store the bytes in a file, the shell command to run hexdump on the file, and the define command, we can make our own new hexdump command to use hexdump to display the contents of memory.

Those commands can even go in the ~/.gdbinit file to define the hexdump command permanently. Here it is in action:

Sometimes you want to understand more about what happened leading up to a crash, and the source code is not enough. You want to see what's going on at the CPU instruction level.

The disassemble command lets you see the CPU instructions that implement a function. But sometimes the output can be hard to follow. Usually, I want to see what instructions correspond to a certain section of source code in the function. To achieve this, use the /s modifier to include source code lines with the disassembly.

This, along with info registers to see the current values of all the CPU registers and commands like stepi to step one instruction at a time, allow you to have a much more detailed understanding of the program.

Sometimes you wish you could turn back time. Imagine you've hit a watchpoint on a variable. A watchpoint is like a breakpoint, but instead of being set at a location in the program, it is set on an expression (using the watch command). Whenever the value of the expression changes, execution stops, and the debugger takes control.

So imagine you've hit this watchpoint, and the memory used by a variable has changed value. This can turn out to be caused by something that occurred much earlier; for example, the memory was freed and is now being re-used. But when and why was it freed?

The GNU Debugger can solve even this problem because you can run your program in reverse!

It achieves this by carefully recording the state of the program at each step so that it can restore previously recorded states, giving the illusion of time flowing backward.

To enable this state recording, use the target record-full command. Then you can use impossible-sounding commands, such as:

Here is an example of reverse debugging in action:

These are just a handful of useful things the GNU Debugger can do. There are many more to discover. Which hidden, little-known, or just plain amazing feature of gdb is your favorite? Please share it in the comments.

Tim Waugh - Tim Waugh leads the team managing the tools used to build container images for Red Hat products. Having joined Red Hat in 1999 he has been writing free software for over twenty years. He enjoys learning things like magic and shorthand.
More about me

A quick-and-dirty but surprisingly effective way to debug memory leaks is to let the leak grow until it consumes most of a program's memory, and then attach gdb and just x random pieces of memory. Since the leaked data is using up most of memory, you'll usually hit it pretty quickly, and can try to interpret what it must have come from.