Practice coding in Groovy by writing a game | Opensource.com

Practice coding in Groovy by writing a game 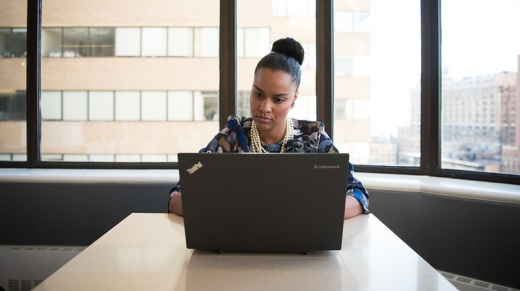 You see the same basic concepts in most programming languages, such as:

Once you understand these concepts, you can start figuring out what makes one language different from another. For example, most languages have a "way of doing things" supported by their design, and those ways can be quite different from one program to another. These include modularity (grouping related functionality together), declarative vs. imperative, object-orientation, low- vs. high-level syntactic features, and so on.

Programming and development
An example that is familiar to many programmers is "ceremony," that is, the amount of work required to set the scene before tackling a problem. The Java programming language is said to have a significant ceremony requirement stemming from its design, which requires all code to be defined within a class.

But back to the basics. Programming languages usually share similarities like the ones mentioned above, so once you know one, you can start learning the basics of another to appreciate its differences. One way to expand on the languages you know is by using a basic test program to begin learning. That's what we're doing in this series of articles, using a "guess the number" program, in which the computer picks a number between one and 100 and asks you to guess it. The program loops until you guess the correct answer.

It's also a great practical experiment to learn a new programming language.

Guess the number in Groovy

Groovy is dynamically typed, feels like a scripting language, and has good support for interactive use. It was designed to leverage the Java Virtual Machine (JVM) ecosystem and has a high level of source compatibility with Java, along with its streamlined and high-level syntax features.

Here is my implementation of the "guess the number" game in Groovy (with line numbers so I can review some of the specific features):

For those familiar with Java or C, the syntax will seem broadly familiar (unlike in Python, for example). In Groovy statements such as if-then-else or while, the then, else, and while parts take either a statement or a group of statements enclosed within { and }. Java programmers will note that Groovy provides streamlined support for scripting—no need for wrapping the program in a class definition.

Groovy is object-oriented and has access to the Java standard library.  In line 1 of my code, to generate a random number, it creates a new instance of the Random class and calls the nextInt()  method on it with an argument of 100, which will give a number between 0 and 99; and so we add one to this result.

One more thing to note: Groovy doesn't require semicolons to terminate lines when it can figure out the end of a statement from the presence of a newline.

The second statement prints out the number that was generated, for debugging purposes. Worth mentioning here is Groovy's active efforts to hide Java ceremony; in Java, this would be written:

The Groovy compiler takes away the need to prepend System.out in front of println. Groovy also makes parentheses in method invocations optional as long as the arguments can be clearly identified (but a method that takes no arguments still needs the () following the method name).

In line 3, Groovy permits the use of single quotes instead of double quotes to delineate a String literal. Double quotes are required for a GString. This line prints a prompt for the person running the script.

I want to be able to read input from the console (typically a terminal window). Java defines the System static class and the in static field as a way to get at stuff the user is typing in the console. Statement 4 calls the withReader method on the System.in field to set up and tear down a line-oriented String reader—another example of Groovy's streamlining. withReader takes a closure as its argument—a kind of "anonymous code block," similar to a lambda in Java. When withReader calls the supplied closure, it passes the reader as an argument to the closure. The corresponding parameter is defined in the closure with the fragment reader ->.

This closure business is a really interesting feature in Groovy. Although it's similar to a lambda, it does not have lambda's limitations, such as only being able to refer to final or equivalent-to-final variables in the enclosing scope, so there's no need to worry much about the definition of randomNumber external to the closure.

The closure, which begins with the { reader -> on line 4 and ends with the } on line 21, is the chunk of code that processes the user's input.

Within that closure is code that mostly looks familiar. Line 5 declares the String variable response (which is local to the closure). Line 6 starts a while loop that iterates as long as the user continues to guess, terminating if the line is empty or the user signals an end-of-file (say with a Ctrl+D in a Linux terminal window). This while loop ends with the } on line 20.

Note the expression tested by the while loop is:

Lines 7 and 8 check to see if the user entered a String value that can be converted to a number and will complain if not. Instances of the Groovy String class (i.e., all Strings) have a method called isNumber() that can be used for this kind of test. Compare this usage to the typical Java approach, which uses a try-catch block.

Lines 9 through 19 process the value entered by the user. Line 10 converts the String value entered to an Integer using Groovy's as keyword, which can handle many coercions and conversions. The rest of the code tests whether the converted integer value is too low, too high, or just right. Note again the use of single quotes vs. double quotes, particularly in the println call on line 19, where double quotes are used to delimit the String literal because of the single quote within.

How well did this do in demonstrating the concepts I outlined earlier?

I also used some Java standard library functionality, such as the isNumeric() method on String instances and the withReader() method on System.in. I used a closure, kind of like a Java lambda.

Run the program to play the game:

One thing I didn't cover is comments. Like Java, Groovy comments can begin with a // and run to the end of the line or can be wrapped in /* */. I could comment out the debug println with a // in front to make it harder to cheat.

If you want to learn Groovy, start with the official Groovy website. I find Hubert A. Klein Ikkink's musings on Groovy, Grails, and Java to be extremely worthwhile. There are also many fine books about Groovy; even if they are somewhat dated, they are still worth reading. I like Venkat Subramaniam's Programming Groovy 2: Dynamic productivity for the Java developer.

Programming a simple game is a great way to practice a new language and compare it against others you know.
Jim Hall (Correspondent)