Find out how to choose a Raspberry Pi and start using it in our new eBook. 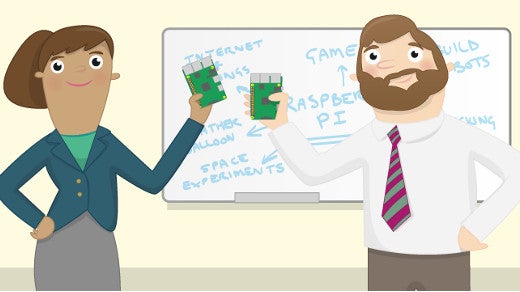 The first personal computer I purchased with my own money was a Packard Bell, back in the mid-1990s. What I remember about that computer was that for US$ 1,500, I had an Intel Pentium processor with a few megabytes of RAM, a modem to connect to my dial-up internet, and no other devices for internet connectivity.

Fast forward to 2012, when the first Raspberry Pi unleashed an era of single-board, inexpensive, tiny computers. And what the Raspberry Pi Foundation has been able to do in the past eight years has been nothing less than incredible. By bringing affordable, useful, mostly open technology to schools, universities, hobbyists, and others around the world, the Raspberry Pi has changed the way many of us learn, teach, and even do our jobs.

If you haven't had a chance to "play" and "learn" with the Raspberry Pi but would like to, the Raspberry Pi: How to get started eBook is for you. It will help you walk through how to choose a Raspberry Pi, how to get it installed, how to use its amazing software, and how to give back to the community.

Our hope is that this eBook will be one of the first steps you take into the freeing, exciting world of open source development.

Download the Raspberry Pi: How to get started eBook