When software is distributed via container images, source code should be made available in order to ensure seamless compliance with licensing. 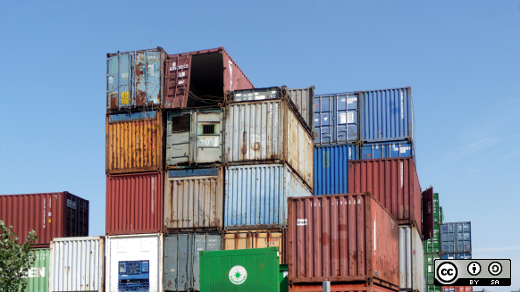 We should design source code availability into container tools and processes to facilitate open source license compliance that is efficient and portable:

The word "container" refers to a runtime experience—a program, together with its dependencies, can execute in an environment that provides certain isolation from other executing programs; this is running in a container.

Package maintainers and package management tools have played an underappreciated role in source availability for over two decades. The focused nature of a package, the role of a package maintainer, and the tooling that has been built to support package management systems results in the expectation that someone (the package maintainer) will take responsibility for seeing that the sources are available. Tools that build binaries also collect the corresponding sources into an archive that can be delivered alongside the binaries. The result is that most people don't need to think about source code availability. The sources are available in the same unit as the delivery of the executable software and via the same distribution mechanism; for software delivered as an RPM, the corresponding source is available in a source RPM.

In contrast, there is no convention for providing the source code that corresponds to a container image.

The many software components in a container image often include GPL-licensed software. Companies that may not have much experience with distribution of FOSS software may begin distributing GPL-licensed software when they start offering their software in the form of container images. Let's make it straightforward for everyone, including companies who may be new to FOSS, to provide source code in a consistent way.

Identification of the corresponding source code

Identifying the corresponding source code is more challenging for container images than it is for packages. For packages, the source is available to the person building the package (although there can be some challenges with the source for dependencies if a package is built to include dependencies, not merely refer to them). In contrast, container images are conventionally built using, mostly, previously compiled components. When the container image is built, the source for those software components may be readily at hand or not, depending on how the binaries were acquired and how they were built.

Making the corresponding source code available as a logical part of a container image, of course, facilitates compliance in the distribution of that image. But, also, that practice supports a compliant ecosystem. If someone builds on a base image, how do they know what source code might need to be made available? If container images have corresponding source images, then the solution is straightforward. It is not necessary to start by figuring out what is in the base. Rather, start source availability for the overall image by using the source image for the base.

Here is an opportunity to build compliance into the tools—when someone builds on a base image, the tools should make it easy for them to make the corresponding source available for the base, as well as what is built on top. Tools should create a source image corresponding to the final combined image by starting with the source image for the base and adding whatever source is appropriate for the software that is built on top of that base.

Suppose one has a list of the source code artifacts that correspond to a container image. Where is that list going to be hosted? Where are the source artifacts going to be hosted? If the container image is hosted on various registries, how is source code going to be made available for each of those distribution points? Is there work to be done in each registry or in each of the catalogs associated with the registries? How is someone pulling a container image from each of a number of different registries going to know where these materials are? How does this work at scale? How many mechanisms are needed?

We should build a container ecosystem with compliance that is portable across registries. One shouldn't need to get a new guidebook from each registry.

Why deliver the source code through a container registry? Equivalent access, efficiency, and portability.

A source image (aka a source container) is simply a container image. Instead of the layers in the image being tarballs of files to provision a container for execution, each layer is a source artifact.

Container registries store and deliver an image as parts, rather than as a single digital object. This is valuable because container images are extremely redundant. Many images differ in a small fraction of their content. A container image can simplify data center operations by packaging together all of the components needed to run a particular program; as a result, container images are large, and each contains much content that is identical to other images in the registry. There can be 100-300 software components in an image, most of which are present in many other container images. Also, images are immutable. When an image needs to be updated, a new image is created that is almost identical to the prior version. This size challenge is mitigated by breaking archives for container file systems into multiple layers and using content-addressable storage.

That deduplication capability is advantageous in source code, too. The key to taking advantage of this registry feature is to not store all of the corresponding sources for an image in a single blob. More than 100:1 deduplication can be readily achieved if the source code is stored with the granularity of a separate source artifact for each of the hundred or more software components from which the image is built.

Red Hat has started the first of a two-stage approach to implementing registry-native delivery of source code.

In the first stage, Red Hat has started by producing source images that can be hosted on existing registries and will not confuse tools that expect all images to be executable. In this approach, source artifacts masquerade as regular layers—each source artifact is wrapped in a tar archive; the media types for the layers are the same as for a regular executable image. The source image is associated with the corresponding executable image by a naming convention.

Container images should be linked to the corresponding executable image(s) via the image index, rather than with a tag naming convention. The container image format makes it possible for a source image to literally be a part of the overall image of which the executable image is a part. Unrelated to source code, it is useful to be able to have images that are built for different processor architectures be part of a single overall image. That overall image can be managed as a single object, and a consumer of the image can select which version(s) and/or part(s) of the image to download (e.g., amd64, or arm64, or source). Thus, rather than associating the source with the corresponding executable image via a labeling convention, the source image manifest should be listed in the image index.

Finally, source artifacts in a registry should be consistent with the approach for other non-layer content in registries (such as Helm charts). Providing a consistent way to serve such content is the subject of the "artifacts" project within the Open Container Initiative. Registry-native distribution of source can be a beneficiary of that project.

Where are we now?

Source "containers," which are actually images, for UBI images are in the Red Hat registry now. These source images have been built using production tools. The next step is to roll this out to other images.

Where are we going?

We need an industry-wide, consistent approach to making source code available for container images. Let's work together in the OCI's artifacts project and agree on the details of the no-masquerade approach.

The source code is the license

For open source software, license information is embedded in the source code. To reduce complexity, you can generate different views.

Why containers and Kubernetes have the potential to run almost anything 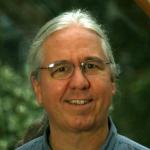