Ring the school bell at home on your Linux computer

Bring familiar sounds from school to your virtual students with these Linux tools. 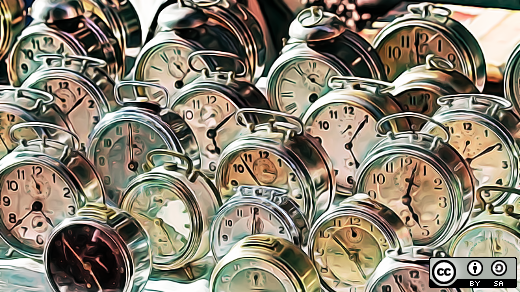 Many students are used to the bell ringing to signal the beginning of each school day, class changes, and dismissal time. There's no feeling quite like that last bell at the end of last period telling you are free to leave the building. But virtual and homeschool students probably don't get to hear that familiar ring and may even miss it. We're all trying to restore a bit of normalcy these days for the kids who may be longing for the sights, smells, and sounds of their school building.

There is a simple way to use a Linux computer to ring that bell. The project has only three steps: First, download a sound file for a bell, tone, or sound of your choice. Second, locate or install a simple audio player. Finally, enter your child's schedule into a cron configuration.

The first task is to locate a good bell sound. I found an MP3 file from the Free Sounds Library, where all the sound files are under the Creative Commons license. I downloaded and saved the file to my home directory:

There are several command-line tools for playing audio from the Linux command prompt. So, this might be an area of user preference since everyone has a favorite.

I wanted an audio player that would be very simple and not output anything to standard out (stdout). The SDL Library includes the playsound command, which is very easy to use. So, I installed the SDL_sound package.

I installed it on my Fedora 32 workstation, along with several required dependencies, using dnf:

One nice thing is these are small files, much smaller than the feature-rich GUI audio players such as Rhythmbox and Audacious.

After installing SDL_sound, I quickly tested the capability to play the bell sound MP3 file. Turn up your volume!

The last step uses the Linux cron scheduler, using commands that coincide with the school schedule. For example, suppose that the school bell rings Monday through Friday at 8:15am to signal the beginning of classes, then hourly for class period changes, and finally at 2:30pm to end the day.

Use the command crontab -e to edit the configuration. Cron does not interpret the commented lines; they only clarify how each line tells cron to behave:

Tailor the configuration for your student's schedule.

The syntax used by the cron scheduling mechanism can take some time to learn. You can check out this online assistant for help.

Once you save the configuration, you can view it with the command crontab -l, which produces output exactly as it appears above.

The bell will now ring throughout your virtual student's day, just like if they were sitting in their classroom.

Concentration offers a quick way to filter out distractions and focus on coding.