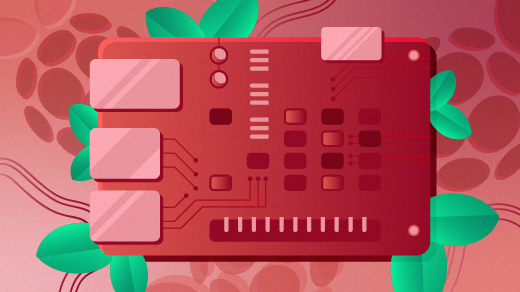 Ceph is an open source software storage platform that provides object, block, and filesystem storage in a unified storage cluster. I first used Ceph when I integrated it with OpenStack. At first, I was confused about why I should use Ceph since storage devices are widely available. But after using it for more than three years, the platform's stability and integrity have proven its value again and again.

This article will show you how to install Ceph using ceph-ansible (an officially supported Ansible playbook for Ceph) and deploy it in a Raspberry Pi cluster. 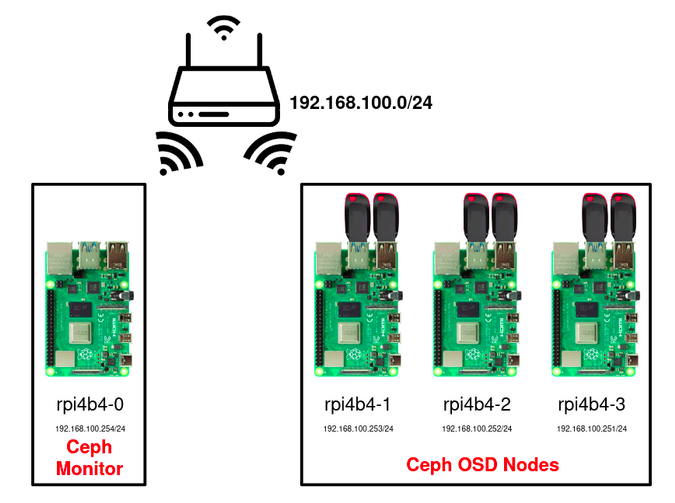 1. Copy ssh keys to all servers

I have a common user called cephadmin on all servers (each Raspberry Pi is a server in this context). The cephadmin user is configured with passwordless sudo to make things easier.

I use a Bash for-loop because I'm using consistent and incremental hostnames:

You need to accept and enter your password on each one, but you can automate this with expect.

Install Git to clone the repository:

I'm using an AArch64 build of CentOS 7, so I must install some required packages before continuing.

Then the packages ceph-ansible needs:

I received this error:

This may be related to the architecture, because I can't replicate the error in a CentOS 7 virtual machine.

For deployment, export CRYPTOGRAPHY_ALLOW_OPENSSL_102 to True so that Ansible can run:

As of this writing, there is a bug in the ceph-ansible repository (according to this bug ticket). You can mitigate the bug by editing line 85 and 86 of the roles:

Run the Ansible playbook with your inventory file:

After 15–20 minutes, you should see this result: 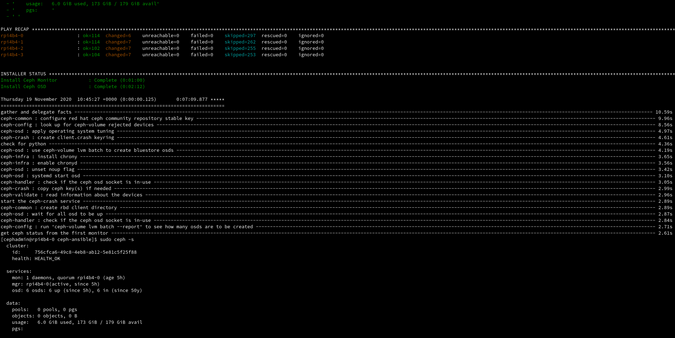 Previously, I manually deployed an OpenStack cluster in another Raspberry Pi cluster. I hope to integrate it with this one. I'm also looking into deploying with TripleO.

The possibilities for Raspberry Pi, Ansible, and OpenStack are endless. Get started with your own experiment, and let me know how it goes in the comments.

Run a full-featured virtualization environment with oVirt and Gluster and without burning a hole in your pocket. 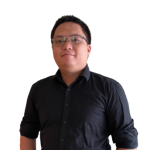 AJ Canlas is a Sr. Solutions Consulting Manager in Micro-D International based in the Philippines, He handles both Public and Private Cloud Infrastructure and Initiatives, His Main Strengths is in Linux, OpenStack, Ansible Automation, and Containerization.
More about me