Tealdeer is a Rust implementation of tldr, which provides easy-to-understand information about common commands.

Man pages were my go-to resource when I started exploring Linux. Certainly, man is the most frequently used command when a beginner starts getting familiar with the world of the command line. But man pages, with their extensive lists of options and arguments, can be hard to decipher, which makes it difficult to understand whatever you wanted to know. If you want an easier solution with example-based output, I think tldr is the best option.

Tealdeer is a wonderful implementation of tldr in Rust. It's a community-driven man page that gives very simple examples of how commands work. The best part about Tealdeer is that it has virtually every command you would normally use.

On Linux, you can install Tealdeer from your software repository. For example, on Fedora:

On macOS, use MacPorts or Homebrew.

Alternately, you can build and install the tool with Rust's Cargo package manager:

Using tldr with a specific command (like tar) shows example-based man pages that describe all the options that you can do with that command:

To control the cache:

You can give Tealdeer output some color with the --color option, setting it to always, auto, and never. The default is auto, but I like the added context color provides, so I make mine permanent with this addition to my ~/.bashrc file:

The beauty of Tealdeer is you don't need a network connection to use it, except when you're updating the cache. So, even if you are offline, you can still search for and learn about your new favorite command. For more information, consult the tool's documentation.

Would you use Tealdeer? Or are you already using it? Let us know what you think in the comments below.

Why I use exa instead of ls on Linux

Exa is a modern-day replacement for the Linux ls command. 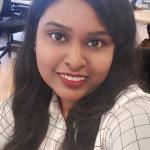 Sudeshna is from Kolkata and currently working for the Red Hat Middleware team in Pune, India. She loves to explore different open source projects and programs. She started contributing to Open Source a couple of years back as an Hacktober Participant since then she has been an avid blogger at Dzone on Python and Data Science. She enjoys her free time stargazing and loves continental cuisine.
More about me