Rename a file in the Linux terminal

To rename a file in the terminal, move the file with mv from itself to itself with a new name. Here's an example. 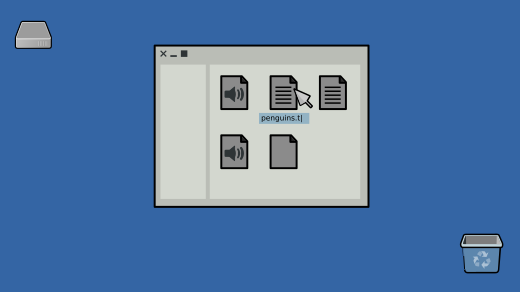 To rename a file on a computer with a graphical interface, you open a window, find the file you want to rename, click on its name (or right-click and select the option to rename), and then enter a new name.

To rename a file in the terminal, you actually move the file with mv, but you move the file from itself to itself with a new name.

This example renames example.txt to file.txt:

Because they both use the same command, you can combine rename with a move. For instance, when moving example.txt to Documents, you could also rename it:

How to move a file in Linux

Whether you're new to moving files in Linux or experienced, you'll learn something in this in-depth writeup.