Why I love KDE for my Linux desktop

The KDE Plasma Desktop aims for the perfect combination of integration, consistency, and customization.

One of the things that open source prides itself on is choice. You don't have to settle for anything you don't love. You can change your file manager, your text editor, and you even have over 24 desktops to choose from. As with many Linux users, I was pretty flexible about the desktop I used at first. I didn't know what I liked at first, because I hadn't tried everything available to me. On one auspicious day in January 2008, KDE 4.0 was released, and from the moment I laid eyes upon the Plasma Desktop, I knew that it was the Linux desktop I'd been waiting for (and having only been a Linux user for a year by that time, I guess I didn't have to wait long). Even though I have and enjoy GNOME on my laptop, Fluxbox on my Pi, and probably a few other combinations, I consider myself a Plasma Desktop user, and a member of the KDE community.

There are many reasons to love KDE, but here are three of mine. 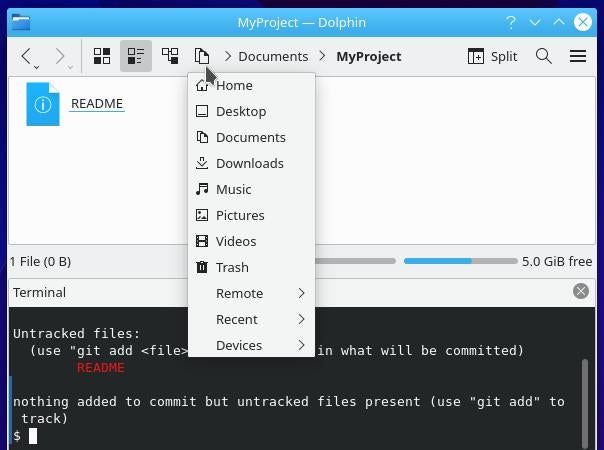 Consistency is an important part of teaching users a new tool. The ideal scenario is when a person learns something in one application and then transfers that same knowledge to another application without even realizing it. The KDE project aims for consistency across all of its applications, and that's one of the reasons the KDE Frameworks exist. The more KDE developers use the framework, the less a user has to learn because a user who's used one application already knows the key components provided by the framework.

Significant amounts of code are reused between applications. Konsole can be launched as a panel in Dolphin and Kate. Toolbar configuration options are essentially the same across all apps. There are important conventions, like using a single click to open a file or folder instead of a double click (the microseconds you save adds up, trust me), and reliable right-click menu options.

The great thing about KDE is that when you want to do a thing that you've never done before, you can usually guess how you're supposed to achieve it. You're trained by KDE's internal consistency what to expect. It doesn't always work, because after all you might be looking in the wrong place or you might be trying to make two technologies work together that just don't have any reason to communicate, but generally you know where to look for an option, or you know where to drag a file, or when to right-click on an object, or long-click on a button. You learn KDE by doing, and that's a great feeling. 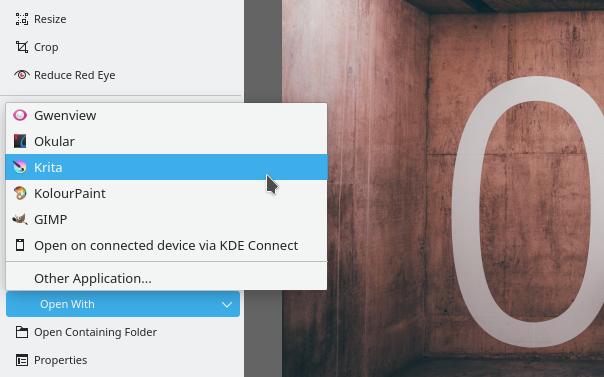 The KDE project is known by many as a desktop, but there's another group of users who think of KDE more as a suite of applications. Both are correct!

You can run the Plasma Desktop, or you can run a different desktop or window manager, and just use KDE applications. There are plenty to choose from, and together they form a pretty good picture of what a complete operating system tends to look like. Of course, there are works still in progress, but among the applications I use daily is the Kontact suite for contacts, email, and calendaring, Kdenlive for video editing, Krita for illustration and photography, Dolphin for file management, Akregator for RSS feeds, Ark for archiving, Konsole for my terminal, Juk for playing music, KDE Connect to transfer files to and from my mobile, and the list goes on and on. I don't only install K apps, because there are lots of great apps outside of KDE development, too, but it's nice to have such a complete set of tools using the same set of frameworks and libraries. It provides cohesion, which enables integration. 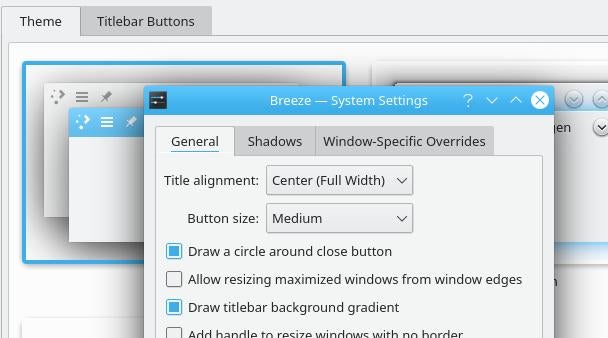 The Plasma Desktop recognizes that different users have different requirements and preferences for their workspaces. Nearly everything in KDE can be customized. You can change your theme, you can change the layout of window decorations, you can change how many clicks it takes to open a file, what's clickable and what's draggable, you can move panels within windows, you then you can set window-specific overrides for those settings when you don't want them to apply to a certain application.

If this sounds overwhelming, that's because it is. But you're not supposed to remember or even know about all of the possible customizations. The defaults are pleasantly intuitive, and mostly behave the way you expect a desktop to behave. There are minor KDE conventions you might have to get used to, but when you find something you don't like, you know that because it's KDE, it can be changed. Finding where the right knob or dial is to change that setting is just a matter of referencing documentation.

Make Linux KDE your own

The way I configure my Plasma Desktop is different from the other desktops I've seen at conferences and at work, and it's an amalgamation of all the quirky things I happen to like best from all the desktops I've tried in my life. And that's what makes KDE special. It adapts to my every whim, even the irrational ones. The next time you have to choose between desktops, take a look at KDE. If you don't like what you see, give it time. You'll either learn to love it (the single click thing is great, I swear) or you'll end up changing it. Either way, you [K]win.