Find out what the Free Software Foundation (FSF) is all about. 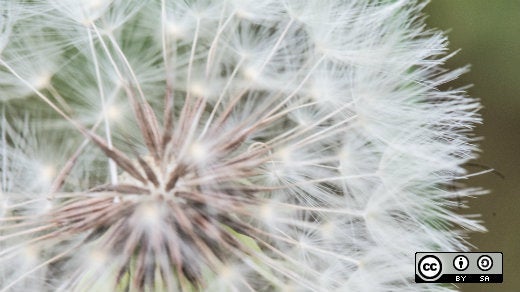 The Free Software Foundation (FSF) started promoting the idea of sharing code way back in 1985, and since then it's defended the rights of computer users and developers. The FSF says that the terms "open" and "closed" are not effective words when classifying software, and instead considers programs either freedom-respecting ("free" or "libre") or freedom-trampling ("non-free" or "proprietary"). Whatever terminology you use, the imperative is that computers must belong, part and parcel, to the users, and not to the corporations that owns the software the computers run. This is why the GNU Project, and the Linux kernel, Freedesktop.org, and so many other open source projects are so important.

Recently, the FSF has acquired a new executive director, Zoë Kooyman. I met Zoë in 2019 at an All Things Open conference. She wasn't yet the executive director of the FSF at that time, of course, but was managing their growing list of major events, including LibrePlanet. I was captivated by her energy and sincerity as she introduced me to a seemingly nonstop roster of people creating the freedom-respecting software I used on a daily basis. I had stumbled into an FSF meetup and ended up hanging out with the people who were actively defining the way I lived my digital life. These were the people who ensured that I had what Zoë Kooyman and the FSF calls the four essential freedoms:

When I heard about Zoë's appointment as executive director, I emailed her for an interview and she was kind enough to take some time out of her very busy schedule to have a chat.

Seth Kenlon: You're the executive director of the FSF! How did you get here?

Zoë Kooyman: In my working life, I started out as an event organizer, traveling the world while producing some of the world's biggest music shows. Working with so many different cultures in ever-changing locations is exciting, as is making all the different elements of production come together, whether that's the show, technique, or the other live elements. It's a juggling game to have everything fall into place at the right moment. I spent a lot of time living and working in different countries, and learning a lot about organization and communication thanks to this work. I also studied, and worked with different forms of media, how they are experienced, and their relationship with society.

It was in university that I first learned about copyleft. About how we can use existing structures to our benefit, and drive change. It was also then that media (as well as the Internet, and software) landscapes started changing rapidly with encroachments on freedom as a consequence. Moving to the US changed things for me. In the US, I developed a much stronger sense of urgency for matters of social responsibility, and so I decided to act on it. I was thankful to John Sullivan (the FSF executive director at that time) for hiring me based on what I knew about free software and my organizing experience, and allowed me to bring the two together.

Seth: How did you get into Free Software?

Zoë: We tend to expect technical people to be the main people affected by free software, but free software is a movement to defend freedom for anyone using a computer. Actually, software freedom affects members of marginalized communities who are unable to have regular access to a computer. Software shapes their lives as well.

What the concept of copyleft, as well as the GNU Project, has achieved is exceptional. To truly observe the direction society was heading in, and say, "It doesn't have to be this way. We can take matters in our own hands." That changed my outlook on life early on. I started working on the idea of using already existing materials and reintroducing it to different subcultures. In the entertainment industry you see this all the time, the inspiration from and building on other people's work, and the result is a reflection of the time we live in, as well as a nod to history. True progression cannot happen without that freedom.

As a commentary on copyright for film, I spent time working with the National Film Institute in the Netherlands to create a compilation of "orphaned footage" that was shown at a large scale dance event for thousands of young people in an area with a 170m panoramic screen and a live DJ playing to it. They have continued to play it regularly at events like the Dutch Museumnacht.

Not being a technical person, I expressed these ideas culturally, but over the years, I was confronted with the ideas of free software more and more, and I realized that with the continued integration of software into our lives (and sometimes our bodies), the fight for free software is becoming more relevant every day. In a world where proprietary software prevails, our society will progress in a way that favors profit and the progression of the few over the freedom of many. Without free software, there are so many aspects of life, so many important social causes that cannot truly succeed.

Seth: When did you start with the FSF?

Zoë: Early 2019, one week before the last in-person edition of LibrePlanet.

Seth: What attracted you to the Executive Director role?

Zoë: The FSF is just one organization that is trying to move the needle towards a more equitable, more collaborative, and more software-literate society, but it has been at the core of the movement for a long time. Society is changing rapidly, and most people are not being properly prepared in how to deal with the digital building blocks of today's society i.e. software. This is all incredibly important work, and there are not enough people doing this work. It is important to have an organization that can handle the different challenges that lay ahead.

The executive director role, is in a way, merely a facilitating role for the staff and the community to be able to make significant changes toward free software. I believe it is vitally important that we continue to spread the free software message, and with the team we have at the FSF, I believe we can make a real difference. I believe I can use the lessons of working with so many different cultures and people, organizing really challenging projects globally, to help get the best out of all of us. The support I received from staff, management, the community, and the board in this decision, convinced me it was a good decision to take this on.

Seth: What do you see as the biggest challenges in software freedom today? What should the FSF's role be in addressing those challenges?

Zoë: As software has integrated itself more and more into the basic fabric of society, it's also become more invisible. Software is now so widespread, and we've been conditioned to overlook it. We focus on what a program can do, not how it does it, let alone if it respects you as a user. And in the meantime, software is proliferating more rapidly than ever before. If people don't understand the fabric out of which a program is made, and all they do, all day, is use these programs, then how can we even begin to explain to them that they are being treated unjustly?

The FSF's role is to bring every conversation back to this logic of user freedom, to remind us that the tools we use are not benign. Education and government adoption are important focus areas for that reason. If we get people to focus on the issue of software freedom in those areas, we will truly make a difference. Education will help make sure future generations have a chance at freedom, and free software in government is about protecting citizens from unjust influences through proprietary software (maintaining digital sovereignty).

We can show people that today's society is teaching us a faulty lesson: that it is normal to be subjected to encroachments on your freedoms for reasons "too complex to understand." If you want convenience, connection, or just to do your job, you need to trust these organizations and abide by their will. That is not true. We have an entire community of people who believe we can have a society that doesn't ask you to surrender your freedoms to function in it. And we have this legal framework that supports our ideas. People of all backgrounds and skill levels join our conversations daily, more and more people care about their freedom, and everyone has their own reasons. We learn new things every day about how we can protect ourselves and others, and I look forward to a freer future.

What to read next
Seth Kenlon