Get started with Git in 2023 with these helpful articles.

Understanding the Git version control system is foundational for many open source practitioners. Whether you are an advanced user or you want 2023 be the year to get started, Opensource.com has plenty of resources for you. Here are a few recent Git articles that I recommend:

The first in a series by Dwayne McDaniels, Git concepts in less than 10 minutes, assures us that, yes, Git can seem intimidating, but knowing and understanding the basic building blocks can break down the barriers. Six basic commands and concepts are explained so you can move on to more advanced Git tools and commands.

5 Git configurations I make on Linux by Alan Formy-Duval is a straightforward guide to getting started working with Git on Linux. There are so many configuration options, and Alan suggests starting with global configuration to help make set up easier every time.

How to rename a branch, delete a branch, and find the author of a branch in Git is a straightforward article about the most common commands around Git branching.

If you tend to misuse Git or write many Git hooks like author Seth Kenlon, bringing the Git subcommand rev-parse into your bag of tricks may be a good option. Peek inside your Git repo with rev-parse reminds you that if you do scripting with Git, you need information about the Git repository. Using the rev-parse subcommand is one way to find what you're looking for.

In Evan “Hippy” Slatis’s article, How I use the Git for-each-ref command for DevOps, Evan explains that Git can be used not only to capture history across files, but also to capture metadata. The article includes a pragmatic example of how the for-each-ref command is used to discover where a bug was introduced into the repository.

This fun article was crowdsourced from Opensource.com's writer’s list. Happy anniversary, Git! Here are our favorite Git commands has some Git fan favorites along with some new ones that everyone is sure to appreciate and enjoy.

In Seth Kenlon’s article, Make your own Git subcommands, Seth demonstrates how to make your own Git command using custom scripts. It’s easier than it might at first seem, and it’s a great way for intermediate or advanced users of Git to extend Git’s capabilities based on their own requirements.

What to read next
Tags
Best of Opensource.com
Git
AmyJune Hineline 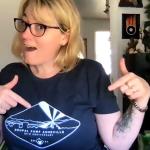 AmyJune is an experienced community manager, mentor, public speaker, and inclusion advocate. While her roots are in Drupal, she also contributes regularly to the Linux and Accessibility communities.
More about me
Register or Login to post a comment.