A guide to strings in MySQL

Learn how MySQL stores and displays your string variables so that you can have better control over your data. 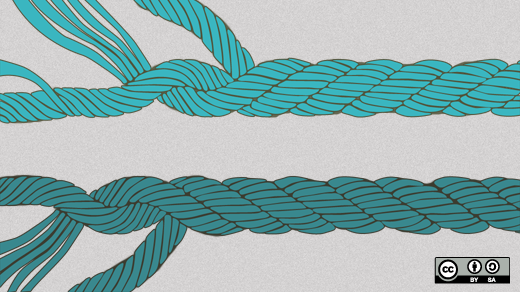 Strings are one of the most common data types you will use in MySQL. Many users insert and read strings in their databases without thinking too much about them. This article aims to give you a bit of a deep dive into how MySQL stores and displays your string variables so that you can have better control over your data.

You can break strings into two categories: binary and nonbinary. You probably think about nonbinary strings most of the time. Nonbinary strings have character sets and collations. Binary strings, on the other hand, store things such as MP3 files or images. Even if you store a word in a binary string, such as song, it is not stored in the same way as in a nonbinary string.

To view the character sets on your system, run the following command:

This command will output four columns of data, including the character set:

MySQL used to default to the latin1 character set, but since version 8.0, the default has been utf8mb4. The default collation is now utf8mb4_0900_ai_ci. The ai indicates that this collation is accent insensitive (á = a), and the ci specifies that it is case insensitive (a = A).

Different character sets store their characters in various-sized chunks of memory. For example, as you can see from the above command, characters stored in utf8mb4 are stored in memory from one to four bytes in size. If you want to see if a string has multibyte characters, you can use the CHAR_LENGTH() and LENGTH() functions. CHAR_LENGTH() displays how many characters a string contains, whereas LENGTH() shows how many bytes a string has, which may or may not be the same as a string's length in characters, depending on the character set. Here is an example:

This example shows that the latin1 character set stores characters in single-byte units. Other character sets, such as utf16, allow multibyte characters:

A string's collation will determine how the values are displayed when you run a SQL statement with an ORDER BY clause. Your choice of collations is determined by what character set you select. When you ran the command SHOW CHARACTER SET above, you saw the default collations for each character set. You can easily see all the collations available for a particular character set. For example, if you want to see which collations are allowed by the utf8mb4 character set, run:

A collation can be case-insensitive, case-sensitive, or binary. Let's build a simple table, insert a few values into it, and then view the data using different collations to see how the output differs:

With case-insensitive collations, your data is returned in alphabetical order, but there is no guarantee that capitalized words will come before lowercase words, as seen below:

On the other hand, when MySQL runs a case-sensitive search, lowercase will come before uppercase for each letter:

And binary collations will return all capitalized words before lowercase words:

You can use the SET NAMES command to change the character set or collation used.

To change from the utf8mb4 character set to utf16, run this command:

If you would also like to choose a collation other than the default, you can add a COLLATE clause to the SET NAMES command.

For example, say your database stores words in the Spanish language. The default collation for MySQL (utf8mb4_0900_ai_ci) sees ch and ll as two different characters and will sort them as such. But in Spanish, ch and ll are individual letters, so if you want them sorted in the proper order (following c and l, respectively), you need to use a different collation. One option is to use the utf8mb4_spanish2_ci collation.

More on data science
What is data science?
What is Python?
How to become a data scientist
Data scientist: A day in the life
Use JupyterLab in the Red Hat OpenShift Data Science sandbox
Whitepaper: Data-intensive intelligent applications in a hybrid cloud blueprint
MariaDB and MySQL cheat sheet
Latest data science articles

MySQL allows you to choose between several data types for your string values. (Even more so than other popular databases such as PostgreSQL and MongoDB.)

Here is a list of MySQL's binary string data types, their nonbinary equivalents, and their maximum length:

One important thing to remember is that unlike the varbinary, varchar, text, and blob types, which are stored in variable length fields (that is, using only as much space as needed), MySQL stores binary and char types in fixed length fields. So a value such as char(20) or binary(20) will always take up 20 bytes, even if you store less than 20 characters in them. MySQL pads the values with the ASCII NUL value (0x00) for binary types and spaces for char types.

Another thing to consider when choosing data types is whether you want spaces after the string to be preserved or stripped. When displaying data, MySQL strips whitespace from data stored with the char data type, but not varchar.

Strings are one of the most common data types used in databases, and MySQL remains one of the most popular database systems in use today. I hope that you have learned something new from this article and will be able to use your new knowledge to improve your database skills.

What to read next
Tags
Databases
Hunter Coleman 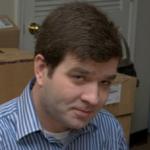 Hunter is an open source and data enthusiast and an advocate of making data easier to access for everyone. He is the founder of OpenCurator.com, which strives to make public data easy to find and understand.
More about me
Register or Login to post a comment.

A guide to fuzzy queries with Apache ShardingSphere