I'm very puzzled by the recent blog by Brian Prentice of Gartner.   Comparing just-in-time manufacturing to open source software?   Perhaps Brian is thinking of open source components like Apache Tomcat, which is often nestled inside of proprietary software solutions.  But comparing an automobile which essentially remains unchanged after manufacturing to a software product that is constantly improved with new releases?

I agree that the four questions posed by Brian are important.  I've seen them many times in my 30+ years hanging around enterprise software.  But there's more to it.    Customers do like to have feature bake-offs on current features.   Yet they also care about future features.  They do want maintenance, but they also want software upgrades.  They care about innovation.    That's how new software companies are born, and existing ones maintain relevancy.

Brian misses this point completely in his writing.  And it's around innovation that the promise of open source excels.    Drupal is a great example.  With thousands of contributors, the current functionality is extensive.   And new features?  The scalability and speed of innovation are virtually impossible to match in a proprietary software company.  Sure, open source carries other challenges and risks, but that's where companies like Red Hat, Canonical, Alfresco and of course Acquia come in.  Ensuring risk associated with open source is mitigated and the promise is realized.

To be fair, Brian's closing comment around “generic open source” holds some water.  Not all open source projects offer similar levels of value.  However, claiming that open source is headed to customer obscurity while open source solutions are still growing rapidly in popularity is peculiar.  And ignoring innovation as a decision criterion for a constantly changing business tool is a major oversight.

This blog post is cross posted from Tom's blog on Acquia.com.﻿

What to read next
Tags
Business
Tom Erickson 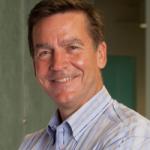 Tom Erickson is the chief executive officer at Acquia, a commercial open source company that offers enterprise support, hosting and more for the open source Drupal project.
More about me