Creating a context for creativity

My experience as a manager – and in particular, as the leader of a company – has been shaped by two quotes that have helped frame my thinking about that role. One is from Harold Geneen, who oversaw the growth of ITT into the first modern conglomerate:

"The skill of management is achieving your objectives through the efforts of others."

This view of management suggests the classic manager, somebody who figures out

what needs to be done and who needs to do it. I appreciate this concept -- because the skill of management is indeed achieving your objectives through the effort of others. But I've also worked within the framing of another quote, this one from Edwin Schlossberg, about writing.

"The skill of writing is to create a context in which other people can think."

This article was originally posted on the Management Innovation eXchange (MIX), an open innovation project aimed at reinventing management. Got a management hack? Visit hackmanagement.com.

The idea behind this – that leadership entails a responsibility to create an opportunity for others -- has really shaped my thinking because most of my leadership experience has been in running a company. And that role is largely about seeing the potential in people and projects, and creating a context where creativity can happen.

So how do you go about creating a context where people can think and work, where they can be creative and productive?  Anyone who's ridden a horse knows that the secret to success is getting the horse to think that it's doing what it wants. I believe that when people feel like somebody else is telling them what to do, they're likely to resist. Whereas, if they think it's what they themselves want, they're more likely to sign up. Lao Tzu said something like this 2,500 years ago: when the best leader leads, the people say we did it ourselves.

This is particularly true in our business – which is primarily publishing and conferences --  because most of our products are created by people who don't work for us. Our books, for example, are written by users. We put out a plausible idea of something we want to get done, and we have to find someone who likes that idea and wants to do it, too. We manage the process, we give them coaching, and we bring in people to review their work. And we try to keep in mind that, in a loose structure like this, there will be differing viewpoints about the right approach. I like Larry Wall's Perl slogan, "There's more than one way to do it," because I don't think there's only one answer.

Take the book Programming Perl. When I first reviewed it, I thought, I could spend six months remaking this book to be the book I would have written. Or, I could say, "Wow, it's really good just the way it is. Even though it's not the book I'd have done myself." So I blessed it and sent it through. And it's gained a reputation as one of the best-written programming books out there.

I remember another situation where the editor was really fixated on putting out a certain kind of book. She spent two years working with the authors, hoping to cajole them into doing something other than what they were originally imagining. She just couldn't let go. I finally said to her, "There's a book here, but it's a different one than you're imagining." I was able to help her see that that her role now was to help the authors tell their story as best we could.

Of course, this doesn't mean you give up your vision for what's true. Indeed, maintaining that perspective on what's true is a crucial factor in leadership and intelligence. There are different kinds of intelligence. One kind is essentially algorithmic and manipulative. People with this kind of intelligence are good at manipulating large volumes of data. Then there are other people who aren't as good at manipulating symbols, but they're geniuses at looking at a situation and understanding what's really going on. The smartest people have both these qualities. They can look at the world fresh, they can look at something and say, "Wow, I see what this can be."

Some of the best leaders, people who have both of these types of intelligence, are able to lead by describing their vision of what something could be and then enlisting others to pursue that goal with them.

Steve Jobs is one such leader. He's a testament to the power of the aesthetic. Many people have thought, time and again, that Jobs screwed up because Apple didn't go with the dominant paradigm. Each time, he's been able to come back again because he has a compelling vision that he's been able to sell to people. Some people call this the "Steve Jobs reality distortion field," but it's really about him creating a compelling vision that others are willing to follow.

I've experienced some of that at my own company. One of my key employees told me that in meetings with me, she would find herself agreeing with the things I said. But after going away and thinking about it, she would realize she didn't really agree with me at all. But in person, I had been able to persuade her of my vision.

That was an effective tactic when my company was small and we all worked closely together. However, when my company grew beyond about 50 people, I realized I had to change the way I managed because the group was getting too large to hold everyone in my "reality distortion field." The feeling of letting go reminded me of when I was in high school, and I used to sneak out at night in my father's car. So that he wouldn't hear me, I would push it out of the driveway and down the block before I started the engine. I would be pushing the car, and there would be this feeling that I was pushing on this thing, and gradually it would start to roll on its own. That's like the feeling I had with the people in my company: Once the momentum was going, I had to let go and let people move on their own.

Now, as head of a larger organization, I check in with people and set them free to do their own thing with the expectation that their trajectory will bring them to a place we both want to be. There's a science fiction book I read early in my career that was very influential in my thinking on this, a book called Rissa Kerguelen by F. M. Busby. One of the key concepts is that as you get closer to the speed of light, one of the Einsteinian paradoxes is that the inertial frame is different and time goes much more slowly for the person traveling at high speed. Many science fiction stories deal with this, where the traveler returns and everybody else is so old. So in this book, Rissa Kerguelen, there's a part on interstellar voyages, and the characters have to plan that they're going to show up 15 years later by planetary time. So the idea is you have to set something in motion and then meet up with it later. And there's something very powerful in that image, the fact that you can set something in motion and then rendezvous with it later.

This independent effort can be very good for the company, and often the role of the leader is to let people run with it. I've had that relationship with Dale Dougherty. A great many things that are attributed to me, he played a major role in. He was the guy who originally got us into the World Wide Web. He was the guy who came up with the name "Web 2.0."  He's currently the publisher of MAKE magazine. The way we work together sometimes feels like a dance in which Dale goes off and does his own thing, and then we come back together again to make it a central part of the business. Sometimes it feels like a sibling relationship where we're struggling over who's driving the bus. Other times we're really in harmony. And ultimately, I believe this tension is very good for a company. You want people who have their own vision, people who will occasionally argue with you, but who agree on a shared vision of the truth. And then you set people free to pursue that idea on their own.

This post is excerpted from a 2009 interview with Andrew Stellman and Jennifer Greene for their book, "Beautiful Teams."

This article was originally published at Management Innovation eXchange (MIX) by Tim O'Reilly.

What to read next
Tags
Business
Leadership and management
Tim O'Reilly 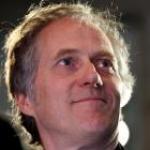 Tim O'Reilly is the founder and CEO of O'Reilly Media, Inc., thought by many to be the best computer book publisher in the world. O'Reilly Media also hosts conferences on technology topics, including the O'Reilly Open Source Convention, the Web 2.0 Summit, and the Gov 2.0 Summit.
More about me