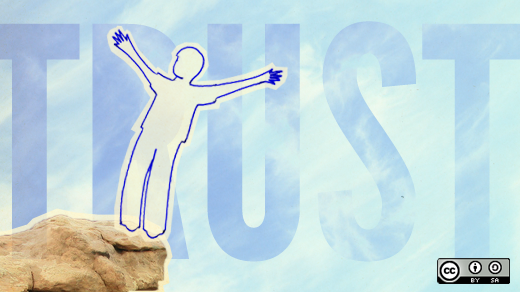 Trust is an essential human attribute and virtue. When we are born, we are completely helpless and at the mercy of others. We instinctively trust that someone will look after us, nurture us, protect us. Being trusting and being trustworthy are central tenets of what it means to be a human being.

Yet, there is a huge trust deficit in our society today. There is a crisis of trust in government, in religious institutions, in our educational system, in the health-care system and in the financial system. There is deep distrust within the public at large towards the corporate world in general and towards most companies and their leaders. Within companies, there is a great deal of mutual distrust among employees, and among employees and customers, suppliers and leaders.

Why should all of this matter? Trust is an essential element in building social capital, which Francis Fukuyama defined as the “shared norms or values that promote social cooperation, instantiated in actual social relationships.” Unlike other forms of capital, social capital is not depleted by being used; in fact, it is depleted if not used. Social capital is vital for the development of society as a whole as well as for organizations. A high trust organization is characterized by greater engagement and effectiveness on the part of its members. It exhibits greater synergy across the workforce, so that people collectively achieve far more than they could as individuals. An organizational environment that is lacking in trust leads to a defensive, suspicious, insular and fearful mindset. This depletes organizational energy and makes people incapable of true creativity. It imposes a burden of higher monitoring and legal costs. It makes companies sluggish, unresponsive and uncaring towards market needs. It sows the seeds of the eventual destruction of the organization.

If trust is so important, why have we allowed ourselves to be beset by such a crisis of mistrust in most of our major societal institutions?

To me, the answer is quite clear. Every societal institution was conceived of and exists to serve a higher purpose in the world beyond its own well-being and that of its members. When these entities lose sight of their reason for being—their higher purpose—and become focused on their own short-term self-interest, an epidemic of mistrust ensues. We see this everywhere. Governments at every level are run by politicians hungry for ever greater power, instead of trying to serve the many needs of the electorate. The educational system is driven, it seems, more by inertia and the desire for job security for teachers than to meet the real learning needs of students. The health-care system exists to maximize the profits of its various component industries, not to maximize the health of the public. The financial system exists to profit heavily from short-term arbitrage opportunities (capitalizing on information asymmetries) rather than to facilitate efficient investments of various kinds in the sectors that need it most.

So how, exactly, can companies build trust? What they cannot do is buy it. A major corporation recently hired a leading consulting firm to help them design a $500 million campaign to build trust. While it is laudable that the company thinks trust is so important that it is willing to invest so much money in the initiative, its approach is fundamentally misguided and myopic. As is often the case, the company is looking for a quick fix to a problem whose roots go very deep and are heavily interconnected. Trust is something that can only be earned slowly, based on actions and not just words.

Building trust within an organization has to start at the very top. I believe it is impossible to create a high-trust organization without a “conscious” leader. Such leaders are other-centered and lead through motivating-and-mentoring rather than through command-and-control. They are missionary leaders, with a deep commitment towards the company's higher purpose, and not mercenary leaders looking for a big payday or militaristic leaders accustomed to giving orders and having others follow unquestioningly. One such leader is John Mackey, the co-founder and CEO of Whole Foods Market and a fellow MIX Maverick. John stopped taking a salary in 2007 and directed that all his stock options go directly to the Whole Foods Foundation, telling his 50,000+ team members in a letter that he had more than enough to live on comfortably and that the reason he came to work in the morning had nothing to do with his paycheck and everything to do with Whole Foods’ higher purpose: to educate customers about healthy eating, and to improve the health of the food system and the planet as a whole. He signed the letter, "Much love, John." Not surprisingly, Whole Foods is an exemplary high-trust company that has delivered great value of all kinds to all its stakeholders for 25 years.

Conscious leaders operate with a heartfelt sense of trusteeship. They think of the impact of their actions on generations yet unborn, and not just on next quarter's bottom line. They feel a deep sense of responsibility towards the resources they have been entrusted with, considering it a sacred duty to leave them healthier and stronger than they found them. They shine most brightly in the dark, during times of crisis, when their resolute, steadfast, principles-based approach stands out in stark contrast to the expedient, panicky and self-serving actions of many of their counterparts. High trust companies such as Whole Foods, Southwest Airlines, Container Store, REI and Joie de Vivre Hospitality have all demonstrated the power of conscious, caring leadership during times of crisis in the industry and in the economy as a whole. For example, they have avoided layoffs if at all possible, shared the sacrifice, protected their weakest stakeholders (part-time employees), and harnessed the collective creativity of all of their employees to come up with innovative ideas for cost savings and other improvements.

Building trust requires constant, authentic communication. Communication is not just about words; it is also based on actions. Every action communicates something to employees. Too many companies exhibit a blatant mismatch between what they say and what they do, which breeds deep cynicism among employees over time. Like the barnacles that attach themselves to a ship's underside over time, this cynicism is very difficult for companies to remove.

There is a neat logic to trust: in order to cultivate high levels of trust in an organization, its leaders must start by trusting their people to use their own judgment and follow their own instincts rather than controlling them with directives and rules. Research has shown that supervisors become less trusting of those employees they supervise most closely. The employees who are being closely supervised feel that they are not trusted. Over time, this becomes a self-fulfilling prophecy. Employees can rise to higher levels of performance when they are trusted, and they can exhibit shockingly poor performance when they are mistrusted. In order to “get” trust, you have to give it freely.

One powerful way to build a solid foundation of trust in an organization is to make the decision making process as transparent and participatory as possible. Human beings have a very strong need to be respected and heard. It turns out that having a fair and transparent process for making decisions can be more important than the ultimate outcome. Employees have been found to be more satisfied when they feel there is a fair process leading even to an unfavorable outcome for them personally, rather than the reverse. There are powerful opportunities to bake in mutual trust at every level. For example, many companies have stopped the practice of constantly monitoring and spying on their employees’ online activities. While they felt that they had a legitimate interest in preventing employees from wasting time or engaging in potentially illegal activities, they found that being spied upon made their employees hostile and disengaged—and simply trusting their people to do the right thing yielded powerful results.

Building trust is a slow and difficult process. On the other hand, destroying trust can be done quickly and with great ease. It doesn't take much: blatantly self-serving actions of senior leaders, overtly short-term thinking, seeing other employees get away with unacceptable behavior, inconsistency and unfairness in treating employees (playing favorites), and distorting or withholding essential information.

Trust is a holistic concept. It is imperative that companies think about trust in a systemic way. It is impossible to have trust with customers (which many companies seek) without having high levels of trust internally. Trust either pervades all stakeholders or none at all.

High trust businesses are built on love and caring, not fear and anxiety. They are characterized by high levels of teamwork, synergy and cooperation. They are energetic, optimistic, can-do organizations that can overcome seemingly insurmountable odds. Trust within the company radiates out to all stakeholders, including customers, investors, partners, communities, government and society as a whole. The company's overall reputation is enhanced, giving it a halo that allows it to attract ever better employees, customers, suppliers and investors— starting a virtuous cycle that builds over time to create a truly great company that generates tremendous value and well-being for society as a whole.

There is an almost spiritual aspect to high trust companies. They see humans as sources, not resources. Human beings are capable of generating extraordinary amounts of creative energy —something that the vast majority of companies never get to see because they simply don't inspire people at that level. High trust organizations see all humans as one spirit—as interconnected and interdependent. Trust is simply a given in organizations that see the world in this way—to operate without it would be like your arm not trusting your leg.

What to read next
Tags
Leadership and management
Raj Sisodia 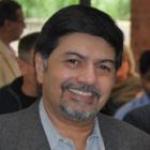