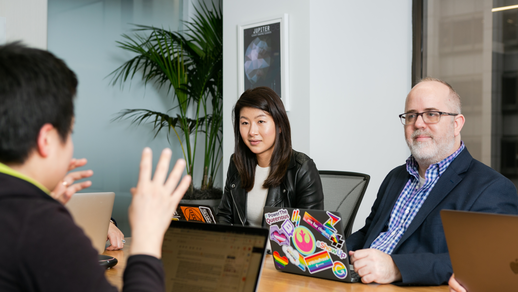 It's early 2020, I'm less than a year into my new people management role, and I'm already feeling like a trouble maker. I just finished reviewing a team proposal, and I have concerns about it. My heart races, and my muscles tighten. I don't want to be difficult by challenging ideas as the new person on the team.

My fear says to be quiet, but my intuition tells me to speak up. I decide that I owe it to my team to follow my intuition, so I swallow my anxiety and work up the courage to talk with my manager. I get a few sentences in, explaining my concerns, and he smiles and says, "It's okay to disagree."

This was a pivotal moment. My manager's openness dissolved my doubts about sharing conflicting ideas and started me on a new path of discovering the value of disagreement.

Many people consider disagreement polarizing and uncomfortable, but it doesn't have to be. The open source way calls for sharing ideas and diverse perspectives, which means that differences of opinion are not only inevitable; they're encouraged. Through my journey, I have found that open leaders nurture environments where productive disagreements can be a unifying, rather than divisive, force.

Disagreement is an act of care

I view disagreement as an act of care, not malice. In my earlier example, I was afraid of upsetting my manager by disagreeing with a proposal he endorsed. Still, my decision to speak up led to a better outcome for my team. I disagreed because I cared, not because I wanted to cause trouble.

This philosophy also applies when someone challenges one of your ideas. Choosing to interpret disagreement as a personal attack, instead of an opportunity to make your idea stronger, can lead to defensiveness. If someone disagrees with me and I act defensively, that could make others feel unsafe expressing their ideas and ultimately create an echo chamber.

Early in my career, I witnessed two engineers passionately debating their technical ideas, frantically drawing whiteboard illustrations and creating detailed reports to convince each other. These heated engagements ended in telling jokes over lunch. One day, I asked how they managed to get along so well despite their constant arguments. They said their trick was falling in love with problems, not solutions. Their mutual passion for problem solving allowed them to see conflict as a gift rather than an insult.

Disagreement is better together

For something to be learned in a disagreement, both sides must be open to different perspectives. I once coached an engineer who had strong opinions and constantly found himself in decision gridlock. Team meetings became so tense that we couldn't get past even the first agenda item before the hour was up. This engineer was frustrated and wanted to know why he couldn't convince people of his ideas.

My advice surprised him: he should allow himself to be convinced as much as he tried to convince others. When he applied this advice, it became noticeably easier to make progress in meetings. Because other team members felt respected, we were arguing less and focusing more on how to reach our goals as a team.

When you focus solely on advocating for your own ideas, you are more likely to miss the critical points seen by others, however unintentionally. Having a collaborative mindset keeps disagreement healthy. A collaborative mindset means prioritizing the needs of the team or community rather than the individual. When these needs fall out of balance, having a shared purpose can recenter a team. It's not about being right; it's about doing right by the group.

Defining what it means to have a productive disagreement

I define a productive disagreement as one that ensures fair and respectful consideration of all ideas. I used to think harmony was a sign of productive disagreement. Through experience, I learned that reaching complete consensus is not always possible. Sometimes team members disagree, but they still commit to following through even if they cannot reach total agreement.

A few years ago, I ran a retrospective for the Fedora project and was overwhelmed trying to reconcile all the conflicting feedback. For every comment that said code reviews could be more thorough, there was a suggestion to shorten the code review cycle. I was at a loss. How could we ever find a path forward where everyone agreed? The truth liberated me: we couldn't, and that was okay.

Incorporating all ideas is not always possible, and it doesn't necessarily yield the best solution. Focusing only on achieving consensus can detract from all the knowledge gained from genuine exploration of opposing viewpoints.

Best practices for establishing trust and open leadership on your team.

With heightened awareness about empathy and the inspiration to spread it, open source productivity will grow, collaborators will lean in, and the power of open source software…

"Everybody is perfect, except you." This toxic thought can creep in and ruin your confidence. Here's how to normalize failure during the learning process and remember that… 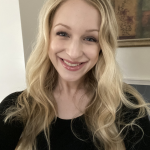 I am a Manager in the Core Kernel engineering group at Red Hat, primarily responsible for the real-time kernel and scheduler. I am passionate about caring for others through emotional intelligence and using my organizational skills to make messy situations neat.
More about me