I don't mean to pick on these companies; they're just particularly clear examples of how all organizations talk about their people. I've never come across a modern enterprise that publicly states anything like "We want our people to put their heads down and do only the jobs that have been assigned to them. We want their thinking to stay 'inside the box.' When we want their opinions, we'll ask for them. Our machines and business processes are our most important assets; our people just keep them running." Instead, virtually all organizations stress the empowerment of their people.

We're at a very interesting juncture just now: we're about to find out how many of these companies really mean it.

I study information technology's impact on the world of business—how it changes the way companies perform and compete. In recent years I've spent a lot of time looking into the phenomenon that I call Enterprise 2.0 —the use by organizations of the Web 2.0 toolkit of emergent social software platforms like wikis, blogs, microblogs, social networking software, tagging systems, prediction markets, location-based services, and so on.

All of these tools share a few properties. The first is that they place very few rules or constraints on their users— no pre-defined workflows, differentiated roles and privileges, membership criteria, or standard operating procedures. The second is that despite this apparent fondness for chaos, they actually become pretty orderly environments; users can find what and who they're looking for, and patterns and structure appear over time even though no one's dictating them up front or from on high. Third, they deliver results that are impressive even to the most hard-headed pragmatist: Wikipedia is the world's largest reference work and its factual accuracy rivals that of the Encyclopedia Britannica, prediction markets do better than polls at predicting election winners, and strangers and friends alike answer each other's questions on Twitter. Fourth, these tools are pleasing and even addictive to their users. Humans are social and (at least somewhat) altruistic creatures, and we like well-designed technologies that let us interact and share with each other without mandating how we do so.

Some of this hesitation is justified, at least for a bit. These tools really are something new under the sun, and it wasn't initially clear if people would use them maturely, and for productive purposes. But virtually all the evidence I've seen over the years convinces me that people (whether employees, partners, or customers) can be trusted, and do predominantly use the new social software platforms in ways that provide benefit and credit to the companies that establish them.

So I think the real reluctance comes from someplace else. I think it comes from a deep-seated desire to not give up control.

Executives these days feel like they have less and less control all the time, so it's natural for them to hold on to two areas where they still have a lot: what their people do, and how their business processes are executed. And at least in the latter area, they've been taught that control is immensely desirable and valuable. I used to teach operations management to MBA students, and if there was one mantra we drilled in to them, it was "if you want to control the outcome, control the process."

I still think that's the right mantra in some situations, but the successes of Web 2.0 and Enterprise 2.0 have taught me another mantra. It goes something like "If you want a good outcome, back off on process and get out of the way of people. Let them come together and interact as they wish, and harvest the good stuff that emerges."

I admit that's a little bulky. I also admit that we (or at least I) don't yet have a clear idea when each mantra is appropriate. But I am certain that the latter mantra fits in perfectly with mission statements about empowerment and people as the most valuable resource. I'll be very keen to see how many companies come to share this certainty, and how quickly.

What's your experience? How much progress are companies and their leaders making in the difficult work of deploying the new digital tools, giving up control, and harvesting what emerges? How closely are corporate mission statements aligned with today's digital cornucopia? Are companies practicing what they preach? Leave a comment, please, and let us know.

What to read next
Tags
Business
Leadership and management
Andrew McAfee 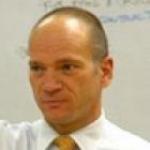