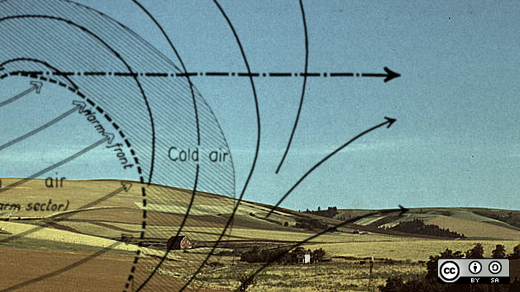 If we want to master creativity, we must first understand and obey its nature. And that's a tall order when most of our policies, laws, investments, business norms, and even our educational system actually works against it.

My father was a scientist, and when I was a boy I asked him, “What's the most important thing you know about science?” And his response was a quote from Francis Bacon: “Nature, to be commanded, must be obeyed.”

A great example of a system working with nature can be found at the Exploratorium in San Francisco. The Resonant Pendulum is a 3 foot tall, 350 lb. concrete cylinder suspended from a ceiling perhaps 60 feet high. A thick steel plate is wrapped around its midsection and the activity is this: using a magnet so weak that it can barely hold itself to the steel, and tied with string so that when the magnet is attached to the steel you can give the magnet a tug, cause the 350 lb. cylinder to swing back and forth 4 feet to either side of center. 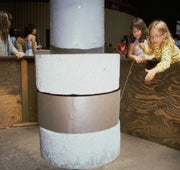 When I went with my daughter several years ago it took her a few tries to get the magnet to stick to the steel, then she gave it a smart tug, the magnet popped off, and she declared, “Daddy, it's broken. Let's go.”

I told her to watch as I tossed my magnet, got it to stick, and then applied such a small force to the string that it was more a thought than a tug. I waited and did it again. After several such efforts, the first motion became visible. I timed my impulses with the pendulum, and within 5-10 minutes the motion was so great that the cylinder's swing exceeded the length of my string and the magnet flew off. Resonance naturally amplifies even the smallest of properly coordinated incremental impulses.

Likewise when we can coordinate the creative efforts of many, we can amplify those efforts to create a massive, even unexpected impact.

An example of not working with nature can be found in the food you eat today. Jared Diamond teaches in Guns, Germs, and Steel that the true innovation of agriculture was that is was the first time that humans could store energy from the sun and concentrate it for their use.

The rise of great civilizations came from timing human activities to the natural cycle of the seasons, adding small impulses, and reaping great rewards over time. Today the total energy rate the Sun delivers to the Earth an estimated renewable usable energy of 120PW. In 2008 total worldwide energy consumption was 15TW, with 80%-90% coming from fossil fuels. That 8000:1 ratio means that in 66 minutes the earth experiences more renewable energy flux than all the fuel we burn in a year.

Sounds like a nice balance of power, until you realize that the US food system, which used to be almost 100% solar powered, consumes 10x more fossil fuel energy than it produces in food energy. The engine that created the great wonders of antiquity is now running full-throttle in reverse, despite the 8000:1 advantage that nature gives us for free. And that's not even counting the cost of burning up or eroding away 40-50 years worth of topsoil every year.

By ignoring, or worse, fighting the natural systems in which we live, the industrialist creates more work for themselves and devastation for the rest of us.

But it's not all bad news: Michael Pollan's book The Omnivore's Dilemma reports that at Polyface Farms, Joel Salatin works with nature to restore the symbiotic cycles of plant and animal husbandry, and with no chemical or pharmaceutical inputs has been able to increase productivity by a factor of six over results published 150 years ago. And his farm is actually creating one year of topsoil every year, making his farm even more valuable and productive every year. If you want to know his secret to efficiency and sustainability, I commend his book titled Everything I want to Do Is Illegal.

Creativity doesn't come from the Sun or the soil, it comes from the mind and its conversations with nature. Linus Pauling teaches that the best way to have a good idea is to have lots of ideas. One way to have a lot of ideas is to stop rejecting ideas that didn't come from you (or your company). When you successfully adopt new ideas from the outside, I call that “exonovation”.

Most importantly, and this is a key idea: lots of little ideas, if permitted to freely combine, can themselves be understood to be a really great idea.

The world wide web did not come into existence fully formed; in fact, there were dozens of systems with far greater functionality than what Tim Berners-Lee offered in 1990. But his was the first system to openly permit user-driven innovations, and myriad small impulses, shared, improved, distributed, and amplified led to system we think of today as a defining technology of the 20th century. And research from Harvard is finding more and more evidence that “quantitative studies of user innovation document that many of the most important and novel products and processes commercialized in a range of fields are developed by users” yet these triumphs of innovation occur mainly in spite of, rather than because of, the legal fiction that inventions are property.

We also can see examples of working against nature playing out in the software industry.

Things are not going well in the industry today. For the past 10 years or more, 18% of all enterprise software projects are abandoned before they go into production, and 55%-65% are either late, missing key functionality, or have serious bugs. In reports I have published, this costs the global economy now $1T USD per year, and others have put the estimate as high as $6T. Bad software costs a lot of money that could be reported as earnings instead of write-offs!

For the past four years, the Department of Homeland Security has funded research to measure the defect density of a range of software projects, including the four primary components of the popular LAMP stack: Linux, Apache, MySQL, and PHP. In 2006, the Linux kernel had the lowest defect density they measured—more than 150x better than average proprietary software. PHP had the worst, at only 50x better than average. In 2008, with no measurable changes in proprietary software quality, the average open source software project improved more than 10% and PHP was one of 11 projects to register zero detectable software defects. In 2009, the average measurements of open source software improved yet again, while again proprietary software registered no measurable improvements.

The lamentable quality of software is now daily news, yet the industry players who own it sees no need, on average, to improve it. Do you want to know why? Or do you wonder instead why so many—millions by some estimates—who own no such property are nevertheless producing 100x better quality and are continuing to make double-digit improvements every year?

It is because we have discovered something about nature: It is easier to make a small change that is right than to make a work-around for something you can't fix. It is much easier to maintain something that is properly fixed than something that's jury-rigged to avoid the latest bug from a vendor who won't share.

And paradoxically this system works best when people don't care whose idea it is, just that the best ideas win. And that's a really big idea you can take home today. Radical decentralization works on global-scale software projects!

Lewis Hyde wrote a book about creativity called “The Gift”. It is long, and it is worth the time. If you are an artist, you probably read it 25 years ago. If you are an entrepreneur or a policy maker, you should read it now.

Hyde teaches that gifts are magic only when given, and that the magic works in reverse when they are hoarded or held too long or given with too many conditions. He also teaches that at one time property was defined as a “right of action." “To possess,” he says, “to enjoy, the use to destroy, to sell, to rent, to give or bequeath, to improve, to pollute—all of these are actions, and a thing (or a person) becomes a 'property' whenever someone has 'in it' the right of any such action.”

The world of open source software—cited by Thomas Friedman as the most disruptive of the 10 forces making the world flat today—turns this notion of property on its head. The ownership society seems to be doing nothing to help—it's sucking value out of our system by the trillions, and it acts as though its ownership is an entitlement rather than a responsibility for action.

But a leadership society is emerging, ready to create our 21st century economy.

You might find that even you, with the smallest of ideas, can finally unlock the amazing power of creativity in a way that is visible, dramatic, liberating, and, most importantly, sustainable.

I've read a lot of pro-Open Source blogs and articles. I'm a practitioner, as the Open Source software that we use, provides for a great deal of our company success. It also provides personal benefits, that I might never have discovered without discovering such things as Linux and PHP.

I've never heard Open Source, however, referred to in the same breath or thought about the significance of, nature as it relates to OS software.

Thanks much for your kind words! After 20 years of doing open source software (ten of which have been devoted more to commentary than code), I have some pretty thick skin. But it's nice to feel a pat on the back every now and again.

But I should not take all the credit. I've read some really amazing books in the past 5-10 years that have, by themselves, perhaps taught me more than I learned in four years of college. Or, put another way, used the mental fertility I gained from my liberal arts education, and then brought forth richer fruit than I could have imagined. I have not had time to write reviews for all the books I've ever read or would ever commend, but I have noted a few and do commend them to you on my Amazon.com profile. I encourage you to dig in the fields that have been so productive for me!

Articles like this helps to visualize open source (outside of the technical side) as it pertains to the world around us!

Michael, that's an amazingly good article. There's an almost Taoist vibe to your essay. Kudos on bringing together so many threads in a well-written and thoughtful way.

My only disagreement is that I don't think it's entirely fair to separate "the industrialist" from "us". My inner economist (briefly unchained from the dark cell I keep it in most of the time) suggests that at least in the aggregate,"they" who produce are doing what "we" who consume want. Businesses follow rewards, and in a market that's what people spend their money on. Hopefully your prediction about a leadership society emerging will be true on that level, too -- and help us get to a more sustainable place.

Thanks again for a thought-provoking look at things.

Poetically written and inspirational. Sign me up! ;)
The efficiency and power of coordinated intelligent action is enormous.

In business, especially publicly held corps, I think this stands at odds with traditional pyramid "command and control" structures, and the value of "command-only" roles in an organization.

One can gain more value for oneself in these structures by controlling the efforts of those who creatively produce, than by creative or productive work.

Are you familiar with any businesses such as Semco or Endenburg Elektrotechniek in Norway which embed "self-governance" into their organizational structure?