Thinking open source: How startups destroy a culture of fear

Software engineers of corporate America are wired in a way that promotes fear. It hurts creativity and growth. And open source is finally changing that.

Let’s try the following exercise: Write down three things that come to mind when you see the following email subject from your company’s CEO in response to your new open source project announcement.

I got such an email after my team had open sourced Heroku-Bartender, a small Rails deployment system. I started sweating and complaining about the lack of network coverage in the New York City subway–because I couldn’t open the email on my phone.

My imagination had fifteen minutes to run wild before the Brooklyn Bridge. I knew that I chose not to inform my boss and CEO about such a minor project being open sourced. I feared that the announcement or the source code included confidential information about our business or an incompatible license. I was convinced that I missed something very big and important and dreaded the consequences for my team and my job.

My education as a programmer was heavily influenced by hackers trading very expensive pirated software, including entire development environments, compilers, and linkers. I could certainly never afford to buy any of it. Those stolen and shared tools were eventually replaced by free and open source projects, created by my generation of programmers as we grew up into law abiding adults. I worked for corporate America through much of this time, but I have recently pushed the reset button to run the engineering team at a small startup. I now find myself surrounded by a new generation of entrepreneurs that are defined by what my generation created: open source.

My CEO has made giving back to the community and building karma part of our company culture. Investors look for this because it attracts those top engineers who will ultimately execute the company’s vision. Open source is no longer the way of the future—it is the way the new CEOs are wired.

These young startup entrepreneurs will soon graduate to executive positions at large U.S. corporations, and will bring their trusted like-minded soldiers with them to radically evolve the culture of the business. In less than ten years we will witness open source software coming out of Goldman Sachs or Bloomberg. The companies that don’t embrace these open movements will simply fail, because the culture of secrecy and fear is a thing of the past.

What to read next
Tags
Business
Leadership and management
Daniel Doubrovkine 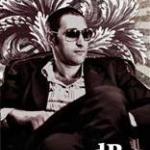 Head of Engineering @artsy. Follow me @dblockdotorg.
More about me