Open For Business: The reputation economy of open source--do you take the egg roll?

Open source software has been referred to as a "gift economy," one where valuable goods and services are exchanged without the expectation of payment. That’s fine, so far as it goes, but when it comes to businesses involved with open source software, I think the term "reputation economy” is more accurate.

Several years ago, I was working just west of Sydney, Australia, in a town called Parramatta. It was about a ten-minute walk from my hotel to the client's site, and this walk took me along Parramatta’s main street.

One evening, as I returned to my hotel, I almost bumped into a woman who’d emerged from a doorway carrying a plate of food. She surprised me at first, but then I realized that I was walking past a Chinese restaurant and that the plate contained mini egg rolls. She was giving out samples, trying to entice customers to come in and have dinner.

For some reason (probably because I’d just finished a day at work), that struck me as a good analogy to open source software, or at least to the business of promoting it.

Imagine that you are an executive of a large company, and that over the years you’ve become accustomed to the expensive licensing and lifecycle management of commercial, enterprise software. Suddenly, someone pops out of a doorway and says, "Here! Try this software, it's free!"

Your first thought would likely be similar to mine in Parramatta: "Is it safe?" My business takes me all over the world, and while I rarely fear for my physical safety, any approach from a stranger usually merits some increased level of caution. So, though I wanted an egg roll, I didn’t just scarf one down. I thought about it first. Were they safe to eat? Context is everything, and since being offered food in front of a restaurant is much different than, say, being offered the same food in an empty parking lot, I decided the egg roll was probably all right.

Your second thought about this free software (as was mine about the egg roll) might well be, "What's the catch?" Rarely in this world are you offered anything for free, especially from a stranger. Within the context of the Chinese-restaurant example, the catch is obvious--I eat the egg roll, find it tasty, and decide to eat dinner at the restaurant.

In some ways, I think this example explains whatever success the "open core" business model has experienced. This is the model where part of the code is published under an open source license, but in order to get more powerful features, or support, you must pay for code published under a proprietary license. Going back to our theoretical executive, this is something they can relate to--it is basically the same commercial software model with which they are experienced. They understand that the open source part is just an enticement--an egg roll.

But what about true open source software? How does one get across that powerful software is available for free when prospective customers are used to paying for it? How do you convince them there’s no catch?

This is where the idea of "reputation" is important. There’s a level of trust that comes with knowing someone; for example, you’re more likely to accept a dinner invitation from a friend than from a stranger. The best way for a company to become known to potential clients--to build that trust--is to develop a strong, positive reputation.

As open source software becomes more mainstream, the importance of reputation will grow. Take the market for smart phone applications--there are two main approaches. On the one hand, you have the Apple App Store, which is tightly controlled. Software seems to get rejected for a number of arbitrary reasons. This can be frustrating for a developer, as a lot of effort can be expended on an application that may be denied, and for users, who have to wait for Apple approval for new releases. The upside is that the amount of malicious software distributed is minimal.

On the other hand, there is Google's Android Marketplace. The requirements for submitting software are less strict, though this is in exchange for a greater amount of possible malware. However, since Android is based on open source, there are also more options. Users don't have to rely exclusively on Google for code; if they want, they can get their software from Amazon's Appstore for Android (among others) or directly from the developer. In short, they can buy their software from the company they trust most--the one with the best reputation.

Within the Wild West that is open source, I expect that as these "islands of reputation" develop, the adoption of open source will become more commonplace. Once consumers know who the can trust, they’ll be less afraid to give open source a try.

Take Red Hat (the main sponsor of this website) as an example. They have been around for well over a decade, they are publicly traded, they have offices in a number of locations--all of which put enterprises more at ease when considering their products. I am writing this on a computer running Ubuntu. I've decided to trust Canonical to keep my computer safe and up-to-date so I can focus on other things.

You don't have to be as big as Red Hat or Canonical in order to develop a reputation, but it does take time. As with any business, one negative review has more impact than ten positive ones, so be sure to run your business with the highest level of propriety possible. There is often the temptation to take shortcuts. For example, a competitor to my company posted a comparison that portrayed our products in a negative light. This is a fair, if not questionable, strategy, but the problem was they were completely wrong. Now, if I ever find myself in a competitive situation with them, all I have to do is bring out that document and point out the inaccuracies. They have damaged their reputation in exchange for a pretty piece of marketing fluff.

This is where the transparency inherent in the open source way can help--the more open you are about your business with the public, the easier it is to build a reputation that will win you customers. Be honest about the strengths and weaknesses of your software, as well as the costs and benefits of your services.

In short, keep your focus on the main meal. Do that right, and you can forget about the egg roll. 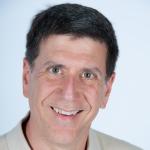