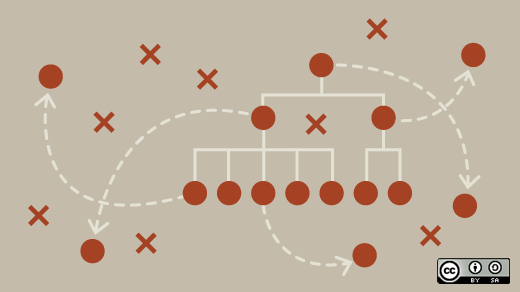 How do you manage a very large, very complex organization that is geographically disbursed in many different countries around the world? You already know that the outdated hierarchal organizational structure won’t work and if you are like many companies you are probably beginning to realize that the matrix type structure (where each employee reports to both a task manager and a resource manager) has its own limitations.  Electronic Arts (EA) established cross-company virtual communities that provide the benefits of coordinated decision making while preserving the independence required for creativity and innovation.  These communities are supported by a unique governance structure and a fun and engaging technology platform.

Electronic Arts Inc. is a leading global interactive entertainment software company. EA develops, publishes, and distributes interactive software worldwide for video game systems, personal computers, wireless devices and the Internet.  The company’s 2011 revenues were more than $3.5 billion, and it has 8,000 employees in more than 23 countries.

Recently EA underwent a transformation like it had never experienced before. EA had to reinvent itself by embracing the digital disruption affecting the media and entertainment industry and transform itself from a packaged goods business to a fully integrated digital entertainment company.  EA’s digital business now supports nearly $1B of its revenue.

Navigating through EA’s recent transformation required EA leaders, managers, and employees to find new way of working together. EA has long proven that the concept of fostering communities of gamers provides a great source of ideas and requirements that produces a higher quality product. Until recently, EA had never really embraced this same concept internally – to engage your workforce to connect, share information and ideas, and ultimately to collaborate to deliver innovative solutions to complex problems.  EA set forth to establish a set of services and capabilities that supports a set of social networks and communities to:

Electronic Arts launched internal collaborative communities in 2009 across its globally distributed workforce. Its goal was to gain the efficiencies of a large enterprise without compromising local teams’ autonomy or creativity.

The concept was based on an analogy described by EA’s CEO, John Riccitiello, that was used to communicate EA’s transformation to a new social organization as the difference between a swim meet and water polo match. At a swim meet, each group competes by having its swimmers compete individually in different events and by swimming in their own lanes with little interaction between teammates. A water polo match, on the other hand, features two teams, each comprised of individuals working together by collaboratively passing the ball to score goals.

The communities formed at EA were more than just like-minded people discussing topics of interest. They were empowered to make decisions and to deliver. EA’s communities could recommend the next technology roadmap or they could change a business process to become more effective or efficient. There were no limits placed on the types of communities within EA. A community could be a service-based community (business intelligence, enterprise application support, facilities); it could be a role based community (project managers, system engineers, security specialists); or it could even be formed around a technology (servers, storage devices, ERP) or business process  based (game development lifecycle, order fulfillment, etc.) . Whatever the type, the goal was that this community would improve the organization or the products it produced.

What makes EA’s approach to communities distinctive is the “light” governance model to manage and operate their communities.  Socially, people naturally gravitate towards each other to share experiences or to explore a common interest. Many of these interactions are conversational in nature. Within the enterprise, the real power of communities is to embrace these same concepts but also to  work collaboratively to achieve a common goal – to create a new product or service, improve the effectiveness of a business process, or even to eliminate operational inefficiencies. To achieve its goals and to empower its communities to make decisions, EA explicitly focused on a “light” governance structure that promotes the organic interaction of social networks but also empowers them to produce a desired business outcome.

The defining characteristics of EA’s community governance model include:

3. Roles within the actual communities themselves. Each of EA’s  communities have the following roles:

EA’s approach is only one of many possible, but it does illustrate the kind of light governance structure needed to support the ongoing work of effective communities.

There were many lessons learned when communities and social networks were first introduced to Electronic Arts.

The first hurdle was explaining the role that the communities played within the enterprise.  Employees were used to the traditional organizational team structure and they were used to working in project teams. Initially there was some confusion about how this new communal model would not conflict with the efforts already underway within teams and projects. The solution was to educate, communicate, and use real life examples of how and where a community could act as a catalyst to find information quicker, make the work easier and/or allow decisions to be made quicker. Through many seminars and meetings the Community Champion educated the staff that communities really transcended traditional organization structures and in fact fulfilled much of the “white space” or interactions between different teams. Communities were really there to harness the creative power of individuals no matter their role, their team, or if there was an officially funded project in place.

Another challenge was convincing the employees that participating in a community was not another “job” they had to do on top of their existing workload. Initially the employees were convinced that they were going to be forced to participate in a community, contribute to a discussion, or write a knowledge article. Again through education and examples, people eventually understood that the communities were a source of help and a way to make decisions even faster. When people collaborate, they have to connect with each other, collaborate in white boarding sessions, and follow up with emails or meeting notes. Communities still embraced these concepts but made the interactions virtual, quicker, and in some cases fun.

The platform used to enable the communal and social interactions was also key to adopting communities. The platform had to be intuitive, engaging, and offer the content people need in a way they can easily digest. Some capabilities offered in the EA solution capitalized on many Web 2.0 technologies readily available like personalization, single sign-on, advanced search, member ranking, ask-and-answer forums, activity streams, just-in updates, rich media content, and some kind of rating of the most popular content and contributions.

Getting people to interact in a community was also a challenge. How does one ignite the community so it can soon become organic and self sustaining? EA explored many different options.  Healthy completions and incentives were offered to promote interactions and contributions. Even something as simple as peer recognition was also a powerful tool. The more a community member contributed or spent time within the community, the more that person’s “ranking” would increase. For example a new member would have a ranking of novice, while an experienced member would have a ranking of subject matter expert.  EA even turned to launching some of their communities with an old fashioned meeting, but a meeting where people would want to attend. For example when initiating the Project Management Community many years ago, Agile software development was still a new concept. Working with the community team lead, the community champion invited an outside instructor to come talk to the community in a brown bag seminar. After the seminar, the questions and discussions were held on the community platform which in turn spurred other related discussions. It wasn’t long until the Project Manager Community was off on its own.

The communities transformed into a focused set of groups that now engages 75 percent of the IT organization—20 percent being highly active—in making connections across the enterprise, sharing ideas, and collaborating to make decisions. The communities were achieving what EA wanted—the benefits of scale without compromising the independence and creativity that makes EA unique.

When creating the charter each community was asked to create its own objectives, goals, benefits and success criteria. Something that was relevant and meaningful to that community.

Some common goals were:

Some common benefits were:

Some common measures that most communities adopted to monitor the health and vitality of the community:

One of the most active communities at Electronic Arts is our Animation community. We have taken a multi-year approach with multiple prongs to build, foster and enable community members to share knowledge across geographical and organizational boundaries.

The approach started more than five years ago with the hosting of a workshop where over 50 programmers, artists and designers met in person and participated in a 3-day interactive event. The workshop provided an opportunity to meet and connect with like-minded individuals, share best practices and lessons learned, and establish the first online community. The online community now hosts content such as articles and videos from across EA, including internal and external workshops/conferences where we record presentations so everyone can benefit from them.

In the five year period, we have hosted four worldwide workshops inside EA each with 50 or 60 participants. From the workshops, we have generated over 75 presentations (video of session and accompanying PowerPoint deck) that have been viewed thousands of times inside EA. In addition, other key events inside EA generate content including:

Some additional artifacts of the community include:

To gain some understanding of return-on-investment one simple story shows the benefit of supporting the online community. Multiple teams at EA have used a plug-in to our animation system that controls locomotion of humans.  This plug-in of code is very advanced technology that took a team of a few programmers and artists to initially create and advance to a shareable state. The cost of this initial work is conservatively in the $250,000 range based on staff months invested in design, coding, testing, etc. This plug-in has now been used by over 10 teams at EA with little to minor modifications to the original work. This means that a $2.5 million dollar savings has occurred through sharing fostered by community activities.

As you can see from this case study, establishing a community takes significant investment, but when undertaken in a thoughtful and engaging manner can reap large benefits in quality, innovation, efficiency and cost savings.

EA’s experience also makes clear the need for management to support mass collaboration—management not in the sense of controlling but in the spirit of working within the community to help members refine their purpose as well as to motivate participation, generate a flow of ideas, and facilitate decisions should the community become deadlocked.

Among the key lessons:

Special thanks to Dennis Self, former SVP and CIO of Electronic Arts, who was the innovator and major driving force behind Communities and Social Networks within Global IT at Electronic Arts.

Special thanks to Bert Sandie, "Director of Technical Excellence" at Electronic Arts, who continues to evangelize the concepts of knowledge excellence within the enterprise and to the EAK team who developed the suprurb technology platform to enable EA to to connect, share information, and make work more social.

What to read next
Tags
Business
Community management
Michael Cuthrell 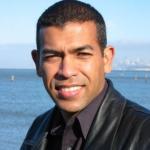 I'm CIO of Services at Electronic Arts. Me in three: 1) I enjoy working on initiatives that allow me to interact with people and build relationships.
More about me