What Network Function Virtualization means for OpenStack and open source

Last week's launch of OPNFV is a good opportunity to think about a simmering debate in the OpenStack developer community for a while now—what exactly does NFV (Network Function Virtualization) have to do with OpenStack, and is it a good thing?

My own "journey" on this started exactly one year ago today when I visited a local Red Hat partner to talk about OpenStack and, towards the end of our Q&A, I was asked something like "will OpenStack support NFV?" I'd never heard of the term and, when the general idea was explained, I gave a less than coherent version of "OpenStack implements an elastic cloud for cattle; this sounds like pets. Sorry." After the meeting, the person who asked the question forwarded me an NFV whitepaper from October 2012 and, glancing through it, most of it went right over my head and I didn't see what it had to do with OpenStack.

Since then, Red Hat's Chris Wright has been patiently talking me through this space and gently trying to get me over my initial skepticism. Chris would say that our conversations has helped him refine how he explains the concepts to open source developers, and I think he really nailed it in his keynote at the Linux Foundation's Collaboration Summit in April.

In his keynote, Chris talks about the benefits of collaboration in open source and walks through all of the various aspects of how the networking industry is changing, and how open source is playing a key part in all of those changes. He covers, and simplifies:

But let's focus here on NFV.

I really don't know much about the telco industry, but what Chris has me imagining now is data centers full of proprietary, black-box hardware appliances which are collectively know as "network functions" or "middle boxes." These boxes are used for everything from firewalls, NAT, deep packet inspect (DPI), the mobile packet core, etc. These are software applications trapped in hardware. They're expensive, proprietary, slow to roll-out, don't always scale well and are hindering telco service providers as they attempt to react to a rapidly changing market.

NFV is about completely re-thinking the architecture of these data centers. This is the telco industry re-imaging their data centers as elastic infrastructure clouds running their "network functions" as virtualized, horizontally scalable applications on these clouds. The exciting—simply stunning—aspect of all of this for me as an open source advocate, is that the telco industry is settling on a consensus around an architecture involving open source generally and OpenStack specifically.

Say that again? These huge telcos want to rebuild their entire data centers with OpenStack and open source? Yes.

If, like me, you want to see open-source change the IT world into one where we all embrace the opportunity to collaborate in the open, while still successfully building building businesses that serve our users' needs … then this sounds pretty cool, right?

If, like me, you want to see OpenStack as the standard platform from which many of the worlds' elastic infrastructure clouds are built, then this sounds like a no-brainer, right?

Well, the thing we need to bear in mind is that these applications (i.e. network functions) are pretty darn specialized. They need to have a high level of performance, determinism and reliability. But that does not necessarily mean they are "pets" and missing one of the key points of an elastic cloud.

Let's take the reliability requirement—when these network functions are implemented as horizontal scale-out applications, they will look to achieve high levels of reliability in the same way that typical cloud applications do—with each tier of the application spread across multiple failure domains, and by spreading application load horizontally. Telcos will just want to take this further, with faster and more deterministic response to failures, while also avoiding any compromise to application's performance. For example, you'll see a lot of interest in how instances are scheduled to take to into account affinity and anti-affinity within an instance group.

The performance requirement is largely about high-performance packet processing. How to get a packet off the network, into a VM, processed quickly and back out again on the network. One of the techniques being pursued is to give VMs direct physical access to the network via SR-IOV which, in turn, means the compute scheduler needs to know which physical networks the NICs on each compute node has access to.

The deterministic requirement is about predictable performance. How to avoid the vagaries of the hypervisor and host OS scheduler affecting these performance-sensitive applications? You'll see work around allowing operators to define flavors, and application owners to define image properties, which between them control things like vCPU topology, vCPU to pCPU pinning, the placement of applications in relation to NUMA nodes and making huge pages available to the applications. Compare to Amazon's memory-optimized and compute-optimized flavors, and imagine this being taken a step further.

Oh, and another requirement you'll see come up in this space a lot is IPv6 everywhere! I'm certainly down with that.

The more you dig into the specifics of what we're talking about here, start breaking this down into tangible concepts without all the acronyms and buzzwords, you start to realize that this really is the telco world embracing everything that OpenStack is all about, but just pushing the envelope a bit with some requirements which are a pretty natural evolution for us, but we might not otherwise have expected to come about for some time yet.

I guess the summary here is that if you're skeptical, that's cool, you're not alone. But please do take the time to see through the complexity and confusion to the simple fact we're poised to be a key part in turning the telco data center, and how this is just another exciting part of our goal to "to produce the ubiquitous open source cloud computing platform." 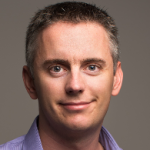 Mark McLoughlin is a consulting engineer at Red Hat and has spent over a decade contributing to and leading open source projects like GNOME, Fedora, KVM, qemu, libvirt, oVirt and, of course, OpenStack. Mark is a member of OpenStack's technical committee and the OpenStack Foundation board of directors.
More about me