Moving towards an open source cloud with OpenStack

Over the past years, I've played a leading role in helping to bring openness to the storage industry. At Nexenta, we inherited great technology from Sun Microsystems and went to market with an open core business model. This model, and a lot else, worked well and Nexenta has been called "the most disruptive storage company of the last 10 years" in part because of the impact we had on legacy, lock-in based proprietary vendors.

When I decided to leave Nexenta and to get back into the early stage of start-ups, I dug into OpenStack immediately. For an infrastructure entrepreneur with open source leanings, OpenStack is inspiring. The cloud and the software defined data center is too important to leave to proprietary software vendors and cloud service providers.

In short, I'm more than a little biased.

So keep that in mind when I say I think we can do better as a developer community.

For a generation we've heard that developers are starting to become more important as buyers of technology, not just as the creators of technology. And now, without a doubt, those of us that code, rule the budgets. Or do we?

So let me reiterate—your own code is generating money for a provider that is itself taking potential users from you without doing too much in the way of helping the quality and capability of your code.

On the other hand, OpenStack shows the tremendous power of open source when adopted both by developers and by leading technology companies. Already there are thousands of developers contributing to OpenStack. While it is behind in features and capabilities versus some alternatives, the second derivative—the rate of contributions—is catching up.

So, what can we do to avoid this potential tragedy of the commons and to accelerate OpenStack catching up with proprietary public cloud providers?

The value to you of moving away from a dependency on close infrastructure is more than removing some of the oxygen from a company whose relationship with open source is somewhat fraught. If you follow the above you will also truly have removed some technical debt and achieved a more flexible operating environment. In turn, this flexibility translates into better applications, better user experience, cost savings and revenue boosts.

What to read next
Tags
Business
Cloud
OpenStack
Evan Powell 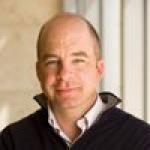 Evan is the CEO and co-founder of StackStorm. With 15+ years experience in infrastructure software, Evan was previously the founding CEO of Nexenta Systems, where he helped create the software defined storage market and achieved over $350M of annual partner sales. Prior to Nexenta, Evan co-founded Clarus Systems.
More about me