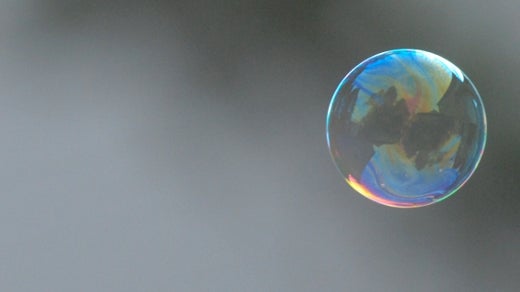 In the first of this series on Docker security, I wrote "containers do not contain." In this second article, I'll cover why and what we're doing about it.

Docker, Red Hat, and the open source community are working together to make Docker more secure. When I look at security containers, I am looking to protect the host from the processes within the container, and I'm also looking to protect containers from each other. With Docker we are using the layered security approach, which is "the practice of combining multiple mitigating security controls to protect resources and data."

Luckily, with Red Hat Enterprise Linux (RHEL) 7, we get a plethora of security features.

Some Linux kernel file systems have to be mounted in a container environment or processes would fail to run. Fortunately, most of these filesystems can be mounted as "read-only".  Most apps should never need to write to these file systems.

Docker mounts these file systems into the container as "read-only" mount points.

Linux capabilities are explained well on their main page:

Removing capabilities can cause applications to break, which means we have a balancing act in Docker between functionality, usability and security. Here is the current list of capabilities that Docker uses: chown, dac_override, fowner, kill, setgid, setuid, setpcap, net_bind_service, net_raw, sys_chroot, mknod, setfcap, and audit_write.

It is continuously argued back and forth which capabilities should be allowed or denied by default. Docker allows customers to manipulate default list with the command line options for Docker run.

Docker removes several of these capabilities including the following:

The two most important features that removing CAP_SYS_ADMIN from containers does is stops processes from executing the mount syscall or modifying namespaces. You don't want to allow your container processes to mount random file systems or to remount the read-only file systems.

You can even remove all capabilities or add them all:

This command would add all capabilities except sys-admin.

Some of the namespaces that Docker sets up for processes to run in also provide some security.

The network namespace can be used to implement security. The admin can setup the network of a container with routing rules and iptables such that the processes within the container can only use certain networks. I can imagine people setting up three filtering containers:

One type of attack on a system could be described as a Denial Of Service. This is where a process or group of processes use all of the resources on a system, preventing other processes from executing. cgroups can be used to mitigate this by controlling the amount of resources any Docker container can use. For example the CPU cgroup can be setup such that an administrator can still login to a system where a Docker container is trying to dominate the CPU and kill it. New cgroups are being worked on to help control processes from using too many resources like open files or number of processes. Docker will take advantage of these cgroups as they become available.

Docker takes advantage of the special cgroups that allows you to specify which device nodes can be used within the container. It blocks the processes from creating and using device nodes that could be used to attack the host.

Device nodes allow processes to change the configuration of the kernel. Controlling which devices nodes are available controlls what a process is able to do on the host system.

The following device nodes are created in the container by default.

The Docker images are also mounted with nodev, which means that even if a device node was pre-created in the image, it could not be used by processes within the container to talk to the kernel.

Note: The creation of device nodes could also be blocked by removing the CAP_MKNOD capability. Docker has chosen to not do this, in order to allow processes to create a limited set of device nodes. In the futures section, I will mention the --opt command line option, which I would like to use to remove this capability.

Apparmor is available for Docker containers on systems that support it. But I use RHEL and Fedora, which do not support AppArmor, so you will have to investigate this security mechanism elsewhere. (Besides, I use SELinux as you well know.)

First, a little about SELinux:

I will use some of the cartoons from that article to describe how we use SELinux to control the access allowed to Docker container processes. We use two type of SELinux enforcement for Docker containers.

Type Enforcement protects the host from the processes within the container

The default type we use for running Docker containers is svirt_lxc_net_t. All container processes run with this type.

All content within the container is labeled with the svirt_sandbox_file_t type.

svirt_lxc_net_t is allowed to manage any content labeled with svirt_sandbox_file_t.

svirt_lxc_net_t is also able to read/execute most labels under /usr on the host.

Processes running witht he svirt_lxc_net_t are not allowed to open/write to any other labels on the system. It is not allowed to read any default labels in /var, /root, /home etc.

Basically, we want to allow the processes to read/execute system content, but we want to not allow it to use any "data" on the system unless it is in the container, by default.

Notice that we used "net" in the type label. We use this to indicate that this type can use full networking. I am working on a patch to Docker to allow users to specify alternate types to be used for containers. For example, you would be able to specify something like:

Then the processes inside of the container would not be allowed to use any network ports. Similarly, we could easily write an Apache policy that would only allow the container to listen on Apache ports, but not allowed to connect out on any ports. Using this type of policy you could prevent your container from becoming a spam bot even if it was cracked, and the hacker got control of the apache process within the container.

Multi Category Security (MCS) protects one container from other containers

A hacked container process is prevented from attacking different containers. The Docker daemon is responsible for guaranteeing that no containers use the same MCS label. This is a video I made to show what would happen if an OpenShift container was able to get on root a system. The same basic policy is used to confine a Docker container.

As I mentioned above I am working on a patch to Docker to allow the specification of different SELinux content. I will be allowing administrators to specify the label of the container.

This would allow people to start running containers in an Multi Level Security (MLS) environment, which could be useful for environments that require MLS.

SELinux currently will only work with the device mapper back end. SELinux does not work with BTFS. BTRFS does not support context mount labeling yet, which prevents SELinux from relabeling all content when the container starts via the mount command. Kernel engineers are working on a fix for this and potentially Overlayfs if it gets merged into the container.

Since Type Enforcement only allows container processes to read/write svirt_sandbox_file_t in containers, volume mounts can be a problem.  A volume mount is just a bind mount of a directory into the container, there for the labels of the directory do not change.  In order to allow the container processes to read/write the content you need to change the type label to svirt_sandbox_file_t.

I have written a patch for docker that has not been merged upstream to set these labels automatically. With the patch you docker would relabel the volume to either a private label "Z" or a shared label "z" automatically.

Hopefully this will get merged soon.

We have added lots of security mechanisms to make Docker containers more secure than running applications on bare metal, but you still need to maintain good security practices as I talked about in the first article on this subject.

My next article on Docker security will cover what we are working on next to further secure Docker containers.