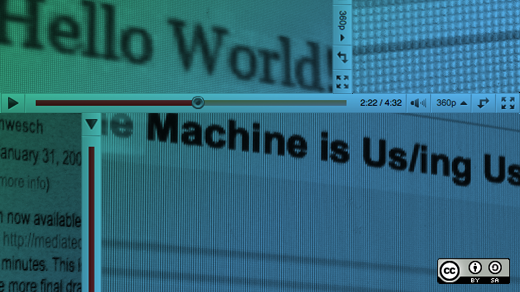 Can one be "sold" on open source?

Adelle Frank makes a case for that, claiming that she has not one but two favorite Linux distributions: Xubuntu and Lubuntu. She even used the latter to convert a family member from Windows XP, which should come as no surprise from someone who has CyanogenMod on her phone.

In her daytime role as web developer manager at Georgia Tech, Adelle creates code that makes Drupal easier to use in a secure and brand-coherent fashion. That same higher education atmosphere makes for a prime chance to lead a Drupal user group, which she does, and serve as a board member for the Atlanta group.

As if growing and nurturing the local community isn't enough, Adelle attends DrupalCon each year, which is where I ran into her in person instead of where I usually do, on Twitter. Here are some thoughts she had to share from her user perspective.

In a nutshell, what does Drupal mean to you?

Drupal is community of people using technology (code, content strategy, and design) to make the world better while earning a living. We are committed to the rewarding and painful task of continual improvement of our community, our ideas, and our code.

What are some misconceptions about Drupal?

Like many communities built around a European-born technology, Drupal can seem exclusionary and focused only on developers, Western concerns, a male perspective, or technology itself. But attendance at even one Drupal-related event will show how multifaceted and full of diverse talents and interests our community is. Getting to know my global Drupal family, whether over a board game or a conversation about food and loved ones, has been a real delight!

What was your main takeaway from DrupalCon Los Angeles?

That both open source and education have core commitments to sharing knowledge freely and to impacting the world for good through collaboration. We also share a similar challenge of how to encourage many small and unique contributions to a very large-scale project. There is some fascinating work going on in India to create social infrastructure in and around schools that makes Drupal knowledge and community easier to build and sustain.

What is something we wouldn't expect to hear about your role?

How much emotional intelligence contributes to my success. A great deal of the work I accomplish is because of the helpfulness of others: in testing projects, suggesting improvements, sharing knowledge with me, and even breaking sites!

What is your department's culture like, in the context of agile?

We do not yet use agile methodology. Taking time away from pressing projects to reassess development practices and implement agile processes is difficult. A lot of us are "traditional" Drupalistas who grew in an organic fashion, often starting as site builders, and assembled our skills in a somewhat disorganized way.

In a broader sense, open source projects will stay commercially viable by:

1) Continuing to focus on user experience

2) Attending to the training of new community members and incorporation of new ideas. For example, handling visual and audible elements (images, audio, graphs, video, etc.) is still a bit painful in most of open source land. My Mac makes it super easy to do basic image editing and even to create and manipulate PDFs. I wish media was as easy to manage in Drupal and Linux.

For Drupal 8, content strategy will be central to continued viability. We have always been about the management and reuse of content, but as Karen McGrane started us all thinking a few years ago, chunking content has become even more crucial with the advent of multiple devices (including tiny watch displays) and such a huge amount of information to handle.

Now, with the awesome common standards for coding and for using entities and view modes we have in Core, Drupal 8 could really establish itself as a key player in this field. For us to succeed, though, non-content strategists in our community must also become familiar with these concepts when planning to create, for example, content types. 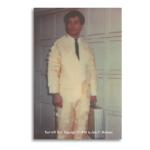