The next generation of continuous integration

Each job is triggered by the successful completion of the previous job, and the first job is triggered by a change in the version control source code files. Of course, it can be more complex if you are targeting multiple binary platforms or if you are building a set of components to be able to test your full application.

But what happens when a job fails? According to Jez Humble and David Farley in the reference book Continuous Delivery, you have to first follow this rule: "Don't Check in on a Broken Build." In other words, don't make it worse by pushing other changes. If you do, you won't be able to know the cause of the breakage. Humble and Farley suggest using one of these two strategies to handle breakages:

Of course, it could also be a mix: timebox the attempt to fix and then revert if outside of the allowed time.

This could work in small team when you can stop all the teammates from committing but even in small teams, this process often results in a CI that is red for long periods of time. You need to enforce a good discipline to succeed with this kind of CI or you can switch to the new way to do CI.

Current-generation CI is centered around the CI server. Changes are detected by the CI server and triggering jobs.

In next-generation CI, the system is centered around the code review system to be able to do actions before a modification is merged into the versioning system.

The decision of whether or not to implement a teammate code review process is up to you. I really recommend doing it to improve the quality of your code, but that's orthogonal to the CI system. Anyway, the important thing to understand is that the triggering of builds and tests are done by a new submission to the code review system. And once all the tests are green, the merge of the code to the master branch happens. This way, your master branch is always green and your developers can work in parallel on their modifications. This new CI system allows you to scale your automation effort and be fluid, as there are no longer blocking issues.

This new approach to CI has been implemented at scale in the OpenStack project to manage the CI of all the different sub-projects. To give you an idea of the scale, every day OpenStack handles 1,000 proposed patch sets, 7,500 posted comments and votes on Gerrit, 16,000 test environments spawned, and 250 changes merged (source).

To implement this next-generation CI system, the OpenStack project uses the following components:

These tools allow for parallel tests of the same project by using speculative merging strategies. If multiple reviews for the same project arise at the same time, Zuul is able to to test them in parallel by stacking them in a speculative manner. For example, if the reviews were named A, B, and C, Zuul will test A, A+B, and A+B+C in parallel. If they all succeed, it will have been the same as if A was tested and merged, then B was tested on top of the branch (A) and then merged, and the same for C on top of A+B. This speeds up the process a lot when you have multiple contributors to the same project.

Zuul is also able to manage cross-project dependencies, allowing the merging of reviews between repositories. That's key in a git world where your components live in different git repositories.

For big teams or even for small teams, you can benefit from this workflow for your project by configuring the previously described components. There are puppet modules that can be used to configure these services easily.

Another way is to use our own integration of these services called Software Factory. You will get the following features:

If you want to test drive Software Factory, just follow the documentation at softwarefactory-project.io/docs/deploy.html.

Keep us posted on what you have achieved using this new way of doing CI! 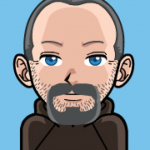 Frédéric Lepied is a Senior Manager at Red Hat. He has been involved with the Open Source movement since 1996. Contributing to Debian and XFree86, then becoming CTO for MandrakeSoft/Mandriva. He has always written and coordinated projects using Python (rpmlint, lads, msec, pxemngr, edeploy). At Red Hat, his team is contributing to OpenStack and building advanced CI/CD solutions.
More about me