I've been designing and developing commercial software for more than 30 years, and I'm pleased to announce that for the first time, some of my software has been released as a new open source project. For open source at Dell, it's a Java project called Mensa.

Mensa is a Java class library. As such, the primary Mensa user is a programmer working in Java. However, I'm currently involved with a team that is using Mensa from C# (using IKVM.NET), but that's a subject for another time. Feel free to contact me if you're specifically interested in that.

Mensa in a nutshell

Mensa provides a robust and efficient solution to a class of pattern matching problems. Specifically, Mensa makes it easy to find any or all occurrences of any keywords within a source text. For example, finding all references to named characters (the keywords) in a novel (the source text).

Mensa is efficient in that it will quickly process source text in a single pass, regardless of whether it's searching for one keyword or a million keywords.

Mensa is generic in the sense that it is not limited to matching textual data. Instead, a source text is, by definition, an arbitrarily long sequence of symbols. The actual data type of these symbols can be anything—characters, bytes, numbers, hieroglyphs, musical notes, nucleotides, etc.

For a number of years, beginning within Quest Software and continuing within Dell software (after a company acquisition), the core Mensa contributors have been working on platform technologies for discovering, mapping, and integrating otherwise disconnected data across various enterprise information sources. One key ingredient in such solutions is the ability to accurately and efficiently find stuff.

Most recently, we have focused on delivering automatic digital asset classification technologies, such as those used by Dell One Identity Manager Data Governance Edition classification module.

We had been using licensed, third-party software for dictionary-based keyword searching, but for a variety of reasons we knew that component would eventually need to be replaced. About a year ago, we began looking for open source alternatives. However, no available open source solution had all the elements we were looking for: generics, flexibility, fuzzy matching, large dictionary efficiency, etc.

So, in early 2014, I set out to create a new 'Java Aho-Corasick Library' that would satisfy all of these requirements. Later, we changed the name to 'Mensa'.

The standard Java library includes support for finding specific patterns within character strings. There are two basic mechanisms to choose from:

These approaches suffer in terms of performance as the number of keywords increases. The standard library functions are limited to finding character keywords in character texts. There is no way to use built-in functions, for example, to find all sequences of "317, 206, 827, 1106" in an array of 10 million integers.

Each of these scenarios, respectively, is easily handled using Mensa:

Suppose your company has an internal company web portal containing many thousands of web pages. You've been asked to write a program to determine how many times each employee is mentioned anywhere within that portal. You have access to an HR database that contains the full names and, in some cases, the nicknames of every employee in the company, of which there are roughly 25,000.

At a very high level, a Mensa-based solution to this problem looks like this:

Mensa provides the ability to associate arbitrary data, called user data, with each keyword. This additional information is included with any match result. For this application, it would be useful to use this feature to store the employee's identity with each keyword.

This is especially important for nicknames—there could easily be more than one "Andy" in the company, for example. That way, each time the matching machine reports a match, you'll know not only the text of the match, but also the specific employee(s) being mentioned.

If this has whetted your pattern matching appetite, hop over to the Mensa project site where you can browse the Mensa Wiki and take a look at the Mensa source code examples. Then, download the latest release and build something cool!

What to read next
Tags
Business
Java
F. Andy Seidl 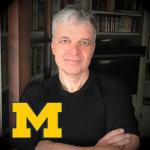