The main reason larger companies use open source Enterprise Resource Planning (ERP) systems is because they are cheaper and easier to customize.

In many cases, when you are implementing an open source ERP system for a large organization, a new interface shell is created outside of the core system to meet the business needs and line-up with the company organization. With commercial systems the existing interface is customized which makes upgrades difficult to say the least. A further reason that open source ERP is used is because you own the system and its full source content, there is no lock-in or dependency on the vendor, and you are more free on how you are going to implement the software. You can do this all by yourself or hire a provider.

Further, it saves your business costs in the long run. When an open source ERP is used there are typically no license or software maintenance costs. In many cases, the external consultants and programmer fees are lower. Most open source ERP software systems can use open source databases and operating systems, giving you a license-free option. Commercial ERP systems often need expensive commercial databases and operating systems.

Large company IT departments appreciate that an open source ERP has is of higher quality, because many independent, often passionate developers have looked at it, criticized its code, and contributed enhancements. Competition between developers is very common in open source software and improves quality. Open source is often built on other open source projects and database models, so open source does not re-invent the wheel, which is what often happens in commercial systems.

Open source ERP systems are easier to upgrade when customizations are properly implemented (outside the base system) than with commercial systems, and upgrades can therefore be done much more often (every three months to monthly) without disruption of the production system.

Are there disadvantages? Sure, but only a few.

Often documentation of the commercial system is better for the standard supplied system too. However, if you are going to modify the user interface anyway, this documentation will not help you much when you need to customize the system to suit your business needs. Another disadvantage could be that open source ERP is still relatively new in large organizations. Because of this, it is sometimes difficult to convince an accounting department or other decision maker to use open source software. Lastly, auditors may not be familiar with a new interface and do not know the system yet. However, training can be easily implemented to avoid these complications when deploying a new system.

If you want to easily customize the system to your needs, save substantial amounts of money, and avoid vendor locked-in, the choice is easy: go open source.

A version of this article posted on LinkedIn by Hans Bakker. Republished under Creative Commons with author permission.

What to read next
Tags
Business
Hans Bakker 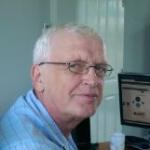 Please check my profile at http://hansbakker.com
More about me